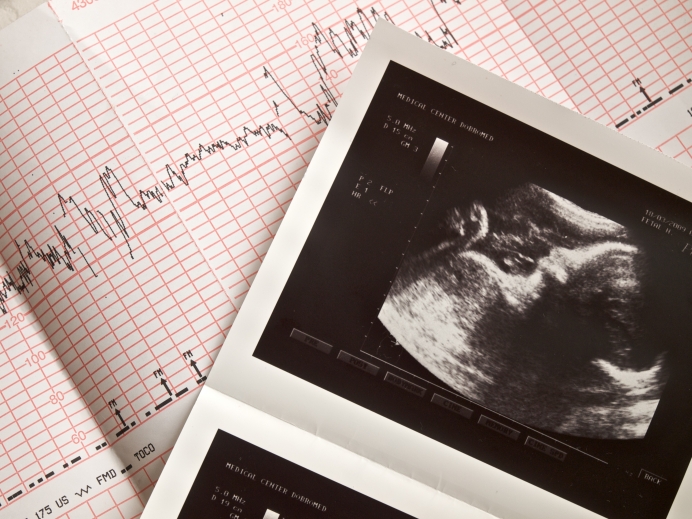 How We Save the Lives of the Unborn, One Question at a Time

As she worked on my hair, “Brittany” mused aloud on my question about her beliefs concerning the afterlife.

“My best friend died a few years ago,” she said. “I think of him as my guardian angel now. I don’t know, but that’s what I think.”

Brittany was articulating a notion that—for a variety of reasons, has taken root in American culture—namely, that those who die somehow morph into angels who provide a comforting presence, and even guidance, in our lives.

I’ve heard this idea from clients at our pregnancy center quite a few times. Often, it’s a dear grandmother who has passed away, and the girl believes Grandma isn’t really gone; she is still nearby and able to help her.

While there are a number of problems with this unbiblical view of life and eternity, none looms larger than the next (il)logical step some women do take: If those who die become our guardian angels, then the baby I abort can become a source of comfort and guidance in my life.

In this way, our postmodern, relativistic, post-truth culture has set young women up to believe a double lie. Since there are no moral absolutes, it’s okay to end your child’s life by abortion—and since your personal notions about truth should be embraced, then that same child can become your guiding light.

Another version of this lie is that a baby can be aborted, but that baby has the ability to come back at a later time, when the mother is “ready.” (How convenient … and how scientifically and theologically unsound.)

This all sounds quite pretty, but it’s a horribly deceptive fantasy with extremely high stakes. Satan is sneaky. He poses as an angel of light. He’s more than willing to paint a lovely picture in order to cover up the truth.

So how do we deal with this mindset? How do we help someone who believes fairy tales about what happens (and what doesn’t happen) after death?

In other words, how can we help those who are biblically illiterate understand the truth about life after death—and life in the womb?

A young woman who attended church as a child may have misunderstood Matthew 22:30, “At the resurrection people will neither marry nor be given in marriage; they will be like the angels in heaven.”

This Scripture says we will be like the angels, in that people will no longer be married in heaven. Nowhere does the Bible teach that human beings will ever become angels. The person who has just enough Bible knowledge to be confused needs to know what the Bible really says on this topic.

What about those who have no Bible knowledge at all, or who don’t value what it says?

When we come across thinking such as, “After the abortion, my baby will be my guardian angel,” we can challenge people’s thinking by asking good questions.

Here are a few helpful questions which I gleaned a couple of years ago in a workshop by John Stonestreet of the Colson Center for Christian Worldview:

Sometimes the confusion is not theological, but biological. Just recently, I spoke with a not-quite-15-year-old. Without batting an eye, she told me that a baby starts out as a parasite, and then later becomes a baby.

“What makes you call it a parasite?” I asked. “How would you define that word?”

“Well,” she offered, “Because it feeds off of you, but then later, when it’s growing, it’s a baby.”

I told her what happens at conception—how all the DNA is in place, that things like gender, hair color, eye color, even personality, are already determined.

“Really?” was her wide-eyed response.

What I thought was obvious was brand-new information to her.

I suspect this girl picked up her flawed understanding of biology from a peer, or something on social media. Because she was so young and did not want to have a baby, it sounded good to her.

Thankfully, her test was negative. Had it been positive, she may well have sought abortion as the means to rid herself of the “parasite” in her body—at least, those were her thoughts heading into our conversation. Another girl might seek abortion because she believes it is morally permissible, and in fact, ultimately to her advantage spiritually and emotionally, according to the guardian angel delusion.

Tweet This: 4 questions that can help save a life. #prolife #pregnancy #abortion @susannemaynes

As representatives of Christ, we must speak into the confusion, misinformation and hodge-podge belief systems that keep people blinded to the truth, especially when a lie has the power to take a life. Good questions help people become aware of flaws in their thought process. Accurate information can dismantle faulty conclusions.