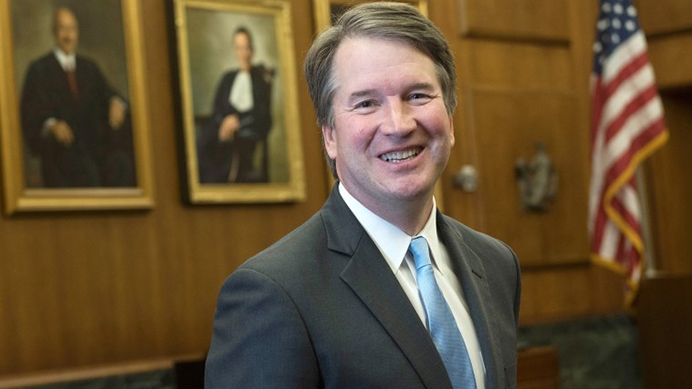 Kavanaugh, Roe v. Wade, and the Future of the Pregnancy Help Movement

Two weeks ago, with the retirement of Justice Anthony Kennedy, the tectonic plates of the U.S. abortion debate in the Supreme Court shifted for the first time in decades.

Since the announcement, speculation has run rampant about what this could mean for the future of abortion as we know it, as the loss of Kennedy—the major swing vote on abortion—upsets the Court’s decades-long pro-choice majority.

Monday night, the plates shifted again as President Trump announced his nominee, Judge Brett Kavanaugh, a D.C. Circuit Court judge with a judicial record friendly to the pro-life cause.

Judge Kavanaugh, a Catholic, a husband, and a father of two young girls, is said to be a defender of religious liberty, having sided with Priests for Life in their lawsuit against the Obama Administration’s contraception mandate.

In another major ruling, Kavanaugh dissented from a decision last year which required the Trump Administration to facilitate an abortion for an illegal immigrant teen girl, arguing that the government has a “permissible interest in favoring fetal life, protecting the best interests of a minor, and refraining from facilitating abortion.”

As the battle for the Court begins and Roe hangs in the balance, Heartbeat International—a worldwide network of more than 2,500 pregnancy help organizations—says its mission persists, perhaps stronger now than ever.

“If our experience around the world has taught us anything, it’s that overturning Roe is just the beginning to ending abortion in America,” said Jor-El Godsey, president of Heartbeat International. “Should the day come that Roe v. Wade is finally vanquished, pregnancy help centers will be at the ready to love and serve even more women, men, and children in need.”

Tweet This: Should the day come that Roe is finally vanquished, pregnancy centers will be at the ready to serve even more families in need. #prolife

To Godsey’s point, this week a New York Times story profiled the difficult experiences of women who procured abortions from around the world, even in countries where the practice is largely prohibited. The stories demonstrate the continued need for pregnancy help organizations, even after abortion is restricted.

Additionally, according to a Gallup poll released last month, only a very small minority of Americans (13 percent) actually support legalized abortion through all nine months of pregnancy, which Roe made possible.

But the 2016 election cycle sheds some light on where the public stands with regards to the Supreme Court.

Indeed, exit polling from Election Day found that one in five voters identified the Supreme Court vacancy as their most important issue. Those voters overwhelmingly supported Donald Trump (57 percent to 41 percent) who promised to nominate only pro-life Supreme Court justices.

Since Roe v. Wade was decided in 1973, approximately 60 million children have been aborted in the United States, with nearly 1 million occurring in 2014, the most recent year on record.

With more than 2,750 pregnancy help organizations located across the U.S., Godsey says the pregnancy help community is perfectly positioned to reach the many mothers who may still be considering abortion in the future.

“We look forward to seeing Roe overturned and abortion ended in this country, although we know that the needs of women and children will remain,” said Godsey. “Whatever happens to Roe in the months and years to come, for the pregnancy help community, one thing remains certain: We will continue to serve.”