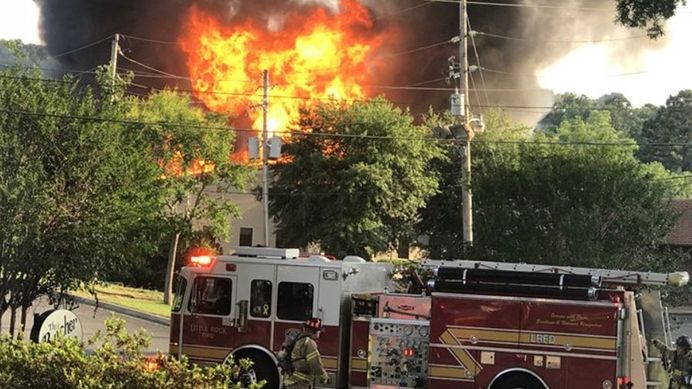 On May 20, Nicole Lashbrook pulled up to her pregnancy center to see firetrucks, community leaders, and newscasters surrounding the building her ministry called home for the last decade. Photo Courtesy: Nicole Lashbrook

When Nicole Lashbrook, executive director of Arkansas Pregnancy Resource Center, got a phone call on May 20 from a board member that a motion sensor went off at the office, she assumed it was just the Sunday cleaning crew. She was shocked to pull up to the center that evening to see firetrucks, community leaders, and newscasters surrounding the building her ministry called home for the last decade.

“We had been at that location for almost 10 years, so when the fire was there, we’re like ‘Oh goodness, there goes our work,’” Lashbrook said.

The fire, which was ruled accidental by the fire marshal's office, destroyed everything in the building: the center’s ultrasound, all of its medical supplies, all office equipment, and Baby Boutique donations. Even an authentic Mother Theresa-signed piece given to the center and hanging in Lashbrook’s office was burned in the fire.

“Everything was lost completely,” Lashbrook said. “We’re really starting from the ground up.”

Still, the greatest loss was the center’s location in Little Rock—right across the street from the abortion facility, Little Rock Family Planning, which, thanks to the U.S. Supreme Court, became the only abortion facility in the state just days after the fire.

On Tuesday, May 29, the Supreme Court declined to hear a challenge to an Arkansas abortion law which requires any facility performing chemical abortions to contract with a physician who has hospital admitting privileges. Consequently, Arkansas’s Planned Parenthood has stopped performing chemical abortions at its Little Rock and Fayetteville locations.

Now, Little Rock Family Planning is the only facility performing abortions, not only in Little Rock but in all of Arkansas.

“If anybody wants an abortion in the state of Arkansas, they're going to have to go to the abortion facility, which is located where we were before the fire,” Lashbrook said. “Our ministry found it very important to always be across from the abortion facility. We wanted to be that last place for women who change their mind, so that was very purposeful and strategic for us.”

Before the fire, the center, looking to expand, had bought a healthy relationships prevention education curriculum to use in schools and implemented a SaveOne post-abortion recovery group.

For Lashbrook and her team, the fire has certainly sped up their expansion.

“I guess this is God's way of saying, ‘You can do this, and you're doing this now. It's not a three-year plan. It is an immediate plan,’" Lashbrook said.

After the fire, the center operated out of Lashbrook’s kitchen for a week until a church offered them free office space for six months.

“My son who was out of school for the summer was like, ‘These women are in my kitchen. I'm trying to get breakfast.’ It wasn't that fun,” Lashbrook said. “We had a church help out and everyone's been so grateful.”

Now, Lashbrook says her center has plans to move into a new location this September—once again, right next door to the abortion facility.

In the meantime, they're making use of a new mobile unit they purchased from Save the Storks in October and opened in January. Another timely resource is the full-time development director the center hired the Friday before the fire.

In spite of all that was lost, Lashbrook finds peace in the fact the fire occurred on Pentecost Sunday.

“Pentecost Sunday, where the Holy Spirit comes upon us to help us evangelize, to help us bring the mission of the Gospels—for us, it was God ordained,” she said. “So since then, so many little miracles have been happening that really reinforced that it was going to be okay. “

The Arkansas Pregnancy Resource Center now has a rebuilding campaign called “Out of the Ashes” to raise funds for their new location, and support the mobile ultrasound vehicle in the meantime.

Tweet This: This pregnancy center was destroyed by an accidental fire in May. Now, they're rising out of the ashes. #prolife

“It's just been a wonderful experience that we've had such an outpouring of support from the community and it's really this platform for us. From these ashes, something better is coming,” Lashbrook said. “It's just going to help us rebuild to something stronger. It's really what God intends us to be.”

Heartbeat International—a network of more than 2,500 local pregnancy help centers throughout the world, including the Arkansas Pregnancy Resource Center—accepts donations to pregnancy centers affected by catastrophes through its HALO Fund. To make a gift today, click here. 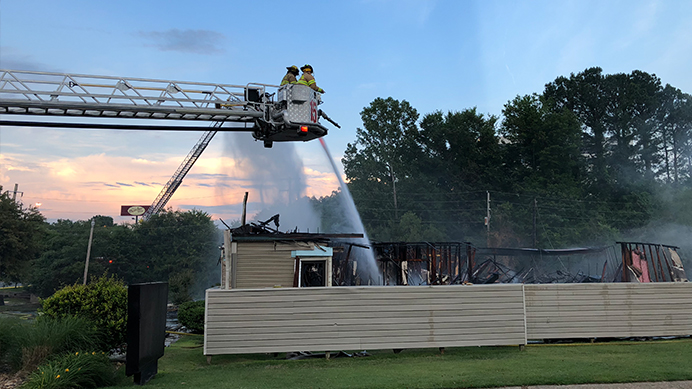 In the aftermath of the fire, Lashbrook says her center is now rising "out of the ashes." | Photo Courtesy: Nicole Lashbrook