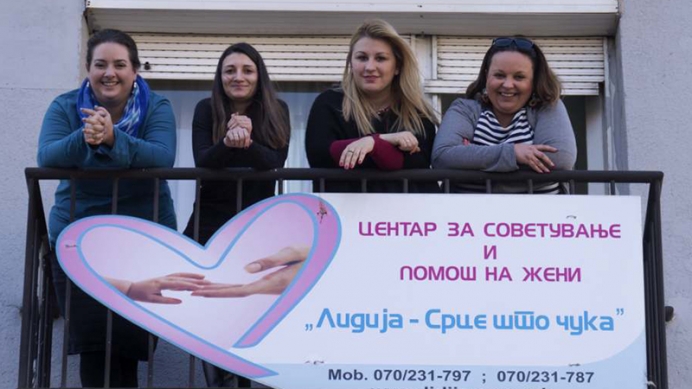 In line for their abortion at the Clinical Hospital in Shtip, Macedonia, the married parents of four children waited to receive the legally required counseling before their name would be called and their fifth pregnancy terminated. But in the few minutes they met with Daniela Jordanova, a counselor with Lydia - A Beating Heart, everything changed.

The parents realized this fifth child had just as much value as their first four.

So they asked the hospital to refund their abortion fees and went home. In a country where most families never consider having more than two children, this family welcomed their fifth child in January 2015.

That family happened to meet Jordanova during the four years when her pregnancy help center was the hospital’s contracted counseling provider. Twice weekly, Jordanova left her office to go give women and families one final opportunity to find a life-saving solution for an economically and socially difficult situation.

But despite dozens of stories like that family’s, that life-saving voice was banished from the hospital halls in November 2017.

That’s when political climate change brought the hospital under pressure to cancel the pregnancy center’s contract and find a different way to provide the mandated counseling. The hospital eventually capitulated, depriving families of both strongly pro-life counseling and the supportive relationships the Lydia team cultivates with families for whom pregnancy is just one of their many challenges.

For Macedonian families, their honor-shame culture applies significant pressure to families whose monthly wages are easily depleted by the cost of diapers and baby clothes.

“There is a stigma against having more than two children,” says Amanda Peck, RN, a volunteer with Lydia. “It's just not done.”

“A woman will have an abortion—sometimes multiple abortions—after she's had two children,” Peck said. “Abortion is considered the primary and ‘natural’ form of birth control. If you get pregnant and you didn't plan to, you just go get an abortion and that's that. Since 1974, in this country with a population of two million people, there have been over one million abortions.”

Tweet This: Since 1974, over 1 million abortions have occurred in Macedonia—a country of just 2 million people. @kinglewrites #prolife

Although the government tried to shore up Macedonia’s plummeting number of live births by offering parental allowances to families raising a third child, economic aid alone has not been enough to tip the scales. Now, families are learning about many other forms of help available through Lydia - A Beating Heart, currently operating from offices in both Shtip and Skopje.

From its 2012 inception as the first pregnancy help center in Macedonia, Lydia has offered counseling, material aid, and education to parents who once believed they had no choice but abortion for children unlucky enough to be conceived after their first two siblings. In their five years of operation, the staff has gradually built relationships with people who now give word-of-mouth referrals to their friends.

Those relationships may now serve as the key to Lydia’s continued effectiveness.

It’s Who You Know

In recent years, the number of clients visiting Lydia’s two offices—in Shtip and in the capital, Skopje—has climbed steeply from the one woman per year seen in the center’s earliest history. Though still well below the 100 women Jordanova met with each year at the hospital, that rising number reflects a mounting level of trust, an asset in this country where personal connections mean everything.

“At this point, we've found out we do have a reputation,” Peck said. “People have heard of us, or a friend of a friend has heard of us. Now we get lots of contact through social media.”

The medical and psychological expertise of Lydia’s staff—added to their connections to a local food bank, a lawyer willing to provide pro bono services, and generous U.S. donors who support the center through an account set up on their behalf by Blue Ridge Women’s Center in Roanoke, Virginia—allow them to provide a level of care that surprises many who witness their compassion toward client families.

For example, last December the family who opened this story found they were expecting a sixth child. But this time, their financial troubles were compounded by marriage troubles. Lydia’s trained counselors stepped in with marital, financial, and parenting counseling. Then they brought a visiting service group to paint the family’s house and shower love and spiritual encouragement on their children.

With renewed hope and unity, the family decided to preserve the life of their sixth child.

When that same family’s grandmother was hospitalized far from their home, they asked if Jordanova would visit her in their absence. She did. There in that open ward, Jordanova prayed and shared the gospel with the grandmother—and all those within earshot. The other patients expressed disbelief that a total stranger would spend so much time visiting with someone who was not a relative.

Yet for Jordanova and the Lydia team, this was simply doing what they do best: building caring relationships with families.

That family’s sixth child, a boy, was born last month. 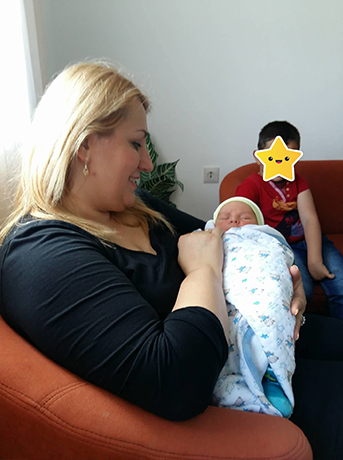 “I was here at the office by myself when they were discharged from the hospital,” Peck said. “They stopped by to pick up some things we had for them: a crib mattress, linens, clothes and such, and I got to hold that precious little baby for just a few seconds.”

Describing that moment, holding a child who was alive because of a relationship that bonded the Lydia team and their clients through four years, two children, and the death of a loved one, Peck could only say, “You just don’t know…”

Click here to find out more about Lydia: A Beating Heart, including how you can give to their life-affirming work.