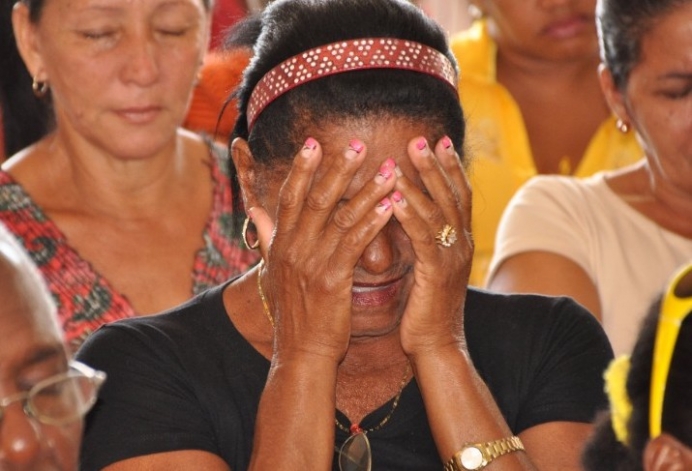 Many Cuban Christians encountered sanctity of every life from a biblical and bioethical standpoint for the first time during PassionLife's 2016 visit. Photo Courtesy: PassionLife Ministries

In Cuba, the Battle to Win Lives from Abortion Gaining Momentum

As the recent death of Fidel Castro has thrust Cuba into the headlines across the United States and throughout the West, the lingering question remains, what—if anything—will change in a Cuba now that its longtime dictator is dead.

Since control has stayed within the Castro family, with Raul Castro assuming the role his brother had held previously starting in 2008, the answer seems to be, not much.

If anything is to change for the better in Cuba, it will need to come through a shift in the hearts and minds of Cuban citizens—starting with the church that has been ravaged since the Castro regime first began in 1959.

The government’s intrusion into the economy, worldview and everyday decision-making of its citizens has left the average worker subsisting on $20 per month, ripped apart families, and taken a distressing toll on the dignity of human life itself.

Hailed as a hallmark of its universal healthcare policy, Cuba’s infant mortality rate—13th lowest in the world when Castro took control—has remained low, but only the nation’s abortion rate has skyrocketed to one of the highest in the world, with over six in 10 reported pregnancies ending in abortion.

Infants and preborn children, rather than receiving medical attention, are routinely aborted or refused treatment and left to die when diagnosed with a disability or other condition the government deems as undesirable, as Jay Nordlinger pointed out in a 2007 article, “The Myth of Cuban Health Care,” in National Review.

Parting the Clouds of Moral Clarity

A nonchalant attitude toward abortion is also prevalent within the church in Cuba—even among pastors and other leaders—says Mark Nicholson, national director for PassionLife Ministries, who led a small team of pro-life leaders to Cuba in early November.

Nicholson served as a cross-cultural missionary in Southeast Asia for 10 years prior to joining PassionLife’s leadership in early 2016, and said the mindset his team encountered toward abortion was reminiscent of what he has seen under communist rule during his time on the foreign mission field.

“I think the pastors probably have a better idea that there is a moral component to abortion, but there’s also a cloudiness in their thinking,” Nicholson said, comparing the Cuban understanding to that of new Christians he has worked with in Southeast Asia. “It’s extremely common, it’s extremely practical, it’s extremely accessible and it’s what most people are doing.”

Tweet This: #Abortion is a common form of birth control in #Cuba, ending 6 of 10 pregnancies. #prolife

The week-long trip was PassionLife’s first foray into Latin America, and Nicholson’s first on staff with the organization, which was launched by long-time pregnancy help leader and former Heartbeat International development officer Rev. John Ensor back in 2012.

As is the case in China and throughout the former Soviet Union, abortion is commonly understood as a form of birth control in Cuba, with most women undergoing several abortions during their lifetimes—a truth heartbreakingly illustrated by the New York Times in a 2015 article, “In Cuba, an Abundance of Love but a Lack of Babies.”

“Abortion is a pervasive part of the culture of Cuba,” Melissa Heiland, president of Beautiful Feet International, who joined Nicholson on the trip, said. “We met women serving in the church who had suffered three, four and five abortions. We met pastors who had recommended abortion to their people.”

Help on the Ground in Cuba

During their week on the ground in Cuba, the team trained 450 pastors and church leaders on a biblical and bioethical understanding of human dignity. PassionLife's training relies on a unique approach that compares abortion with the outrage of child sacrifice condemned in the Old Testament.

The approach is built around four key questions: What does the Bible say about human life, including life in the womb? What does God say about the shedding of innocent blood, including abortion? What hope do we have for forgiveness? And, what does God call us to do to stand in the gap for life?

“We sacrifice the baby for something we want more,” Nicholson said. “We want to hide our promiscuity, we want to finish our college degree, we want to hold a job that we’re afraid we’re going to lose, we want to please somebody who is pressuring us to have an abortion.”

As Nicholson and the group traveled and presented the training, one of the most prominent needs to emerge came about as women and men began to realize the moral and spiritual implications of their abortion—or abortions—for the first time.

Looking ahead to that need, Nicholson’s team included Jeanne Pernia, a former owner of an abortion clinic in Miami who is closing in on a decade at Heartbeat of Miami—a four-location pregnancy help organization Ensor helped start in 2007.

As part of her ongoing role as client services director at Heartbeat of Miami, Pernia leads post-abortion recovery retreats, which she was also able to host during the week in Cuba.

“You could just see how the women’s faces would transform and they started to cry and sob when they heard the testimony of what God has been able to do in my life,” Pernia, herself post-abortive, said.

Capping off the week, the team—which also included Raul Reyes, president of Crisis Pregnancy Centers of Greater Phoenix—watched one Cuban leader, Pastor Alfonso, lead 120 of his fellow countrymen through the curriculum.

Nicholson is planning to make a return trip early in 2017 to check in on the progress of Pastor Alfonso and the other leaders the team connected with throughout the week.

“That right there is the goal,” Nicholson said. “The goal is to teach the material, train the leaders, get them excited about it, help them set up the first pregnancy resource centers, and then once they’re doing it by themselves, we want to get out of the way.”

Prior to reaching out to Cuba, PassionLife has focused its energy in China, where Ensor has made inroads in recent years. In early 2016, PassionLife announced it was forging a partnership with two to three hospitals to offer life-affirming options counseling to women who were coming in for abortions.

Nicholson said PassionLife’s goal is to continue to expand the vision to more nations in the coming year, including Romania and Vietnam.

“Our goal is to train leaders so that there is a grassroots movement in lots and lots of places where average congregation members are stepping in and speaking up when they see the abortion crisis taking place next door,” Nicholson said.