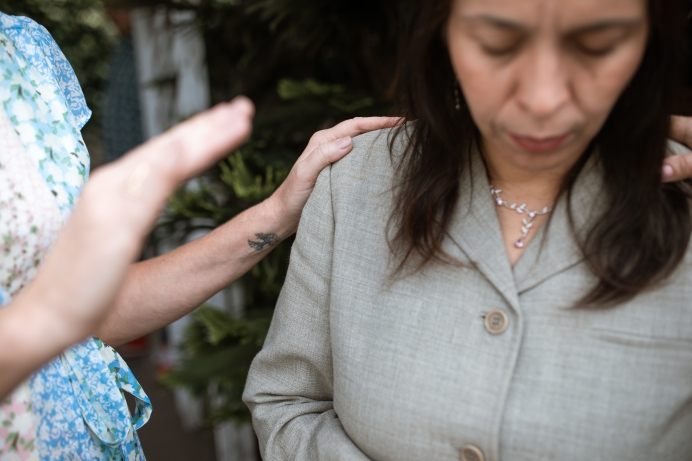 How the life-affirming mission makes the gospel shine

I’m close to finishing a class on the Old Testament prophets for my seminary studies.

One of the requirements for class is to read a nearly 600-page book on Jeremiah—the type of assignment my Bible college friends back in the day would have sarcastically called “light bedside reading.”

The prophets are not easy reading even on their own, never mind working through a tome on one book alone. But I’ve loved the challenge.

I’ve loved being reminded of God’s character—His holiness, righteousness and justice—and the unfailing endurance of His promises, despite our worst choices.

Many of us are familiar with the “coffee mug” verse of Jeremiah 29:11,

“For I know the plans I have for you”—this is the LORD’s declaration—“plans for your well-being, not for disaster, to give you a future and a hope.”

What many of us are not aware of is the context of this promise.

Jeremiah has been warning the king and the people for a long time that they will be exiled to Babylon because of God’s judgment on them for their sins.

Back up just one verse, and you realize God is saying it will take 70 years in Babylon before He fulfills His promise of restoration to the people of Israel and Judah.

That’s like, a whole lifetime—if you start at birth. Which means many of these people will never see their homeland again.

But not Jeremiah. Jeremiah spends four decades prophesying mostly warnings of imminent judgment, laced with a tiny bit of hope for the future.

No wonder Jeremiah is called the “weeping prophet.”

He feels what God feels—His heartbreak over a stubborn and unrepentant people, a people who have the gall to say they haven’t done anything wrong. Yet these people have turned from the living God to worship worthless idols instead!

One of the most reprehensible practices demanded by pagan worship was child sacrifice. This was strictly forbidden in Mosaic law (Deut. 12:31). The God of Israel only required grain and animal sacrifices, but false gods required the harm of humans with practices such as cutting the body, ritual prostitution, and child sacrifice.

“They have built the high places of Topheth in Ben Hinnom Valley in order to burn their sons and daughters in the fire, a thing I did not command; I never entertained the thought.” –Jer. 7:31

The prophet repeats these words again in chapter 32:35.

It is clear that God finds the practice of child sacrifice to be detestable and unthinkable. Yet instead of turning to Him, the people of Judah and Israel offer their firstborn infants to Molech, burning them to death in hopes of winning this god’s favor.

The valley where they have been doing this, God says, will be called Slaughter Valley, because there will be so many corpses there won’t be room to bury them, and the wild animals will consume them (Jer. 32:33).

This is His judgment and curse on them for the innocent lives the people have taken.

See what I mean? The prophets are not easy reading. There’s lots of warning and punishment, doom and gloom, human sin and divine anger.

Yet a thread of hope is woven throughout the book of Jeremiah. One day, after exile, the people will return to the land.

Ultimately, God’s promises are not only geographic, but spiritual.

We now live in the New Covenant, the one God promised to write on our hearts instead of on stone (Heb. 8:10; 10:16). Jesus Christ has paid for our sin, bridging the gap between us and God.

We can be forgiven and set free, no matter what we’ve done—including the modern form of child sacrifice called abortion.

Tweet This: We can be forgiven and set free, no matter what we’ve done—including the modern form of child sacrifice called abortion.

I’ve had the incredible privilege of leading a number of women through post-abortive healing. What a beautiful example of God’s mercy and compassion on display!

These women had each rationalized having one or more abortions. For various reasons, they had committed a sin which is grievous to God’s heart because of His high regard for His innocent image-bearers.

Yet the very thing which God considers unthinkable and detestable, He is willing to forgive. He is just, yet also merciful.

Each of these women walked through a challenging process of understanding the ramifications of their actions, of seeking God’s mercy, and of receiving His forgiveness.

They also learned to forgive themselves.

None of this was done in a flippant manner.

Abortion was not excused; it was faced and dealt with by an acknowledgement of sin and a receiving of the costly forgiveness offered through Christ.

I’ll tell you what: to see a woman’s outlook on life transform over a period of weeks from depression, anger and despair to radiant joy, hope and peace is one of the most marvelous ways I have ever witnessed the astonishing power of the gospel.

Our nation has overturned a federal law which was contrary to God’s law—yet many human hearts still need God’s law written upon them.

As we navigate life after Roe V. Wade, think of your PHC as a lovely diamond ring.

Your ongoing efforts to help women facing unplanned pregnancies provide a setting for the most stunning jewel in existence.

In a world dark with hopelessness, you help the gospel shine.