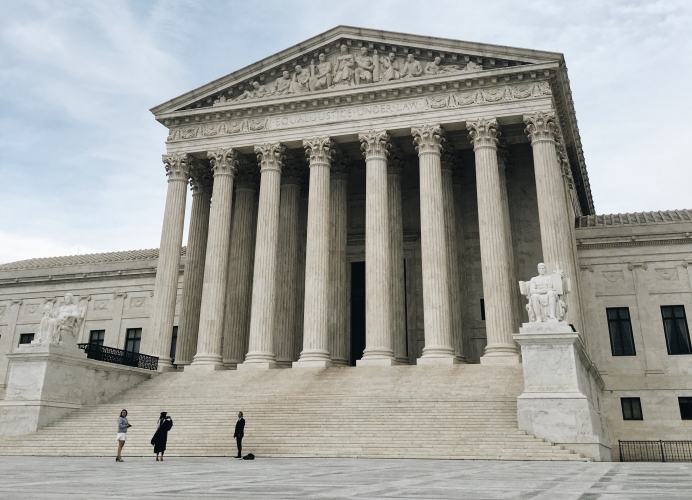 How does U.S. abortion law compare to those in European countries?

(CNA) Abortion laws around the world are likely to be cited when the U.S. Supreme Court hears arguments in December about the constitutionality of a Mississippi state law banning most abortions after the first 15 weeks of pregnancy.

That is because the drafters of the 2018 Mississippi law expressly compared U.S. regulations with those of other countries.

In their first legislative finding justifying the law, they wrote:  “The United States is one of only seven nations in the world that permits nontherapeutic or elective abortion-on-demand after the 20th week of gestation.”

“In fact, fully 75% of all nations do not permit abortion after 12 weeks’ gestation, except (in most instances) to save the life and to preserve the physical health of the mother.”

The Mississippi law effectively challenges Roe v. Wade, the 1973 Supreme Court ruling that swept away many federal and state abortion restrictions. That Supreme Court decision was accompanied by another, less well-known ruling, Doe. v. Bolton, permitting abortion on demand after “viability” for reasons related to the mother’s “health," which encompasses the mother's mental health.

Oral arguments in Dobbs v. Jackson Women’s Health Organization, a case that could potentially overturn Roe v. Wade, are due to begin at the Supreme Court on Dec. 1.

In a Supreme Court brief, Mississippi officials urged the court to recognize that the U.S. law is out of step with those of other Western nations.

“The United States finds itself in the company of China and North Korea as some of the only countries that permit elective abortions after 20 weeks’ gestation,” they wrote.

“That is not progress. The time has come to recognize as much.”

Tweet This: The U.S. finds itself w/China & North Korea as some of the only countries that permit elective abortions after 20 wks- That is not progress.

Lawyers for the abortion providers challenging the Mississippi law also cited foreign laws in their brief, but in support of their contention that the U.S. is not an outlier.

They wrote in a footnote that “in countries with legal traditions and democratic values most comparable to the United States, such as Great Britain and Canada, abortion is legal until at least viability.”

“And many countries that have limits earlier in pregnancy continue to permit abortion for broad social and health reasons after that point, functionally allowing abortion later in pregnancy and making their laws entirely different from the [Mississippi] Ban.”

So, how does U.S. law match up to those of other countries?

A direct comparison is complicated by the fact that abortion restrictions and legal exceptions vary widely from country to country. In addition, many countries that had strict restrictions, such as Ireland, have liberalized their laws in recent years.

However, the Washington Post’s fact-checkers concluded in 2017 that “the data back up the claim” that the U.S. is one of only seven countries that allow elective abortions after 20 weeks of pregnancy. (PolitiFact also determined that the statement was true.)

The other six countries are North Korea, China, Vietnam, Canada, Singapore, and the Netherlands.

The Washington Post drew on a 2014 report by the pro-life Charlotte Lozier Institute, which studied the abortion laws of 198 countries, independent states, and semi-autonomous regions with more than a million people. (The United Nations officially recognizes 193 sovereign states.)

“Of these 198 countries, independent states, and regions worldwide, 59 allow abortion without restriction as to reason, otherwise known as elective abortion or abortion on demand,” the Charlotte Lozier Institute report found.

“The remaining 139 countries require some reason to obtain an abortion ranging from most restrictive (to save the life of the mother or completely prohibited) to least restrictive (socioeconomic grounds) with various reasons in between (e.g., physical health, mental health).”

The institute’s study concluded that “Upholding laws restricting abortion on demand after 20 weeks would situate the United States closer to the international mainstream, instead of leaving it as an outlying country with ultra-permissive abortion policies.”

As the Charlotte Lozier Institute implied, U.S. abortion law is considerably more permissive than those of most of the 44 countries in Europe.

The closest analog is the Netherlands, a country of 17 million people known for pioneering controversial practices such as child euthanasia.

The country’s Termination of Pregnancy Act permits abortions up to the 24th week of pregnancy, “the point at which the fetus becomes viable outside the mother’s womb.”

Abortions after 24 weeks are permitted in certain circumstances, such as when the unborn child has an untreatable “disorder” or is deemed likely to suffer after its birth.

In Germany, abortion for any reason is permitted in the first 12 weeks of pregnancy. But the law requires counseling at a state-approved center and a three-day waiting period before the procedure can take place.

The European Union’s most populous country, with 83 million people, Germany permits late-term abortions in cases of rape or if the physical or psychological health of the mother is considered at risk of serious harm.

Next door in France, a country of 63 million people, abortion on demand is allowed up to 12 weeks.

Abortions in the second and third trimesters are permitted only if two physicians certify that it is necessary to save the life of the mother, to prevent grave and permanent harm to her health, or the child has a severe and incurable illness.

In Italy, abortion is legal for any reason within the first 90 days (almost 13 weeks) of pregnancy, and afterward for certain reasons with the referral of a physician.

The practice was legalized in 1978, despite opposition from Pope Paul VI, who encouraged doctors to exercise conscientious objection.

The RU486 abortion drug was legalized in Italy in 2009, and in 2010 standards were set which require women to be hospitalized for three days during its administration. It cannot be prescribed beyond the seventh week of pregnancy.

The United Kingdom, a country of 67 million people with cultural ties to the U.S., permits abortion for socio-economic reasons up to 24 weeks, but up to birth if “there is a substantial risk that if the child were born it would suffer from such physical or mental abnormalities as to be seriously handicapped.”

The U.K.’s Abortion Act 1967 initially permitted abortion up to 28 weeks. The law paved the way for other countries to legalize the practice in the ensuing years, including Canada in 1969 and the U.S. in 1973.

Ireland, a country of almost five million people neighboring the U.K., was until recently one of the few European nations recognizing the equal right to life of the pregnant woman and the unborn child.

But the pro-life Eighth Amendment of the Constitution of Ireland, introduced in 1983, was scrapped after a referendum in 2018.

The Health (Regulation of Termination of Pregnancy) Act 2018 permits abortions in the first 12 weeks of pregnancy and later in cases of fatal fetal abnormality or where the woman’s life or health are deemed to be at risk.

The only remaining sizeable European country with pro-life laws is Poland. The nation of 38 million people, strongly influenced by the Catholic Church, permits abortion only in cases of rape or incest, or risk to the mother’s life.

Gibraltar, a British overseas territory, and San Marino, a microstate within Italy, both recently voted to legalize abortion.