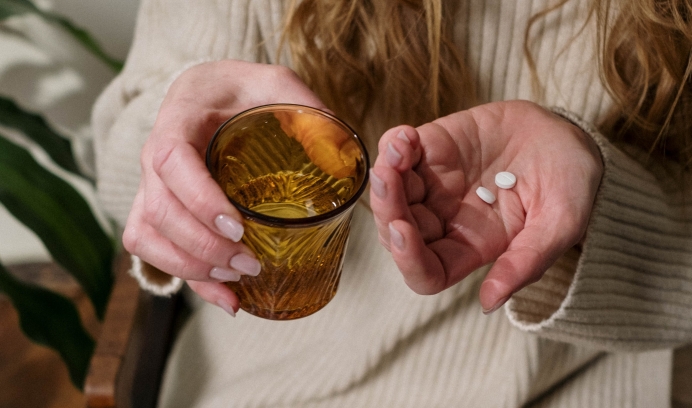 (Washington Free Beacon) Roughly a decade before his death in 1996, tech titan David Packard issued a controversial directive to his children. Skyrocketing birth rates, the Hewlett-Packard cofounder wrote, could one day cause "utter chaos for humanity." As a result, Packard asserted, his multibillion-dollar foundation must hold one priority above all others: population control.

Packard—a Republican who served as deputy secretary of defense under President Richard Nixon—did not see eye to eye politically with his three daughters, one of whom succeeded him as chair of his foundation following his death. His liberal offspring took the billionaire's desire to curb population growth as a jumping off point. While the foundation is unbound legally to honor Packard's policy wishes, they found a way to embrace his views and pursue their own liberal activism—through expanded abortion access, a mission toward which they devoted nearly $350 million in the last five years alone, according to a review of the foundation's financial disclosures.

Those expenditures have allowed Packard's successors to deliver significant victories in furthering the late billionaire's anti-natalist agenda. Take, for example, the Food and Drug Administration's December decision to ease the process for getting a chemical abortion pill. The Packard Foundation played a central role in the deregulation fight, funneling millions to liberal advocacy groups that spearheaded the legal and political push to remove the FDA's abortion pill barriers. The foundation meanwhile invested millions of dollars into GenBioPro, the only company that makes a generic form of the abortion drug.

Tweet This: The Packard Foundation played a central role in the fight to get the FDA to ease the process for getting a chemical abortion pill.

In 2017, the Packard Foundation gave $1,000,000 to the Reproductive Freedom Project, a division of the American Civil Liberties Union that works to "ensure that all in our society have access to" abortion. That year, Reproductive Freedom Project attorneys sued the FDA to challenge its abortion pill restrictions, which required patients to receive abortion pills in person from specialty clinics.

Months later, in 2018, the foundation invested $500,000 in GenBioPro. The Nevada-based private company makes the generic form of mifepristone, an oral drug used to cause an abortion. It invested an additional $1.5 million in GenBioPro in 2019, the same year the company's generic abortion pill received FDA approval and hit the market.

At the same time, the foundation spent millions of dollars on political campaigns promoting increased access to abortion pills. From 2017 to 2021, it awarded liberal dark money network New Venture Fund more than $3.7 million in "reproductive health" grants. The Packard Foundation specifically earmarked $1 million of the contribution to All Above All, a New Venture Fund project that has advocated abortion pill deregulation. New Venture Fund also manages Abortion on Our Own Terms, another spinoff group that is dedicated to expanding abortion pill access and envisions a future where abortion pills are available over the counter nationwide.

Tweet This: The Packard Foundation has devoted nearly $350 million to expanded abortion access in the last five years alone.

After receiving an additional $700,000 from the foundation, the ACLU in May 2020 again sued the FDA over the agency's abortion pill restrictions. Unlike its 2017 suit—which challenged the regulations on a permanent basis—the ACLU's 2020 legal challenge sought to allow patients to receive abortion pills via mail on an emergency basis during the pandemic.

New Venture Fund seemingly bolstered that effort by launching a "maternal health" congressional lobbying campaign, which ran from January to June of 2021. In February, 11 House Democrats sent a letter asking the FDA to lift its "medically unnecessary in-person dispensing requirement for mifepristone" due to the pandemic. After the agency obliged in April, more than 70 House Democrats followed up with an August resolution demanding the FDA allow abortion by mail on a permanent basis. In December, those lawmakers got their wish—the FDA announced it would permanently lift its restrictions on abortion pills, allowing them to be prescribed virtually and delivered via mail.

GenBioPro, which did not return a request for comment on its relationship with the Packard Foundation, will undoubtedly benefit from the decision. In the FDA's online explainer of its new abortion pill regulations, the agency noted that GenBioPro's generic pill "can be safely substituted for" the brand-name version of the drug, Mifeprex. The Packard Foundation also helped bring Mifeprex to market, providing its manufacturer, Danco Laboratories, with a $14 million loan in 1996.

Tweet This: The Packard Foundation has invested $2 million in GenBioPro, the company that makes the generic form of the abortion pill mifepristone.

Asked about its GenBioPro investment and whether it stands to make a profit if the company increases in value, the Packard Foundation pointed the Washington Free Beacon to an online statement detailing its investment program. That statement acknowledges the foundation "take[s] risks in pursuit of impact while seeking overall return of principal" so it "can recycle capital to maximize impacts over the long-term."

The foundation declined to comment on its GenBioPro investment specifically. Neither New Venture Fund nor the ACLU returned requests for comment.

The Packard Foundation's grantees celebrated the FDA's abortion pill deregulation decision. ACLU senior legislative counsel Georgeanne Usova called the move "a major step forward that will enable many more patients to get this safe and time-sensitive medication as soon as they are ready." Abortion pill advocates were quick to point out, however, that their fight is far from over.

"While the action today will go a long way for people seeking care, other barriers remain and must be lifted once and for all," All Above All co-president Destiny Lopez said in a statement. "The FDA must permanently lift all restrictions on medication abortion and states with politically motivated bans on medication abortion, particularly via telehealth, must reverse these policies so people can get care in a way that makes sense for them."

Editor's note: This article was published by the Washington Free Beacon and is reprinted with permission. Heartbeat International manages the Abortion Pill Rescue® Network and Pregnancy Help News.