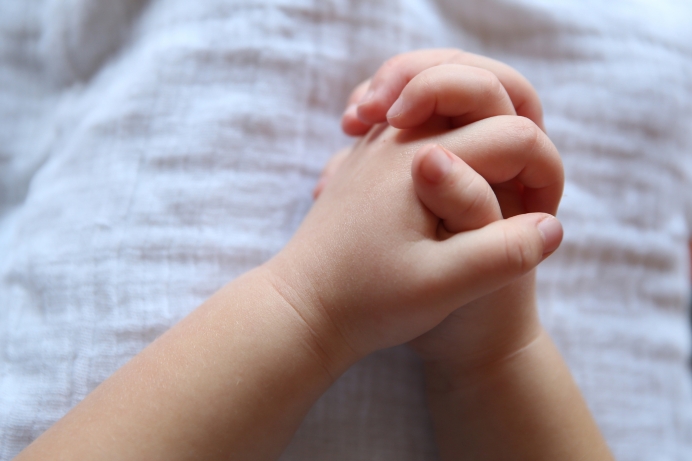 The poor woodcutter was beside himself, but fear of starvation drove him to consent to his wife’s plan. Having no way to feed them, he led his young son and daughter into the woods and abandoned them.

Hansel and Gretel had overheard their father and step-mother talking, so they devised their own plan and left a trail of breadcrumbs so they could find their way home. Unfortunately, forest critters ate the crumbs, leaving the two lost and hungry.

It was then that they saw a delicious gingerbread house and began nibbling on its sugary icing.

Remember the next plot twist?

An old woman invites the children in—but she’s really a witch who plans to fatten them up and eat them! She cages Hansel and makes Gretel her slave.

In the end, the children outwit the witch and she ends up in the oven she’d intended for them. They make off with her jewels and rejoin their father, whose wife has died, and live without worries from then on.

How does a medieval fairy tale apply to the life-affirming mission?

Let’s recast Hansel and Gretel. Instead of siblings, let’s see them as a couple who faces the shock of an unplanned pregnancy.

Like Hansel and Gretel, this couple is desperate. Their own plans aren’t working. They feel lost and hopeless. They don’t know what to do.

Suddenly, a solution presents itself. It appeals to their needs and offers immediate satisfaction.

Instead of a gingerbread house, it’s an attractive promise: An abortion will “take care of the problem.” It will give you back your life.

Just like the boy and girl in the story, this couple is in danger of being seduced by a false promise which could scar each of them for life. In any case, it will certainly—and irrevocably—end the life of their child.

The cannibalistic witch in the dark tale of Hansel and Gretel could be said to represent a belief system which literally feeds on innocent, preborn children.

So a morbid tale of medieval times is today’s ghastly reality.

In addition to money that’s to be made by targeting women and couples in crisis, there are the grisly happenings of babies’ body parts being sold for a profit.

Tweet This: In addition to $ being made targeting women and couples in crisis, there are grisly happenings of babies’ body parts being sold for profit

I recall one undercover video in which a Planned Parenthood executive casually discusses which body parts can be effectively harvested from an aborted fetus—all while she enjoys a glass of wine and a salad.

Numerous verses in Proverbs apply to pro-abortion rhetoric and philosophy. Here’s one which is often quoted out of context.

"Don’t eat a stingy person’s bread, and don’t desire his choice food, for it’s like someone calculating inwardly. ‘Eat and drink,’ he says to you, but his heart is not with you.” –Proverbs 23:6-7

The King James renders the “calculating inwardly” phrase as “For as he thinketh in his heart, so is he…” For this reason, the verse is often used to support the idea that our thought life determines our behavior.

While there’s truth to that, Solomon’s point here is that we should be discerning about others’ motives.

Just because someone offers you something pleasant or satisfying—in this case, a nice  meal—doesn’t mean they care about you.

The book of Proverbs is filled with warnings about people who use flattering lips and smooth speech in order to take advantage of others.

Consider the woman in a pregnancy crisis. What kinds of messages does she hear from those who promote abortion?

And so on. Sounds good, doesn’t it?  Helpful. Soothing. Comforting, even.

As good as iced gingerbread when you’re lost and starving.

Problem is, the witch didn’t build the gingerbread house to rescue Hansel and Gretel—and the abortion industry doesn’t offer abortion to empower women, regardless of what they claim in their advertising and media campaigns.

Tweet This: "The witch didn’t build the gingerbread house to rescue Hansel and Gretel—and the abortion industry doesn’t offer abortion to empower women"

Here’s the tricky part of this: while we disagree with those who promote and provide abortion, and while we rightfully question the motives behind such sinister work, we do not see pro-abortion people as our enemies.

We see them as human beings created in the image of God, loved and valued by Him, worthy of dignity.

Tweet This: We do not see pro-abortion people as enemies, rather as human beings created in the image of God, loved and valued by Him, worthy of dignity

Every one of us is guilty of breaking God’s law. Still, He does not want anyone to perish, but rather, desires for all to come to repentance (2 Peter 3:9).

This is not about vilifying individuals; it’s about calling out belief and behavior which is fundamentally wrong.

It’s simply not okay for one group of image-bearers to enjoy “rights” at the expense of another group’s right to live.

It’s not okay to build a pretty gingerbread house whose purpose is to destroy lives.

This is why the work of pregnancy help centers continues to be so vital.

We offer “Hansel and Gretel” something different. We present them with life-giving options. We tell them the truth and hold out real hope.

“Decisions made out of desperation have a way of complicating things further. The best decisions are made from a perspective of hope, not despair. Hope is what we offer: hope to get through a pregnancy, hope to raise a child, hope to pursue dreams,  and the biggest hope of all—the hope of eternal life.”

Let’s keep helping Hansel and Gretel find their way out of the woods.