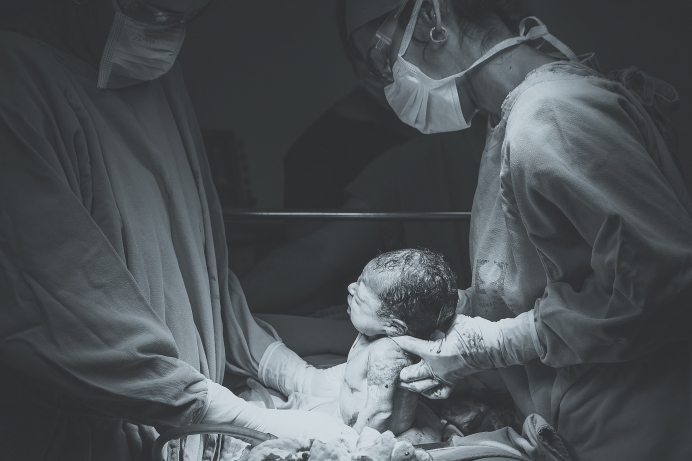 Here are the most extreme pro-abortion policies of 2019

As Democratic lawmakers fought to stem the tidal wave of pro-life legislation in red states across the country, pro-abortion advocates pushed to loosen abortion laws in states such as New York, Virginia, Maine, Illinois, Nevada, and Rhode Island.

Democratic lawmakers in these states introduced legislation that enabled non-doctors to perform abortions, took away standards intended to help women make informed decisions about abortion, and sought to legalize abortion up until the mother gives birth.

Timing his move with the 46th anniversary of Roe v. Wade, Democratic New York Gov. Andrew Cuomo signed the Reproductive Health Act in January. The bill not only removed abortion from New York’s criminal code, but it also allows non-doctors to perform abortions and allows women to obtain late-term abortions if their health is in danger or if their unborn baby is not viable.

Cuomo said at the signing that the moment was ” bittersweet.”

Tweet This: “I say bittersweet, because there is a bitterness,” Cuomo said.

Cuomo also ordered that the One World Trade Center, or the “Freedom Tower,” glow pink night to celebrate the passage of the bill.

“I am directing that New York’s landmarks be lit in pink to celebrate this achievement and shine a bright light forward for the rest of the nation to follow,” Cuomo said.

Democratic Virginia Delegate Kathy Tran introduced HB 2491 in January, a bill that would allow doctors to perform abortions while the mother is giving birth. Virginia law currently states that second and third-trimester abortions should only be performed to preserve the health or life of the mother.

The bill was “left in Courts of Justice” on Feb. 5.

Shortly after Tran introduced the bill, Virginia Democratic Gov. Ralph Northam spoke out in January about abortion up until birth, suggesting that if the baby survived the abortion, then the child’s life would be up for discussion between the physician and the mother.

Democratic Maine House Speaker Sara Gideon sponsored the bill, which went into effect in September.  “These health care professionals are trained in family planning, counseling, and abortion procedures, the overwhelming majority of which are completed without complications,” Mills said at the time.

Democratic Illinois Gov. J.B. Pritzker in June signed the Reproductive Health Act, a law that makes abortion “a fundamental right” in the state of Illinois. The law is designed to alert women in surrounding states that they can travel to Illinois to receive abortions if they cannot receive them at home.

The law also eliminates requirements to publicly report abortion data, including “the number of abortions performed on out-of-state women or underage girls” according to a press release from the Susan B. Anthony List.

The Nevada Assembly in May passed the Trust Nevada Women Act, which removed the obligation of doctors to inform women about the “emotional implications” involved in abortions. Democratic Nevada Gov. Steve Sisolak signed the bill into law on May 31.

“The Trust Nevada Women Act is a crucial piece of legislation that will bring Nevada’s laws in line with Nevadans’ values,” said Caroline Mello Roberson, NARAL Pro-Choice Nevada state director, in a statement at the time. “We know that Nevadans are overwhelmingly pro-choice and the [Trust Nevada Women Act] will finally ensure these values are reflected in state law.”

The governor of Rhode Island signed a bill protecting abortion access within the state and repealing pro-life laws.

“Fundamentally this bill is about health care,” Raimondo said in June. “It’s about protecting and providing access to health care for all the women of Rhode Island.”

The Reproductive Privacy Act says that Rhode Island will not restrict a mother’s right to obtain an abortion before the baby is able to survive outside of the womb and that the state will allow abortions after fetal viability if the mother’s health is at risk. This effectively allows abortion up until birth.

The bill also repeals several chapters of Rhode Island General Laws on abortion that charge doctors with murder and jail time for inducing miscarriages and declare dying admissions of women who die during abortion procedures to be used as evidence in homicides.