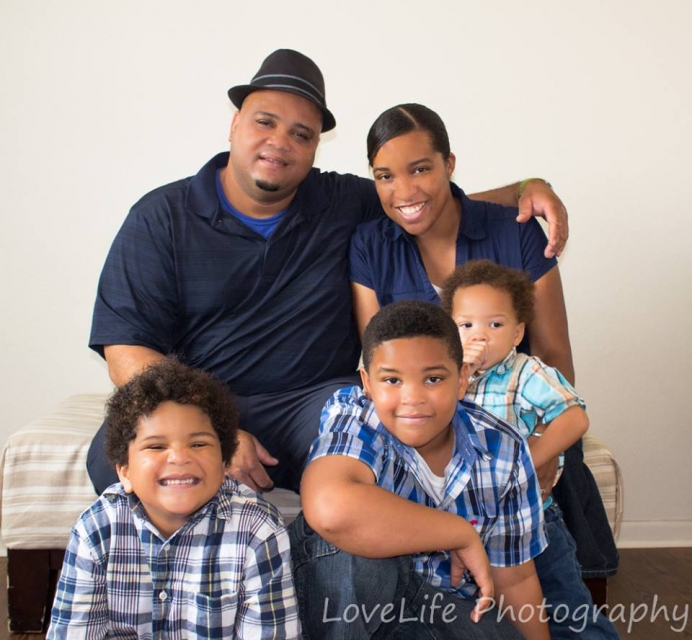 Latasha Thomas and her husband, Oliver, serve together on the staff and board of New Life Crisis Pregnancy Center. Photo Courtesy: Latasha Thomas

Her Life is a Gift. See How This RN Gives Back.

Latasha Thomas and her husband, Oliver, both grew up knowing their very lives were gifts. Today, the couple is actively giving back to women and families as leaders of New Life Crisis Pregnancy Center in Leesville, La.

Thomas, who began her nursing school education in 2005 with the goal of starting a pregnancy center, is set to finish up an 11-year journey through nursing school this May, wrapping up an odyssey that has included nine years of hands-on involvement with New Life.

The pro-life movement has always hit close to home for the Latasha and Oliver, who is also president of the board of directors of New Life.

“My husband and I were both unwanted children for different reasons,” Latasha Thomas said. “Both our moms considered abortion. My husband is from Jamaica and his mom struggled with poverty. He was born at home with no medical attention. I was born a few months early. My mom wasn’t a Christian at the time, but said, ‘Lord, if you let this baby live, I’ll give it to you.’ When I was born I was two pounds, 14 ounces. We both grew up knowing our lives were gifts.”

Shortly after becoming an RN with her associate degree in 2010, New Life’s director resigned and Thomas, who had been volunteering since 2007, stepped up.

Even though accepting the role as center director meant sidelining her progress toward a bachelor’s in nursing, Thomas met the challenge. Meanwhile, she and Oliver have welcomed three children, piling up an abundance of life for the Thomas family.

“Nursing and the center are both my babies,” Thomas said. “They go alongside in my life.”

After finishing her associate degree, becoming a mother, and taking on the responsibility of running New Life, Thomas set aside her studies for a few years. Even with a full plate, Thomas said she sees the immense value to her center’s credibility tied to finishing her education.

As a student she has thrived on the unhurried path, earning a scholarship from the Louisiana Council of Administrators of Nursing Education for the remainder of her final year.

“I think a lot of the attacks that come against centers are claims that we don’t have medical qualifications to be talking to these women,” Thomas said. “A strong way the pro-life movement can answer back is by having licensed personnel.”

Thomas’ professional qualifications will soon land her in a group of 64 percent of U.S. pregnancy center directors with a bachelor’s degree, according to Heartbeat International’s 2015 LifeTrends Report.

While New Life does not yet offer free medical services such as limited ultrasounds and STI testing, Thomas’ medical credentials put New Life in a prime position as the organization looks to add medical services in the near future.

To Thomas, adding medical is a crucial next step for the 100 clients her center reaches each month, but the bona fides of her staff speak for themselves when it comes to the abortion lobby’s attacks on New Life’s credibility.

"I’m a nurse. I have another volunteer in nursing school right now. Yesterday, we brought in another nurse who’s been working for over 30 years,” Thomas said. “The Knights of Columbus have offered funding for an ultrasound machine. We’re just making sure we have the manpower to run it.”

As she runs a pregnancy center, homeschools her children, and finishes up her nursing degree, Thomas said she focuses on the crucial victories she sees on a regular basis with the clients New Life serves.

“Sometimes we think we have to be doing this big thing,” Thomas said. “We have to have these amazing statistics. While I believe that’s important, if you only talked to one woman and her life was changed, it’s worth it all.”

As a woman whose life—and that of her husband—could have ended before it began, Thomas realizes the significance of every decision for life.

“I look at my life and what I’ve had—the good and bad—and I know none of this would have been possible if either one of our parents had made that decision to abort,” she said. “Our lives were impacted by two women making a choice.”