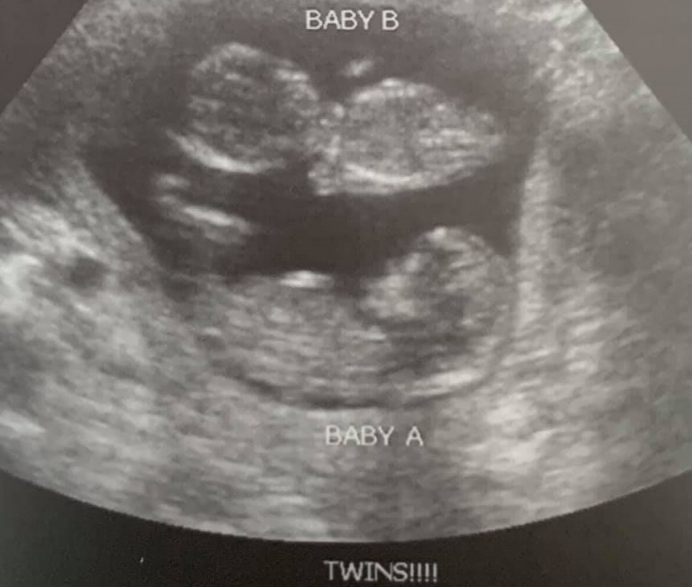 The incredible story of these miracle babies, as told by one pro-life physician, underscores just how sorely the abortion giant fails to meet the needs of women, both from a medical standpoint and a human one.

Displaying obvious ineptitude from the start, the nation’s largest abortion business only informed the woman she was pregnant with twins after the chemical abortion she’d been given by Planned Parenthood staff failed.

Furthermore, at her initial visit to the Planned Parenthood facility, the staff misinformed her about the basic biological development happening within her seven-week pregnancy, stating that it was too early for a heartbeat and that it was “just cardiac activity” they were seeing.

Pro-life physician Brent Boles, who helped the woman following her failed abortion, commented on Facebook earlier this month about the twins’ birth and Planned Parenthood’s handling of the pregnancy.

Boles had originally shared the story on the social media platform this past March after the woman contacted him looking for help.

Boles, who is a member of the Abortion Pill Rescue Network, told Pregnancy Help News that his patient originally came to him through the group’s 24/7 helpline (877-558-0333). She had found the helpline after returning to Planned Parenthood for a follow-up appointment and discovering that she was still pregnant.

Because Planned Parenthood had no help to offer her, she left and scoured the web before landing on AbortionPillReversal.com.

Earlier this year, a patient called the Abortion Pill Rescue hotline and was referred to me. Three weeks before, she had been in a Planned Parenthood facility. She had an ultrasound at seven weeks, and asked during the ultrasound if there was a heartbeat. She was told “No, it’s too early to call it a heartbeat; it is just cardiac activity.”

Problem #1: those types of statements are just deceptive word games. Calling the fetal heartbeat ‘embryonic pulsing’ or ‘cardiac activity’ and saying that it is not yet a heartbeat is a lie. The leading textbooks of embryology say that the heart begins to beat at five weeks and they call that a heartbeat. No medical or scientific text affirms their erroneous concept that pulsatile activity is not yet a heartbeat. In fact, those texts say that the cardiac/circulatory system is the first organ system to perform its adult purpose in utero. They lied to her in order to have her emotionally commit to handing over her cash and having the abortion.

That wasn’t the only problem with Planned Parenthood’s so-called medical evaluation of his patient:

Problem #2: at seven weeks the vast majority of competent sonographers will never miss twins at that point. But women who find out they are having twins are far less likely to abort twins, as the thought of aborting only one baby does t seem quite as bad as aborting two. So....either an incompetent sonographer missed the fact that she had twins or didn’t want to tell her and have her thousand dollars walk out the door with her.

She did the course of the abortion pill and nothing happened. She went back two weeks later and had another ultrasound at approximately nine weeks and they said ‘oh well, it didn’t work, and you are having twins.’ She asked what could be done and they said nothing. She left, found the number to call on google, and that led her to my office.

Abortion Pill Reversal, which has saved more than 900 babies to date, works by giving pregnant women additional progesterone, a natural hormone that sustains a healthy pregnancy. In the case of a twin pregnancy, a woman’s body produces more progesterone to nurture both babies.

In evaluating his patient and the twins, Boles determined that in this case, extra progesterone via Abortion Pill Reversal wouldn’t be necessary. But for Boles, that still didn’t excuse Planned Parenthood’s glaring incompetence when it came to administering a practice he strongly opposes:

Problem #3: they (Planned Parenthood) don’t even know how to use the medication properly, assuming they did know it was twins. I am prolife and I know that a higher dose of mifeprex is required to work successfully to abort a multiple gestation, because a twin pregnancy produces higher levels of progesterone.

For Christa Brown, director of Medical Impact at Heartbeat International, the twins’ survival, as well as other survivals achieved through the Abortion Pill Rescue Network, marks a notable victory for life.

“It's incredible to think that the abortion industry has already counted those babies as abortion statistics, but instead they are alive and well,” she said. “We are so thankful for Dr. Boles and all of the providers in the Abortion Pill Rescue Network who are saving lives every single day worldwide. To date, the abortion industry has lost nearly 1,000 of their statistics and our world has gained nearly 1,000 precious babies who are growing and thriving thanks to the APR Network.”

Not only did Planned Parenthood fail this woman in every medical aspect, but the abortion business also failed to meet her basic human needs as a pregnant woman now expecting twins. Boles’s final critique of the abortion giant?

Problem #4: they refused to offer any advice or counsel.

For several years now, abortion advocates have fired off endless lies about the help provided by pro-life pregnancy help organizations. But who is really taking care of women in unexpected pregnancies?

More than 2,750 pregnancy help centers all across the U.S. are providing counsel and resources to women in need every day. From diapers to housing to parenting classes to free obstetrical ultrasound scans, they are serving families from a place of utmost compassion and care.

When a woman desperately wants to save her unborn child from an in-process chemical abortion, Dr. Boles and hundreds of other pro-life physicians in the Abortion Pill Rescue Network are there, offering her child one last chance at life.

Despite Planned Parenthood’s utter failure to meet this patient’s needs, today two healthy babies are alive and doing well in the state of Tennessee.

“These twins have now delivered at term, uncomplicated by any other issues,” Boles wrote in his social media post, “and are at home with their parents, who are exceedingly pleased that a decision made under pressure and while in fear did not work out as planned.”