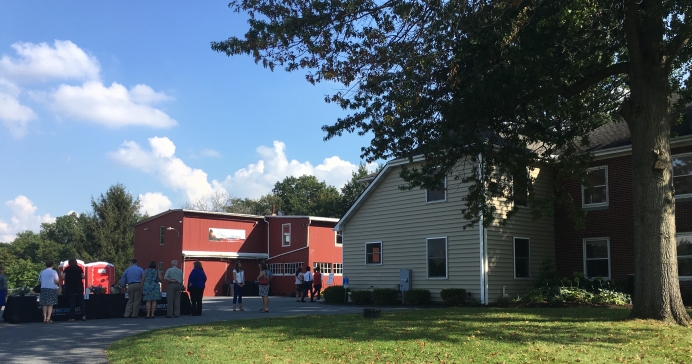 Sex Trafficking Victims Have Precious Few Options Available to Them. One Maternity Home Director is Hoping to Change That.

Fewer than 700 beds in the United States are available for thousands of victims of sex trafficking, according to estimates from Illinois Criminal Justice Information Authority and the National Human Trafficking hotline. Callie Neff, executive director of Family of Restoration Ministries (FORM) in Pennsylvania, believes pregnancy help organizations can help change that.

“I was actually surprised myself that what we have been doing all these years in the maternity housing community translated so well into getting a home set up, thinking through some of the encounters you have to have and everything when serving women coming out of trafficking,” Neff said.

In 2012, Neff—who has been involved with FORM since 2006—began helping a nearby organization, North Star Initiative, prepare a home for sex trafficking victims. She heard an ad on the radio about the organization’s work, and provided research and guidance in organizing a residential home for victims of sex trafficking.

Then, in March 2016, FORM sold one of its maternity homes to be used North Star Initiative’s new home for sex trafficking victims, which they plan to open this fall.

“It was an honor to be able to lay the groundwork for them in making new what was already dedicated to serving women in the community,” Neff said.

Serving women since 1972, through its maternity home and family service outreach programs, the depth of experience FORM brings to the table has been an ideal fit for a community partnership, said North Star Initiative’s Director of Operations and Church Development, Rebecca Crutcher.

The personal experience Neff and her husband, Matthew, bring to the table have been a big help to an organization dedicated to meeting sex-trafficked women with long-term solutions.

“I think Callie brings a wealth of knowledge of residential homes in general because of her experience,” Crutcher said. “I think she also has a heart to see women’s lives transformed and she also understands a bigger picture of that, so I really feel her experience is going to bring a good amount of direction and clarity to us as we open the home.”

The partnership goes both ways. As Neff worked alongside Crutcher and others at North Star Initiative, she started to consider new ways FORM could better serve and watch for women who have been victimized by sex trafficking.

This July, FORM hosted a training that included both maternity homes and sex-trafficking outreaches, gathering a total of 10 organizations.

Meanwhile, FORM, North Star Initiative and other organizations—including “She’s Somebody’s Daughter,” which reaches out to dancers at strip clubs—are working together to make sure pregnant women have everything they need to choose life as they transition into safe, stable situations.

“As more women are identified coming out of a trafficking background, sometimes the presenting need is their pregnancy,” Neff said. “That’s kind of where the maternity housing community, alongside pregnancy care centers, is kind of that bridge that specializes in walking them through that and then being connected to programs that can help them more specifically with the trauma.”

A Heart for Freedom

As she’s become more connected to the desperation and loss of sex trafficking victims during the past five years, Neff said she keeps coming back to the biblical story of Hagar—Sarah’s maidservant who was rejected and sent away after bearing Ishmael.

Hagar has a lot in common with modern sex trafficking victims, Neff said.

“She herself was abused and in a sense was trafficked and she has to go back into the setting and walk through these relationships with Abraham and Sarah,” she said.

Remembering Hagar and her ongoing identification as a “slave woman” in the New Testament motivates Neff to introduce Hagar’s modern-day heiresses to the freedom found only in Christ, she said.

“He doesn't want us to stay living as a slave woman,” she said. “He wants us to recognize our inheritance as the free woman.”