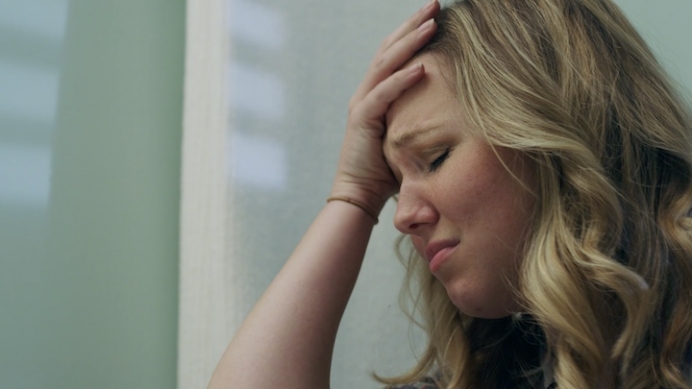 The following is a guest post from Page Lynch, an independent cinematographer and writer who has recently produced two videos for Portico, a pregnancy help medical clinic in Murfreesboro, Tenn.

Many of us are saddened by abortion, and we have been angered by the Planned Parenthood videos that have recently surfaced. It is healthy for the anger to fizzle out so that wise steps can be taken to make a change, turning the passion into a calm, calculated plan of action. But after a few days of boiling rage, we usually forget and move on with our lives.

Why I Chose to Work with Portico

The Portico Pregnancy Center called me up, wanting a film that would help them raise annual funding for a Mobile Ultrasound solution in Middle Tennessee. I research everyone thoroughly before I agree to work with them, and Portico impressed me.

In my opinion, Portico is an organization of people who have been angered by and/or lied to about abortion, but instead of typing a Facebook status and dropping some curses, they chose to act in love for the pregnant woman.

It is the most proper and humble response we could hope to have in the midst of millions of terminated babies.

Portico loves the pregnant woman and her family. They love her so much that they started an organization determined to shower her with love and with free information about her body and the life instead of her.

In short, they supply women with correct information because this empowers women to make educated decisions about their bodies. They don’t fight abortion with condemnation and shame. They fight it with love and support for women who are scared and have questions.

It’s literally an RV with an ultrasound room in the back. They can park this thing in a community right where women live. These women can step into the RV where they will be greeted by a nurse and a counselor, and they can choose to have a free ultrasound done.

The chances of a woman choosing to keep her baby, after seeing his or her heart beating, increases exponentially.

Some women are going to be too afraid to seek out help by looking up Portico in a directory, finding a ride to their building, and walking through the doors… It’s a lot to ask of them, and the Mobile Ultrasound solves that problem while saving the lives of babies.

It provides quick and accessible hope and healing to women who need it.

Creating an inspirational film that either makes you want to jump up and change your life or cry yourself to sleep holding a half-eaten bucket of ice cream… For some reason, it’s what I do best when it comes to filmmaking.

Portico needed something that shared their heart—something that communicated their love for pregnant women and families. They came to me, allowed me complete creative freedom, and I ran with it.

This is what we came up with:

Find out more of the technical details about this film by clicking here.

After the first film was completed, Portico wanted a second film to be able to give more information about the specifics of their Mobile Ultrasound needs.

I sat down with Laura Messick and let her explain everything to me with the camera rolling, and I asked her a few questions. In the second film, what you’re watching is really nothing more than snippets of a conversation between me and her.

Page Lynch is an independent cinematographer and author. To find out more, visit PageLynch.com.