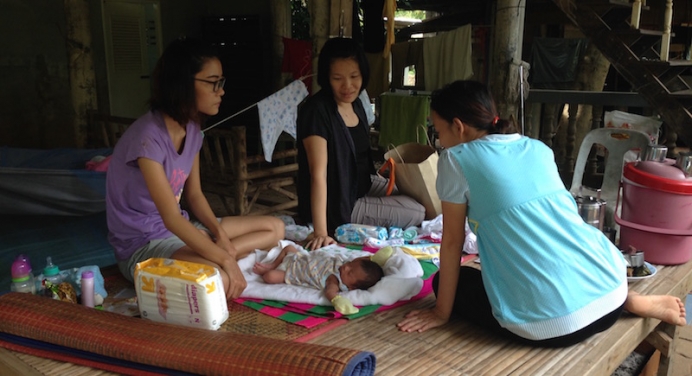 Thailand's The Light Center is a year into its mission of serving women and families with life-affirming help. Photo Courtesy: Marcus and Bum Fey

Located in the northeast corner of Thailand, the region of Isan is home to over 23 million inhabitants. Although it is estimated that upwards of 34,000 teenagers will give birth in Isan this year, there are only two pregnancy centers within this vast region.

One of these outposts of hope, “The Light Center,” was founded in 2015 by Marcus and Bum (pronounced “Boom”) Fey, in the bustling university city of Ubon Ratchathani.

“We offer consulting services, pre-natal, post-natal, and training to anyone who needs it,” Marcus Fey said. “We also have a maternity home for mothers who don’t have any other support network available.”

Fey, a native Iowan, first met his wife while working together on a tsunami relief team in 2005. After marrying, the couple eventually settled in northern Thailand. Following a series of miscarriages, Bum lost another child in her fifth month of pregnancy. As the Feys were dealing with these losses, God brought them alongside Bum’s 17-year-old cousin who was facing an unplanned pregnancy and unsure whether she should abort.

The combination of these experiences planted the idea of founding a pregnancy center and maternity home in the Feys’ heart.

In 2015, after a year and a half of research and planning, they placed their first ad on Facebook to offer counseling to women facing an unplanned pregnancy. The response was so overwhelming they were forced to shut down the ad within a week.

“Thailand is a collectivist culture, which means the needs of the family take priority over the needs of the individual,” Fey explained. “Parents in Thailand expect their children to provide and care for them as they age. The pressure to graduate and start a career so that they can support the extended family is enormous. An unexpected pregnancy thus becomes a huge barrier to meeting those expectations."

As is the case in many Asian societies, saving face is also extremely important. Unmarried, pregnant, young women are often abandoned by their families and communities. A quiet abortion may seem like the only option.

“In Theravada Buddhism, the religion practiced by the vast majority of Thais, abortion is considered sin and thus illegal in Thailand,” Fey said. “However, abortion is rampant and illegal ‘clinics’ are easy to find and affordable. Abortion is rationalized thinking that they can balance out the sin by doing more good deeds, but the guilt and emotional consequences of abortion remain.”

Realizing the need in the region was so great, the Feys decided to narrow their field of ministry.

“At The Light Center, we want to be the first point of contact when they find out they are pregnant before they ever step foot in an abortion clinic,” Fey said. “If they can see a path forward where they can complete their education and keep their baby, there is a far greater chance of saving the life of both mother and child. In cases where they have no family support network, that’s where our maternity home comes in.”

Tweet This: Illegal #abortion in #Thailand rampant, rationalized through #karma

Besides helping the women in their maternity homes graduate, The Light Center also assists them in finding work.

"It is difficult for a pregnant woman in Thailand to find employment so we are trying to find local businesses willing to take on some part time help during their pregnancy and until they graduate,” Fey said.

Beyond focusing on practical needs alone, The Light Center seeks to introduce the women in their program to an even greater source of help.

“Because we are Christians, we introduce every woman we come in contact with to Jesus Christ,” Fey said. “While we can assist with some of the physical and emotional changes in their lives, only God can provide the spiritual transformation that brings true, lasting hope.”

Inspiring stories are already beginning to pour in. The first woman to stay at The Light Center’s maternity home was a college student named “May”. After taking her midterm exam, she rode to the hospital on her motorcycle and gave birth. The very next day, she returned to college to take another test.

"A few days before we heard about May’s situation, her father had visited the hospital,” Fey said. “He was angry that she hadn’t gotten an abortion and refused to look at his own granddaughter. He was depending on her to graduate and support the family. With no hope left, she was planning to abandon her baby at the hospital and commit suicide.”

After coming to The Light Center, May decided to keep her daughter and is graduating college in the spring.

Funding has proven to be a challenge for The Light Center. Although most of the organization’s resources are donated by churches and individuals in the U.S., the Feys would like to see the local community more involved in supporting The Light Center.

“There are several barriers that make this difficult,” Fey said. “The minimum wage is about $8/day here so finding donors with the means to give financially are scarce. Thailand is over 95 percent Buddhist and our region is only 0.1 percent Christian, so the church is very small with limited resources.”

Even though working in a predominantly Buddhist culture can be an uphill battle, the Feys are already beginning to reap the rewards of their labors.

“By far my favorite part of the work is watching young women go from complete hopelessness to having hope for their future and a future that also includes their child,” Fey said. 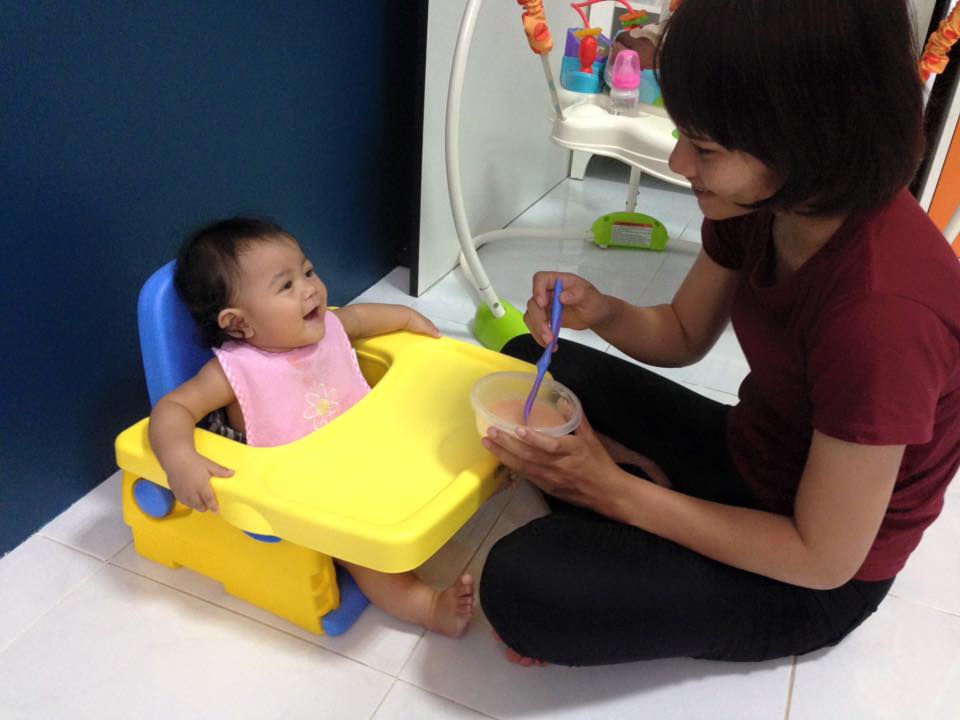 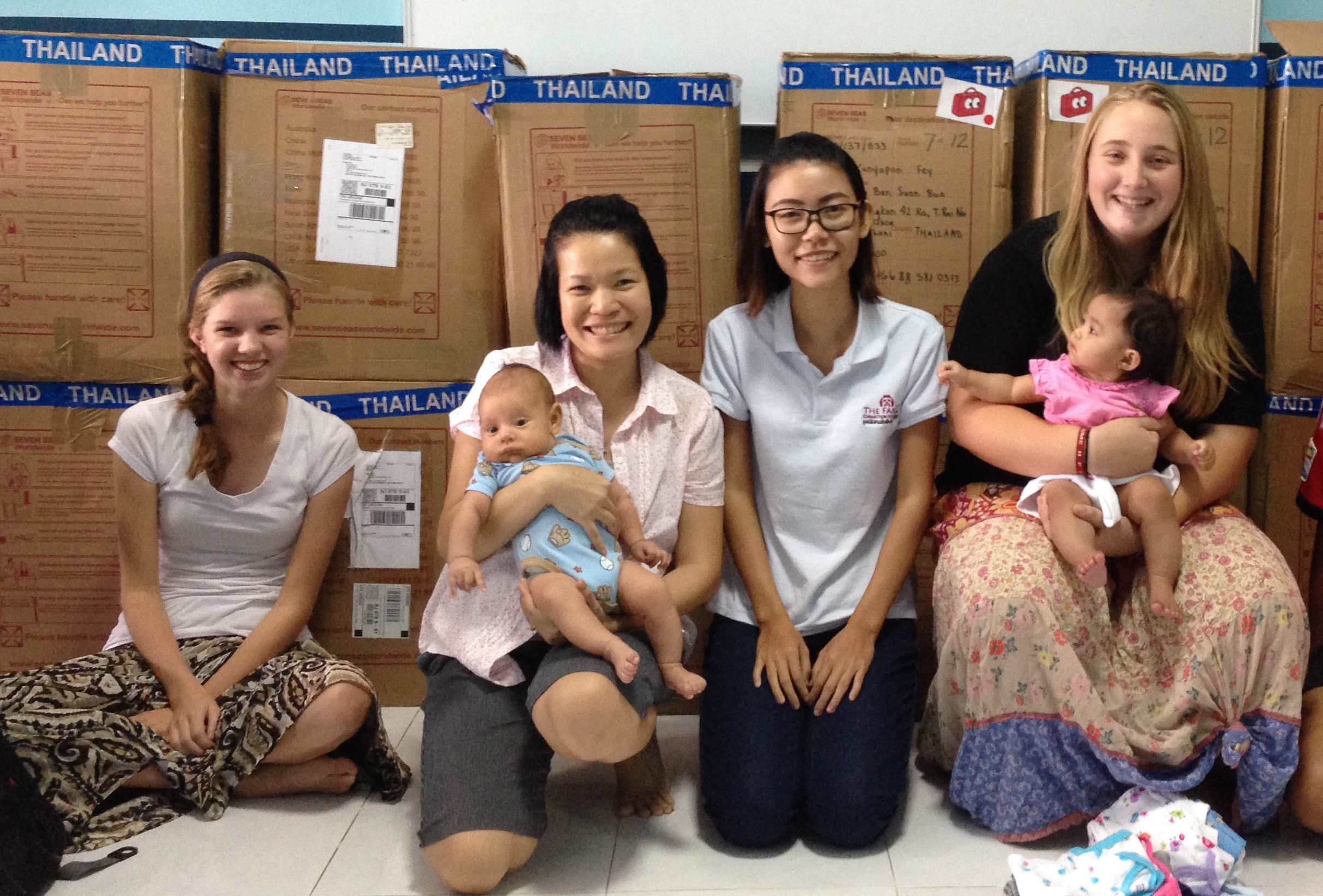 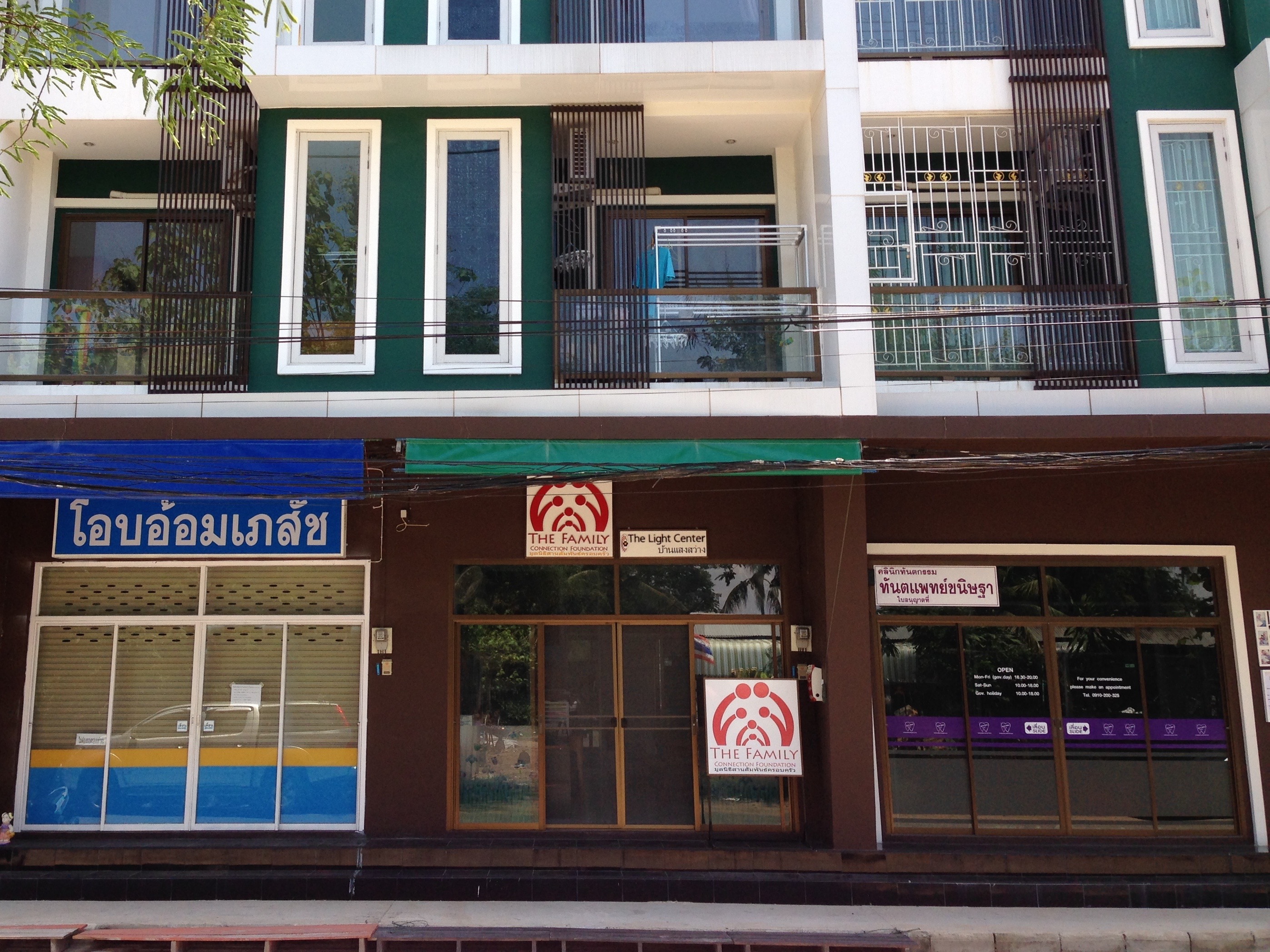