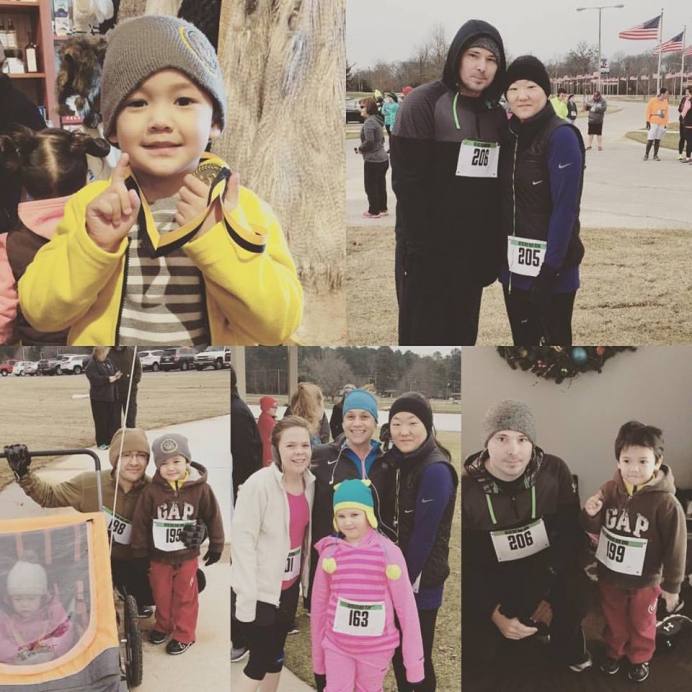 As its website touts, New Beginnings, based in Tupelo, Miss., has one name, but a wealth of services. Although known as an adoption agency, the organization also takes pride in providing pregnancy education to clients and housing moms in a beautifully furnished maternity home.

This year, the agency experienced its own new beginning, starting 2016 with an inaugural New Year’s Day 5K run. Over 100 participants braved the 40-degree temperatures to support and fundraise for the Erwin Maternity Care Home.

The event was sponsored by Omada Sports Management, whose Tupelo-based attorney, Peggy Hodges, offered to coordinate the run. Following the 5K, Hodges’ organization provided a buffet, a disc jockey and an awards ceremony to benefit the home.

“It was a really fun event and the sponsors were such a blessing to the center,” Alicia Milstead, New Beginnings’ development director said. “Some of our adoptive families even attended. We definitely look forward to an annual event for New Year’s Day.”

The fundraiser provided a big win for New Beginnings, which relies fully on donations. The 5K funds will be used to build new upholstered headboards and upgrade the mattresses in the maternity home.

New Beginnings has been helping women for nearly 30 years, and many of the current staff and volunteers have been involved for at least 20 years.

The multifaceted organization started out as a dream of Steven and Evelyn Drury in the late 1980’s. As an administrator of a residential group home that housed around 100 children—some who were in need of adoptive families—Steve was tuned in to the area’s increasing need for adoption services.

Area pastors were interacting with more and more women who were interested in making an adoption plan, but had nowhere to go locally. The Drurys responded by establishing an adoption agency.

Within the first 10 years of the organization’s history, the Drurys opened the Erwin Maternity Care Home to meet the housing needs of up to nine mothers at a time. Meanwhile, the adoption services side of the organization continued to grow, expanding into international adoptions in 2002.

The organization’s current president and former board member, Tom Velie, and his wife Debbie—who holds the title of outgoing program director—have direct ties to the good work they are part of, having adopted two girls from Korea another adoption agency before moving to Mississippi.

Change in the needs of its clients—and an uptick in the interest for international adoptions—have caused the organization to shift its focus to center around adoption, but the organization is still equipped to offer ongoing support and care to three residential birth mothers at a time.

Unlike many maternity homes, the focus is primarily on serving the birth mothers who are making an adoption plan.

Tricia Robbins, the home’s birth mother outreach director, happily embraces her role on the New Beginnings staff. Around 20 years ago, she walked the path of a birth mother, entrusting her child into the care of an adoptive family.

“We offer a lot of services, and we never turn anyone away,” Robbins said. “But as a birth mom myself, I believe the birth moms are always at the forefront of our minds. It isn’t just a beautiful place for the birth moms, it’s a beautiful ministry.”

While the birth moms live in the maternity home, they can take advantage of New Beginnings’ maternity education and services, birth training, and grief counseling.

The birth moms receive their maternity care at a local obstetrical and gynecology clinic. Then, they can choose to deliver at Tupelo Women’s Hospital or at a hospital in their own community. Birth moms also receive support and assistance as they develop an adoption plan, which can include choosing the adoptive family in an open adoption.

“We have a strong connection to Steve Drury’s belief that ‘every child deserves a forever family,” Tom Velie said. “Whether adoption occurs through a birth mom, a children’s group home or for a child overseas, we want to make this happen every single day.”