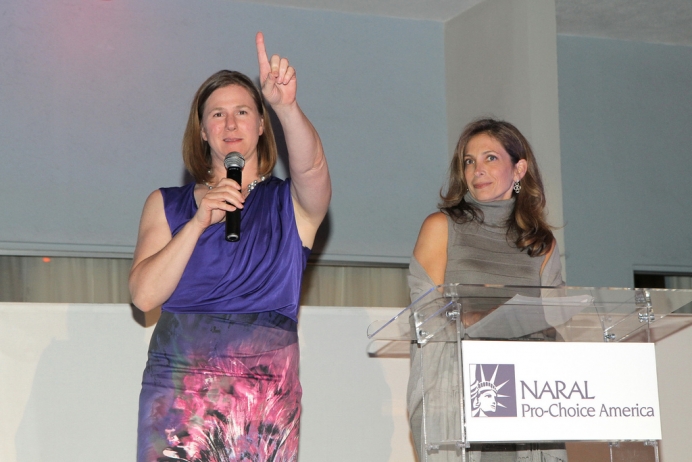 NARAL's California state director says "abortion is the most safest medical procedure in America". Well, no. No it isn't.

Fact Check: Abortion is NOT “the most safest medical procedure in America”

File this under low-hanging fruit: NARAL Pro-Choice America’s California state director Amy Everitt wants the world to believe that, in her words, “abortion is the most safest medical procedure in America.”

Spoken at a Los Angeles City Council committee meeting earlier this week, Everitt’s word-sin of doubling up superlatives is hardly the most striking infraction packed into the statement.

Everitt, who has said she and her group would deny the First Amendment right of free speech to pro-life individuals and pregnancy centers if given the chance, is wrong on at least four counts in her politically driven assertion:

There is no “medical procedure” on the planet more dangerous than abortion, which—at the very least 92 percent of the time—brings in two perfectly healthy patients and kills one of them.

In fact, “dangerous” isn’t really the right word, when you consider the rate of “successful” abortions. With very few exceptions—praise God there are any!—virtually every baby who goes into an abortion clinic in his or her mother’s womb is killed.

That the one patient who dies is a defenseless child in the most vulnerable of situations only amplifies the lethality of abortion.

Taking two healthy people and killing one of them is hardly what I’d call “safe.” In fact, I’d call it downright “lethal.”

2.    Nobody knows how many California babies are aborted.

Along with Maryland, California stands apart from the rest of U.S. states in that abortion providers are not required at all to report the number of abortions they carry out.

According to the Guttmacher Institute, in fact, only 27 states require providers to report any post-abortion complications. Guess what state is not in that list? You got it, California.

Tweet This: @ProChoiceCA dir: "abortion is most safest" med procedure in U.S... Well, no. No it isn't.

This is no minor point for pro-aborts in California. Back in 2015, when the so-called “Reproductive FACT Act” was being duked out in California’s state Senate, Los Angeles Senator Holly Mitchell cited the fact that California doesn’t report abortions as a rebuttal to a fellow senator quoting national abortion statistics since Roe v. Wade made abortion on-demand legal in all 50 states in 1973.

Considering only half of U.S. states are even required to report on post-abortion complications, Everitt’s statement is unverifiable at best, and a straight-up lie at the worst.

Take abortion providers in the state of Texas, for example, which passed its HB2 legislation in 2013 that set the stage for the 2016 Supreme Court case, Whole Woman’s Health v. Hellerstedt.

The law simply required abortion clinics to make their hallways big enough to allow a gurney to fit through, and obtain admitting privileges at a hospital within 30 miles of their abortion business. Yet, that was enough to close down half of the state's abortion clinics.

While the Supreme Court struck down HB2 as representing “undue burden,” it enshrined a status quo that allows abortion business to operate under conditions that continue to keep women from getting emergency care if there should be complications.

Even the fact that such a law would require changes should be alarming enough, not to mention that half of the abortion clinics in Texas closed down shop rather than meeting their clients with a base-level of care.

The same is happening in Ohio, where Founder’s Women’s Health Clinic is on the verge of closing because they can’t comply with a state regulation that requires them to have admitting privileges. This despite the fact that the clinic is just blocks away from the state capitol in Columbus, where a dozen hospitals are in operation, including teaching hospitals associated with Ohio State University.

When a hospital cuts ties with your business, it’s pretty safe to assume you aren’t, well, safe. And you probably aren’t health care, either.

Tweet This: Every abortion ends with the death of 1 patient. How's that for safety? #WhyWeMarch

4. Childbirth is safer than abortion.

Well, it isn’t. But don’t ask me—or Everitt, who has zero medical training or experience—ask the Centers for Disease Control (CDC), which has stated that the two data points of childbirth and abortion aren’t even comparable.

Still, Everitt insisted that “medically acclaimed” studies—whatever those are—show childbirth to be more dangerous than abortion.

It does make you wonder, to put it in Everitt’s parlance, which study is “most bestest.”