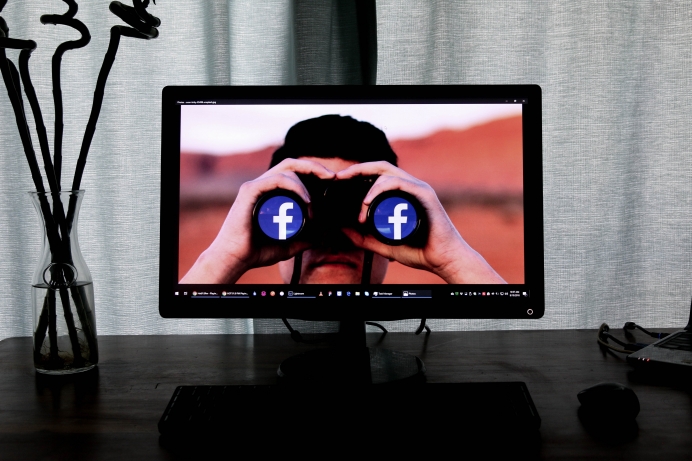 American pro-life advocates have voiced concern about protections for their free speech, and at least one member of the oversight board has links to a group that halted a pro-life billboard campaign in Kenya.

“Facebook is a place where many people exchange ideas and share their lives,” Kristan Hawkins, president of Students for Life of America, said May 18. “The policies of Facebook should mirror broader society, in which speech that does not incite violence is embraced. It’s ironic that pro-life speech is ever censored considering that we advocate against the violence of abortion and for women and their pre-born children.”

In Hawkins’ view, there is a bias in favor of abortion on most platforms.

Hawkins said that “pro-life and pro-faith people must be included” on the Facebook oversight board. These people are most often affected by speech codes, she said, citing Students for Life’s experiences on college and university campuses.

“Allowing only people who support abortion to fact-check will create a flawed system that will inherently lead to pro-abortion positions, which is especially troubling as both sides have very strong opinions and the science needs to be discussed,” she said.

Tweet This: “Allowing only people who support abortion to fact-check will create a flawed system that will inherently lead to pro-abortion positions .."

In 2019 the pro-life investigative group Live Action objected to penalties on its Facebook social media reach after a third-party fact-checker labeled a post “false” for saying that “abortion is never medically necessary.” The third party, Facebook fact-checking partner Science Feedback contended that removal of ectopic pregnancies are medically necessary and should be considered abortions. Live Action said that removing a Fallopian tube or a portion of it is not an abortion because it does not aim at the death of the child--an explanation echoing Catholic ethics’ treatment of ectopic pregnancy.

Live Action also objected that the doctors who authored the fact-check also performed abortions, and one served as a board member of the pro-abortion group NARAL.

Appeals of such judgments could soon go to a Facebook oversight board, which will have the power to overrule content moderation decisions by the social media giant. The board could also help Facebook set policy for its website and for Instagram, which it also owns. Facebook has over 2.6 billion monthly users, and some 1.7 billion daily users, Yahoo Finance reports.

Among its issues will be hate speech, harassment, safety, and privacy. Board co-chairs said the process would be transparent and accessible.

Facebook set up a $130 million independent trust to manage the oversight board, and then named four co-chairs. These co-chairs then worked with Facebook to name the 16 other initial board members, announcing them May 6. This selection process will continue until the board reaches 40 members, at which time the board will lead the process itself.

Members will serve terms of three years, for a maximum of three terms. A board committee will select candidates, and Facebook and the public may propose board candidates. All are compensated for their service.

“The board members come from different professional, cultural and religious backgrounds and have various political viewpoints,” the four co-chairs wrote in a May 6 opinion essay in the New York Times.

“We are all independent of Facebook. And we are all committed to freedom of expression within the framework of international norms of human rights. We will make decisions based on those principles and on the effects on Facebook users and society, without regard to the economic, political or reputational interests of the company.”

One co-chair is Stanford Law School professor Michael J. McConnell, a former federal judge on the U.S. 10th Circuit Court of Appeals and a Catholic.

He briefly spoke about Facebook at a May 13 briefing titled “The Church, the State and the Pandemic,” hosted by the San Francisco-based Benedict XVI Institute for Sacred Music and Divine Worship.

A participant in the briefing asked about free speech and social media, citing YouTube and Facebook’s removal of dissenting medical opinions on quarantine and treatment protocols and interviews with practicing physicians.

“Google and Twitter and Facebook are private companies,” McConnell replied. “They are not the government, and so their policies about what they take down and keep up are extremely important for free speech, and we have every right as Americans and as users of those services to protest when we think that they’re doing something wrong. But it isn’t a legal matter. It’s not governed by the First Amendment.”

"No pro-life leader need apply to this board”

Critics of the oversight board include the Free Speech Alliance, a coalition of over 60 organizations hosted by the conservative-leaning Media Research Center.

In their May 7 statement, they said any oversight mechanism was “fraught with danger,” charging it would be “too international and unwilling or unable to embrace America’s First Amendment ideals of free speech.” The coalition said the oversight board was “likely to make Facebook’s restrictive content policies even worse.”

It cited oversight board co-chair Catalina Botero-Marino, a Colombian law school dean and former special rapporteur on freedom of expression of the Organization of the American States. As recently as May 5, she was listed as a board member of the Center for Reproductive Rights.

“That is especially infuriating to pro-life groups that are regularly targeted on social media for their beliefs. No pro-life leader need apply to this board,” the coalition claimed.

While the Free Speech Alliance statement did not go into detail, the Center for Reproductive Rights also appears to oppose some censorship. On its website its issues page lists the cause “information about reproductive health that is free from censorship.” The center considers abortion and contraception to be reproductive health.

Despite its anti-censorship statement, the group’s advocacy efforts include a successful effort last year to remove a Nairobi billboard campaign against abortion put up by an ecclesial community.

Kathy Kageni-Ogang, lead pastor at the Sozo Church of God, a Pentecostal community in the Nairobi suburbs, had set up 13 billboards on major Nairobi streets targeting pregnant women, Religion News Service reported in May 2019. The billboards showed pictures of unborn children and listed alternatives to abortion and contact information for houses for pregnant women and adoption agencies.

“Your mother gave you a chance, it wasn’t easy then too. Give your baby a chance!” said one. Another said “Abortion is Murder!” while another said “Shut down abortion clinics!”

The Center for Reproductive Rights said the billboards came down due to action from the Nairobi County Government, though Religion News Service said an advertising company took the billboards down.

“The billboards fuel stigma and misinformation on abortion, creating an environment that adversely affects reproductive health providers and women seeking these services.” Evelyne Opondo, senior regional director for Africa for the Center for Reproductive Rights, said in a May 2, 2019 statement.

The pro-abortion rights group did not detail specific misinformation, but implied the ecclesial community wrongly claimed abortion is illegal in Kenya. The abortion backers said abortion is legal in Kenya “when the life or health of a woman is at risk.” The group said stigmas against abortion led to the government’s revocation of guidelines that informed health care providers about when abortions are legal. The group also objects to the government’s ban on abortion provider Marie Stopes International from providing abortions and information.

The pro-life movement is the target of “misinformation and bias from the media, mainstream culture, and politicians across the country”

CNA sought comment from the Center for Reproductive Rights and the Facebook oversight panel but did not receive a response by deadline.

In a May 22 blog post on the Students for Life website, Matt Lamb, director of strategic engagement and outreach, said oversight board member Stanford law professor Pam Karlan is “radically pro-abortion” and backs abortion through nine months of pregnancy. She co-authored an amicus brief in the 1992 case Planned Parenthood v. Casey, which reaffirmed most Supreme Court precedent requiring legal abortion nationwide.

For Hawkins, who signed the Free Speech Alliance statement, the pro-life movement is the target of “misinformation and bias from the media, mainstream culture, and politicians across the country.”

“And defending the facts about the life issue and reaching our peers is a full time job. At a bare minimum, pro-life people should have access to the free marketplace of ideas, where the First Amendment guarantees our freedom of speech and should protect us from view point discrimination,” she said.

Tweet This: "At a bare minimum, pro-life people should have access to the free marketplace of ideas ..”

The Free Speech Alliance statement worried the oversight board might control “conservative” speech, including speech that defends marriage, religious freedom, the lives of the unborn, gun rights, and free enterprise, under the pretext that it constituted “hate speech.”

The coalition contended that the oversight board had only “one traditional conservative and one libertarian.” The critics objected to board co-chair Jamal Greene, a Columbia Law professor, who was an aide to U.S. Sen. Kamala Harris, D-Calif., during the confirmation hearings for Supreme Court Justice Brett Kavanaugh.

They also criticized links that several board members and the board administrator Thomas Hughes share with the influential billionaire George Soros.

Another board member, Kenyan human rights activist Maina Kai, presently heads Human Rights Watch’s Alliances and Partnerships Program. He served as a special investigator for the U.N. Human Rights Council. In this role, he backed a Botswana court decision overturning a ban on gay activist groups, Reuters reported in 2014.

While in the U.S. and other Western European countries LGBT advocacy has become so dominant that Christians and others who disagree can face strong social and legal pressures, in other parts of the world LGBT advocacy is seen as a vanguard of unwanted social change that promotes immorality and undermines religion and traditional values.

Facebook deleted an of average 288,000 posts globally on grounds of hate speech per week over two months in early 2017

At present, Facebook’s anti-hate speech policy bars direct attacks on people based on “protected characteristics” such as “race, ethnicity, national origin, religious affiliation, sexual orientation, caste, sex, gender, gender identity, and serious disease or disability.” Such an attack is defined as “violent or dehumanizing speech,” “statements of inferiority,” or “calls for exclusion or segregation.”

In a two-month period in early 2017, Facebook deleted on average 288,000 posts per week globally on grounds of hate speech, Facebook executive Richard Allen said in a June 27, 2017 blog post.

During the development of the oversight board, Facebook launched a public consultation process to solicit opinions and recommendations. On the matter of board member diversity, participants in the consultation prioritized diversity cultural and linguistic knowledge, ideological or political views, race or ethnicity, nationality, and other characteristics such as gender and sexuality. Only 46% thought religious views of board members should be an extremely important priority when considering diversity, according to Facebook’s report on the consultation published June 27, 2019.

Some American Catholics have run afoul of content moderation. Facebook in 2018 apologized to the Franciscan University of Steubenville for a “mistake” in rejecting its theology programs ad, on the grounds that an image of the cross was too violent and sensational.

Catholic fundraisers reported “critical” delays in Facebook ad approvals in the key donation period between Thanksgiving and Christmas of 2017. Facebook had begun to give new scrutiny to ads aimed at religious audiences, following claims that ad campaigns backed by the Russian government used Facebook and other social media to increase religious and political tensions in the U.S. ahead of the 2016 elections.