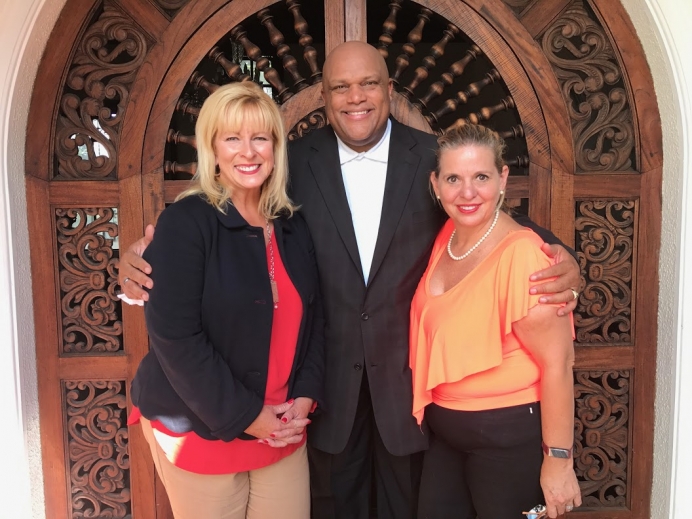 Praying for Salvation from Abortion, “Sleeping Majority” of Pro-Lifers Rally in El Salvador

Every day for the past decade, a small group has gathered to pray for an end to abortion in El Salvador—a nation of six million citizens which, though it boasts some of the most protective abortion laws in the world, sees more than its share of illegal abortions.

Ana Munguia has also prayed for the women around her who may resort—or already have resorted—to abortion while she’s watched El Salvador’s pro-life stance come under assault from International Planned Parenthood Federation and other abortion-promoting groups both within and from outside the country.

With pressure from outside the country to legalize abortion, Munguia’s prayers have been contrasted with a shifting political environment that has the nation’s legislature two votes away from allowing the deadly procedure, which was prohibited in 1997.

But after a decade of prayerful expectation, Munguia is seeing plenty of reason for renewed optimism—especially after a trailblazing pro-life gathering Oct. 10 that assembled 57 leaders throughout the nation to plan for the next stage of the battle for life in El Salvador.

Among the group—which was called together by Dr. Ronaldo Archer, a U.S. envoy working under Attorney General Jeff Sessions—were two staunchly pro-life politicians, as well as influential members of the media, businessmen, pastors, licensed counselors, doctors and nurses.

Together, the group took the first steps toward fulfilling Munguia prayer for an organized effort to save lives from abortion through pregnancy help centers and medical clinics.

“It was just a miracle happening,” Munguia said. “I cannot believe what happened. We thirst to do something for unborn children in El Salvador.”

As Archer and Munguia connected and rallied many of the country’s influencers together for the one-day strategy session, they reached out to Heartbeat International, the world’s largest pro-life pregnancy help network, for training and guidance in their first steps toward establishing centers of their own in El Salvador.

After two days of prayer and discussion, the group emerged with a goal of establishing at least 16 pregnancy help centers within the next five years—a goal Salvadorians are more than capable of reaching sooner than expected, Heartbeat International vice president Cindi Boston said.

“As people were praying for the unborn in El Salvador, God was raising up people whose hearts were swelling for women in crisis and for the unborn,” Boston, who led the strategic training session, said. “God has been preparing very fertile ground over the last 10 years through the prayers of Ana and others, and that makes all the difference.”

When El Salvador’s Legislative Assembly voted in 1997 to amend its penal code and outlaw abortion, it did so with 61 of 84 votes. That preceded the adoption of a new penal code in the following year that makes abortion illegal under any circumstances and punishable with two to eight years of jail time for a woman who aborts her child, plus a four to 12-year sentence for the abortionist.

In 1999, the nation amended its Constitution to recognize the beginning of human life from the moment of conception—an established scientific fact that the U.S. Department of Health and Human Services (HHS) recently stated in its 2018-2022 plan.

All the while, pro-abortion groups have targeted El Salvador as a strategic rally point to spread their agenda globally.

In 2013, abortion campaigners identified a woman named “Beatriz,” a young mother who was diagnosed with lupus and pressured to abort her preborn child. Seizing upon her story, abortion activists claimed that Beatriz’ life was in danger and that her child would never survive the womb.

After failed attempts to bully the government into allowing Beatriz to abort her child under the auspices of saving her own life and ending her child’s suffering, she delivered via cesarean section at 26 weeks. While Beatriz survived and went on to live a healthy life before dying in a motorcycle accident in October 2017, her son lived just five hours outside the womb.

Even though Beatriz’ survival disproves the argument that abortion is ever medically necessary, her story has been a rallying point for pro-abortion forces who are now seeking to overturn El Salvador’s protection for preborn children and their mothers.

In the face of such sustained pressure, Salvadorian pro-lifers are rallying just at the right time, says Munguia.

“It’s such an answer for us who have been just watching the pro-abortion agenda going on,” Munguia said, noting that the organized pro-life movement in her nation is now calling itself, “Heartbeat El Salvador” and affiliating with Heartbeat International. “You have to understand, 89 percent of El Salvador is pro-life, but we have been quiet. Now, we have a voice, we have a name.”

Awakening and Mobilizing the Sleeping Majority

Highlighting the list of influential Salvadorians at the meetings, Legislative Assembly member Ricardo Valesquez said he hopes the pro-life community’s ongoing battle to protect lives from abortion lights the way for other nations who have capitulated in spite of their own histories of valuing each human life.

“We have a spiritual background that allows me to tell you that we don’t see with good eyes this international propaganda that is trying to impose the abortion industry,” Valesquez said. “We are the sleeping majority… We need to empower people to speak of their values in order to stop this worldwide agenda and propaganda that, by repeating their lies time after time, are convincing many women to do something against their own motherhood and nature.”

Archer, a motivational speaker and church planter who has traveled with the world championing human rights, is himself a survivor of abortion. Driven to prostitution as a teenager, Archer’s mother had tried to abort him with a coat hanger and by ingesting abortifacients pills, but they both survived.

Archer’s partnership with the resurgent pro-life movement in El Salvador is one of his many ongoing efforts to rescue lives from abortion all over the world. Working alongside Heartbeat International allowed Archer to focus on motivating Salvadorian pro-lifers while laying the groundwork for an ongoing pregnancy help movement.

“The vision for this whole movement was to wake up the church—for the protestant and Catholic church to come together and focus on life,” Archer, an ordained minister, said. “The church has been somewhat dormant as far as activism and fighting for life, so our responsibility as outsiders was to agitate, inspire and motivate. So much happened in a short amount of time.

“It was a magnificent, God-ordained, divine moment of seeing people of faith come together to change culture.”