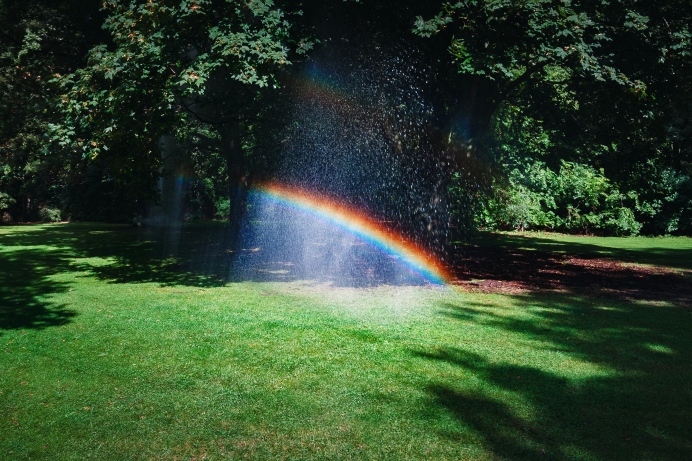 Don’t downplay the miracles God does in your prolife ministry

Grabbing a smooth stone in one hand and a Sharpie in the other, I wrote “life saved” and placed the stone in the large, clear vase in my office.

The rock nestled on top of many others with various phrases like “financial miracle,” “deliverance from addiction,” “dad got a job,” “healing from abortion,” and so on.

Sometimes we would just put a sparkling golden stone in the jar as a reminder to praise God for His goodness toward us and our clients.

And we need reminders, don’t we?

Running a prolife ministry is a little like serving a banquet on a battlefield. There’s delight and goodness, yet it often feels like we’re dodging bullets.

Jesus often used the phrase, “he who has ears to hear, let him hear.”

There is something about the work of God which requires a response on our part. God moves, and we can either recognize what He is up to or remain deaf and blind to it.

One common temptation is to second-guess ourselves when it comes to the testimonies we share.

We want our givers to know what God is up to in the lives of our clients, yet we recognize the slice we share may not be the whole picture.

That’s because life is messy. It doesn’t work out like a Hallmark movie. People’s issues don’t get tied up with a pretty bow.

I’ll give you an example.

One teenage client who came in with her boyfriend was certain she should get an abortion. They feared that her parents would “kill her” once they learned she was pregnant.

After receiving support services, this young couple decided against abortion. They attended our Life Skills classes for months.

A couple of years later, this couple dropped by our clinic with their little girl. They told us the client’s parents were thrilled at becoming grandparents.

Not only that—the client and her boyfriend had gotten married!

That sounds like a pretty happy ending—except that I saw her a few years later and learned that they had gotten a divorce.

Did that divorce undo the rest of the miracles in this young woman’s life?

Her baby’s life was still saved. She still learned valuable principles in our classes. She was happy to be a mom (and had a second child with her new husband).

Rather than being dismayed about the divorce, I chose to celebrate the fact that this young woman avoided the scars of abortion and was continuing to grow.

I’m sure you can think of many examples of client testimonies from your own ministry—testimonies which are still unfolding, and which have plenty of ups and downs.

The recovering addict who has to go back to rehab. The post-abortion recovery client who only gets halfway through the process and then bolts. The young woman who chooses life for her first baby—but not her second.

And then there are the numbers.

We put together data and then second-guess ourselves as to whether the numbers reflect reality. Are we really this effective, or does it only look like it on paper?

Here’s the thing: the numbers are a way to measure things and keep apples compared to apples and oranges compared to oranges. They may not tell the whole story, but they give good indicators.

At the end of the day, remember that God is at work in and through your ministry. He is saving and transforming lives. He is changing hearts.

He is working miracles in the middle of people’s messes.

Tweet This: At the end of the day, remember that God is at work in and through your ministry. He is saving and transforming lives.

You have the wonderful privilege and responsibility of testifying to what God is doing through your center. You get to communicate the wonders you see and hear so that others can rejoice and give praise to God.

Here’s how I put it here:

“Every time a person makes a positive change, that change is a miracle. Your kindness, perseverance and faith can help break cycles, change lives, and transform family trees. Your contribution will impact the next generation—one life, one step at a time.”

Let’s ask God for open eyes and ears. Let’s not miss His miracles. Let’s continue to share them with others.

He is at work, and He deserves our praise.