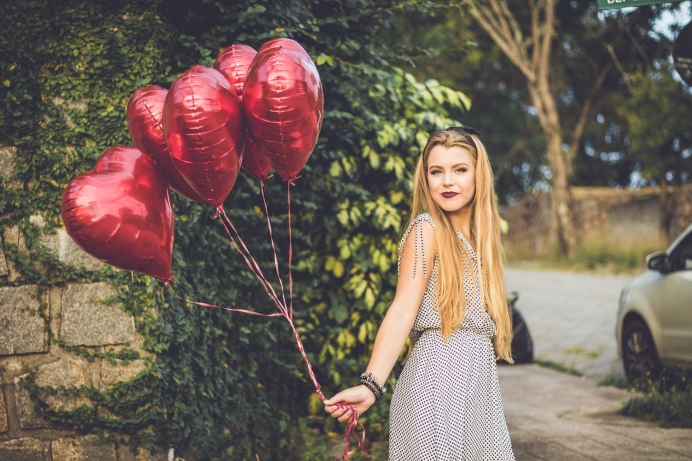 Why love is paramount in the world of #prolife work

I’ve been on the planet long enough to observe a few changes over time. Compared to the days of my childhood, on average, people seem lonelier, busier, louder and ruder than they used to be.

It’s like we’re all desperate to be noticed. To be cared about.

In a world of instant connection via internet and devices, we’re more starved than ever for what we need most.

Tweet This: Relationships. Connection. What we all need—what we’re wired for and can’t survive without—is love.

Relationships. Connection. At the end of the day, what we all need—what we’re wired for and can’t survive without—is love.

So here we are, in a cultural context of fragmentation, disconnection and deep pain, holding out hope and clarifying choices for those about to make a life or death decision for their preborn child.

As pro-life Christians, we are motivated by love. We point back to the beginning, when our Creator and Father made us in His image out of His great love (Genesis 1:26-28).

We look to our Savior and supreme example, Jesus, who endured the cross for the joy set before Him—the joy of bringing humankind back into relationship with the Father (Hebrews 12:2).

We remind ourselves what He commanded us,

Our mandate is to love each other, and to demonstrate to a love-starved world what it means to receive and live in the love of God, letting it flow through us to others.

No doubt, you’ve had times when you’re in conversation with a client and you experience an overwhelming sense of compassion for her.

You receive a revelation of her dignity as a person. You almost can’t describe the sheer joy of helping her.

You know it, because it’s bigger than you. It comes from another source—the “God of love and peace” (2 Corinthians 13:11).

This love is powerful and life changing. You’ve seen it at work in the lives of your clients. You’ve experienced it in your relationships with your sisters and brothers in Christ.

But there’s another group of people God calls us to love besides fellow believers and the people we serve. Jesus said,

“You have heard that it was said, ‘Love your neighbor and hate your enemy.’ But I tell you, love your enemies and pray for those who persecute you, that you may be children of your Father in heaven.” – Matthew 5:43-45

Indeed, there are those who oppose what we do.

When I became active in pro-life work twelve years ago, it would have been hard to imagine what we face as a nation now.

Voices in power arguing for infanticide. Voices claiming abortion is something about which a woman should be glad and proud. That the only thing that matters is whether a child is “wanted” or not.

As a culture, we’ve pulled the kid gloves off. We’re more blatant than ever about dehumanizing the unborn, willing to dispose of them for any and every reason.

Those of us involved in work which opposes this heartless cruelty are slandered, maligned and threatened.

Yes, we have enemies. And Jesus is clear about how we must treat them.

I’ve been reading through the book of Daniel lately, impressed by the attitude of this wise man of God.

Daniel is deported from his homeland and forced into servitude for a series of kings who worship foreign gods.

In his place of exile, Daniel continues to worship God. He acts with honor and humility, yet without ever compromising his faith.

He also displays a genuine personal interest in the welfare of the pagan kings who rule over him.

When King Nebuchadnezzar is troubled by the dream of a great tree chopped down, and Daniel realizes God is going to punish the king, he says,

“My lord, if only the dream applied to your enemies and its meaning to your adversaries!” –Daniel 4:19

He then advises the king to repent in order to avoid the consequences of his sins.

Daniel is concerned for Nebuchadnezzar. He does not want to see him suffer.

Again, when Darius the Mede takes the throne, it’s evident Daniel has more than an employer-employee relationship to the king.

When a plot lands Daniel in the lions’ den, Darius is so upset he doesn’t sleep all night. In the morning, he hurries back to the den, hoping against hope that Daniel somehow survived.

“When he came near the den, he called to Daniel in an anguished voice, ‘Daniel, servant of the living God, has your God, whom you serve continually, been able to rescue you from the lions?’” – Daniel 6:20

Of course, Daniel assures Darius that God miraculously spared him, whereupon the king is overjoyed.

Do you feel the emotion pulsing in this story?

Darius loved Daniel—because Daniel had shown love to him.

I know a preacher who occasionally walks the halls of power in Washington, D.C. just to pray for the people who work there.

Recently, she became acquainted with a politician who, let’s just say, doesn’t exactly vote the way Christians would probably hope for.

In conversation, she learned this man had suffered devastating news on several levels. His stress level was sky high. She offered to pray for him and his staff, and they gratefully accepted.

In that room, the kingdom of God took precedence over any kingdoms of man.

This praying woman loved her “enemy,” and the result was profound.

Tweet This: “It doesn’t matter what party they belong to, or what they believe, or how they vote, people need the love of God.”

“It doesn’t matter what party they belong to, or what they believe, or how they vote,” she explains. “People need the love of God.”

Everyone has a story, including those who oppose us.