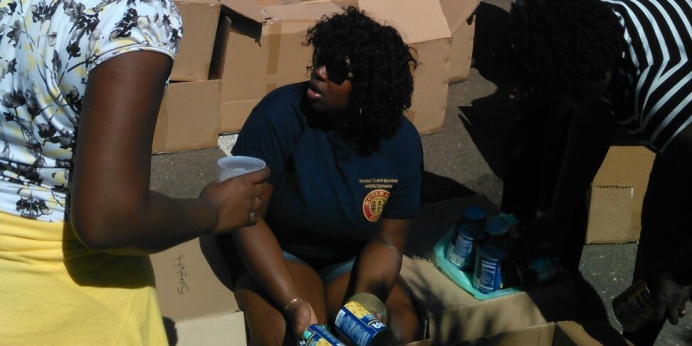 Centers in Bahamas, Charleston, Looking Ahead in Joaquin's Wake

Hurricane Joaquin officially dissipated off the East Coast and headed seaward Wednesday, leaving six islands in the Bahamas to rebuild the wreckage of a Category 4 hurricane. Meanwhile, areas of South Carolina, especially Charleston, remain under a flood warning as of early afternoon Thursday.

Located in the Bahamas capitol city of Nassau, on the island of New Providence, Bahamas GodParent Center was spared from the path of the storm that devastated several in 700-island chain of the Bahamas. The first stand-alone pregnancy help center in the Bahamas has pitched in with the larger relief effort in Nassau.

While winds reached as high as 130 miles per hour at the height of the storm late last week, the heaviest damage to the Bahamas came as a result of what is known as an "eyewall," the ring of extreme winds surrounding the eye of a hurricane itself. The eyewall was part of an effect that had the storm linger over the islands of the central Bahamas, displacing hundreds of residents in the process.

"We pray for our brothers, sisters, family members and friends during this time of utter catastrophe, knowing that God is able to do abundantly above anything we can ask or imagine according to the power within us," Darville said.

Meanwhile, in Charleston, the storm caused Lowcountry Pregnancy Center to close down for three days, with the center's staff unable to get to work due to the flooding. Outside of a leak or two in one of the center's offices, however, the staff and volunteers was able to pick up where they left off early in the week.

Faye Hill, Lowcountry's president and CEO, said her staff has had to fight through washed out roads and bridges that had given way to the pressure of being surrounded by three feet of standing water at one point.

Hill said she was hopeful even in the midst of the flooding, which comes on the heels of a difficult summer for Charleston following the June 17 shooting at Emanuel African Methodist Episcopal Church in downtown Charleston.

"It certainly has been a rough time in our area over the past couple of months," Hill said. "But I can tell you this--the LORD is moving here. Perhaps a revival could break out in Charleston, South Carolina."