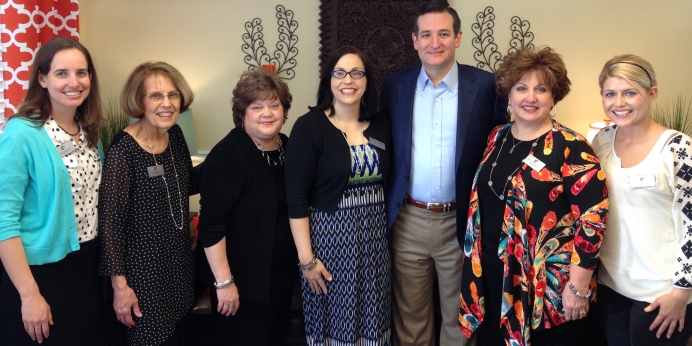 Meet the Center That's Become a Destination for GOP Hopefuls

It’s a long-understood dynamic that a woman’s first look at an ultrasound image can change her view on life and abortion in an instant.

With many of the nation’s 1,000-plus pregnancy help medical clinics estimating nine of every 10 women who see through the “window into the womb” choose to carry their baby to term, more and more centers are turning to ultrasound as a vital tool for serving women and families in an unexpected pregnancy.

One woman’s look at the ultrasound screen in a Sept. 25 visit to Carolina Pregnancy Center in Spartanburg, S.C., however, may yet prove to be of lasting national influence, however, since that woman is GOP presidential candidate Carly Fiorina.

Standing in the clinic’s ultrasound exam room, shoulder-to-shoulder with the clinic’s medical director, Dr. Mary Haddad—as well as reporters and photographers from National Public Radio, The Washington Post, The New York Times and others—Fiorina not only dug in on her opposition to Planned Parenthood, but on her conviction that women have a better way forward than abortion because of community-funded pregnancy centers.

“The character of this nation cannot be about the butchery of babies for their body parts,” Fiorina said from the front steps of the center. “This pregnancy center is completely privately funded, and a Planned Parenthood is funded by taxpayers.”

Inside the center, Executive Director Alexia Newman had the chance to show off the good work CPC has been up to over its 28-year history.

Along with the ultrasound exam room—where she had lined up an ultrasound appointment with the permission of her client, Lacey Thomas—Newman was able to point out what the county of close to 300,000 residents 30 minutes south of the North Carolina border have come to know as a vital community partner.

“Carly was very impressed by our center—she told us she hadn’t seen an ultrasound in action before,” Newman, who has served as CPC’s director since 1989, said. “The press coverage we’re seeing as a result has been surprisingly positive as well, and it’s led to some very interesting conversations with some of the members of these papers.”

Talking one-on-one with one press member who had witnessed the ultrasound, Newman confessed she was caught off-guard by one of his questions. If the image shown on an ultrasound machine was a human being—a baby—he asked, why wouldn’t you do everything you could to stop a mother from having an abortion?

“I told him because that’s not legal,” Newman said. “As we talked, I think it was setting in for him how wrong it was that, if I know a woman is going home to kill her husband, I could call the police and have her stopped. But, if I know a woman is going to have an abortion, there’s nothing I can do to prevent her from doing so because that baby you’ve just seen on the ultrasound has no legal protection.”

While Fiorina has gained the national spotlight in the GOP race since her showing at the Sept. 16 debate on CNN—perhaps as much from defenders of Planned Parenthood determined to disprove her—her visit made her the fifth Republican presidential candidate to visit the center since April of this year.

Texas senator Ted Cruz became the first of the GOP hopefuls to stop into Carolina Pregnancy Center on April 3, after a friend of Newman’s who is part of Cruz’ effort in South Carolina reached out to see if the center was interested in having him tour the facility, which serves 2,600 women every year.

“What an incredible institution—the lives you are touching every day,” Cruz said to a crowd gathered in the foyer of the center. “You can’t help but look at the faces of these precious babies and realize how many lives are being transformed. That, at the end of the day, is the legacy for every one of us.”

On the heels of Cruz’ visit, Newman got a call from another friend involved in the campaign of Dr. Ben Carson, who had not yet announced his presidential bid. He toured the center a week after Cruz’ visit, followed by former Florida Gov. Jeb Bush and Wisconsin Gov. Scott Walker stopped by July 23 and Aug. 28, respectively.

“He was great and he brought all kinds of media with him,” Newman said of Bush, who introduced ongoing funding to pregnancy centers during his tenure as Florida governor. “He is very familiar with pregnancy centers, so he knew the right questions to ask and knew what he was looking for. He loved seeing the ultrasound, and actually had one [ultrasound image] on his phone of one of his grandchildren.”

Newman says the flurry of visits that have made Carolina Pregnancy Center a campaign trail destination of sorts for GOP candidates was “just a God thing,” pointing out that the sudden spotlight hasn’t been the result of an intentional effort for publicity.

As it’s worked out, though, the very candidates whose 2016 viability may depend significantly upon mobilizing pro-life voters have had a chance to see the most powerful weapon of the pro-life movement up close and personal in South Carolina.

“It has become noticeable that each candidate was impressed by the myriad client program options and opportunities for any woman who walks through our door,” Thom Carney, chairman of CPC’s board said. “All this exposure has had a positive effect on those who weren’t previously familiar with the options we make available to every mom in a difficult situation.”

Who’s next for a visit to Carolina Pregnancy Center? Newman says she has no plans as of yet, but she does have at least one more candidate in mind.

“We would love it if Hillary (Clinton) wanted to come on by and see the center,” Newman said of the Democratic front-runner who recently compared pro-lifers to “terrorist groups.”

“We wouldn’t turn her away. We’d welcome her.”

Tweet This: "We would love it if @HillaryClinton wanted to come and see our center." #prolife South Carolina