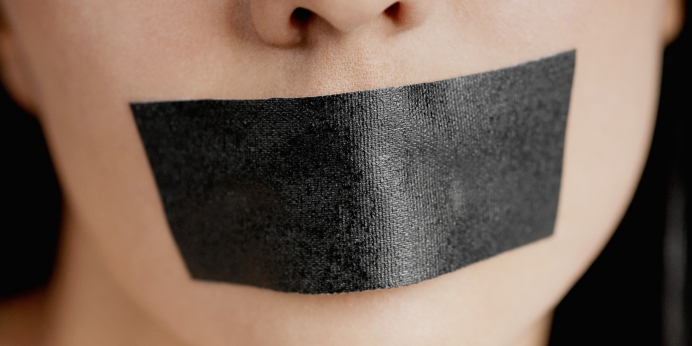 As if they weren’t singled out enough already by legislation that would force them to promote state taxpayer-funded abortions, leaders at the five pro-life pregnancy help centers in Hawaii are starting to realize just how stacked the deck is against them.

Given the opportunity to submit testimony prior to the state senate’s Ways and Means Committee vote Feb. 23—the last step prior to a senate vote—representatives from at least three of the five pregnancy centers did exactly that, even receiving online receipts showing they’d filed testimony properly and on time.

When the committee voted, 7-2, to pass the bill through to the senate, Stacey Jimenez, director of operations for A Place for Women in Waipio—a ministry run by Calvary Chapel Pearl Harbor—wasn’t surprised.

What did surprise Jimenez, however, was that prior to the meeting, the testimonies she and several other pregnancy center supporters had been completely omitted from the process, in spite of the fact they had receipts from their online submission forms.

Joy Wright, the executive director for Malama Pregnancy Center, had noticed the same thing, and contacted the state senate president’s office. When she pointed out the testimonies were missing, Wright was told they were in the process of being posted—a week after the committee vote.

“It’s very concerning that key testimonies weren’t posted,” Wright said on Friday. “The fact that we did not have a voice and that a decision is very concerning. Even if they’re for the bill, it’s very important that we have a voice. We are abiding by the process put together by the state legislature, and so if it’s not followed through on the other side, then we have a problem that needs to be addressed."

At a visit with state Sen. Breene Harimoto—a committee Democrat who voted against the bill—Jimenez’ and Wright’s growing suspicion was confirmed.

The overwhelming majority of testimonies pro-lifers had submitted, including those of leaders and medical staff at the centers, were held back from senators on the committee ahead of the vote.

“I told him what happened with my testimony, and he’s like, ‘They’re censoring you,’” Jimenez. “He brought in his top aide and he said, ‘Listen to what she’s telling you.’ He says, ‘They should not be able to censor your testimony.’”

After the meeting at Sen. Harimoto’s office, Jimenez raised the concern with the legal counsel for Hawaii’s state senate, who assured Jimenez he would look into the matter. Jimenez also reached out to National Institute of Family and Life Advocates (NIFLA)—a membership organization that is a named plaintiff fighting similar legislative efforts in California and Illinois.

California passed a 2015 law, the so-called “Reproductive FACT Act,” which serves as a template for the Hawaii legislation and forces pregnancy centers to advertise to all clients where and how they can receive a state taxpayer-funded abortion.

Though upheld by the 9th Circuit Court of Appeals—notorious for being consistently overturned at the Supreme Court level—that law is likely on its way to the Supreme Court. NIFLA and Alliance Defending Freedom—the lead counsel for the California case—are also fighting a similar, though farther-reaching, law in Illinois.

At issue in all cases is the First Amendment’s guarantee of the rights of free speech and free exercise of religion, which pro-lifers argue is violated by the state forcing them to speak a message in violation of deeply held religious beliefs.

In light of the ongoing struggle in Hawaii, another portion of the Constitution’s First Amendment is coming into focus.

“The First Amendment also protects the rights of Americans to petition the government for a redress of their grievances,” Anne O’Connor, NIFLA’s vice president of legal affairs, said. “This has been violated by the Hawaiian legislature as well. The Centers in trying to oppose this bill have been censured in a way that is mind-boggling in our democracy.

“Their filed written oppositions have mysteriously been lost and therefore not considered before the vote.”

In a video posted to Facebook on Friday, Calvary Chapel Pearl Harbor pastor Derald Skinner appealed to the same portion of the First Amendment.

“This bill demands that all pregnancy resource centers—which are faith-based—must place an abortion sign in their lobbies,” Skinner said. “Plus, we have discovered that many of our testimonies that we sent to the senate never reached the senators before their committee vote… That censorship is directly against our First Amendment right.”

Tweet This: #prolife Hawaiians silenced "is mind-boggling in our democracy." @NIFLA

While no date has been announced for the senate vote, Jimenez said she expects the floor to hear the bill as soon as Tuesday, March 7. In the meantime, Jimenez is hoping the clear breech of protocol will be enough to cause the senate to, at the very least, hold the bill until the next legislative session.

By then, it’s likely California’s law will be before the Supreme Court.

“Our voice was not heard,” Jimenez said. “It does us no good if they see our testimony five days after the fact. We played by the rules and they’re breaking the rules. Mistakes happen, absolutely, but when you make a mistake, you have to take some responsibility.”