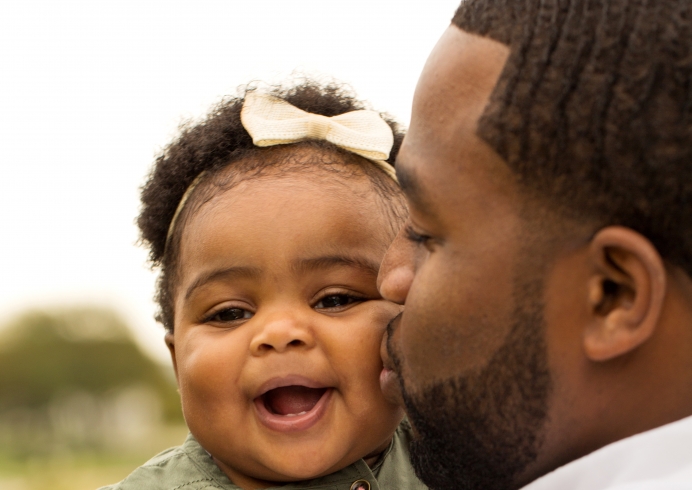 Everybody Loses in Abortion, Including Fathers. Let's Help Them Win

The young man’s voice cracked as he pleaded, “Can you help me? ‘Kaylee’ is going to have an abortion, and I want my baby to live.”

He was not the first young father to come to us with this dilemma.

Over my 10 years of pregnancy center work, I’ve spoken with a number of fathers who desperately wanted to rescue the life of their child—but the decision was not theirs to make.

“Tony” wept as he told me how much he loved his pregnant girlfriend and how he wanted to marry her. But her family did not approve of him, so she broke things off and had an abortion.

“Jordan” expressed grief and anger because his girlfriend was not willing to visit us to get help and support for her pregnancy. This would be the second child he lost to abortion.

“What I want more than anything,” said Jordan, “is to be a father.”

These men, whom God wired as protectors, were given no voice and no choice regarding the lives of their preborn children. They were forced to the sidelines to suffer their loss in helpless anguish.

To be sure, abortion is a choice which generally results from significant difficulty in a relationship. Women often pursue abortion out of negative emotions like fear or shame.

He’s just a friend, I can’t have his baby … he doesn’t provide for me, and won’t for this baby … he’s abusive, and I can’t bring a child into that atmosphere…

Whatever the reasoning, when an abortion happens, everybody loses.

The baby loses his or her life. The woman loses something deep in her soul. The man loses the child he may have desperately wanted.

Men are not always the “bad guy” when it comes to abortion.

The wonderful thing about pregnancy centers is that we understand this battle is not a “male versus female” fight.

It’s a battle against unseen evil powers which sway the minds of human beings and entice them into sin.

“For we do not wrestle against flesh and blood, but against the rulers, against the authorities, against the cosmic powers over this present darkness, against the spiritual forces of evil in the heavenly places.” (Ephesians 6:12)

Yes, some men pressure their girlfriends into an abortion, using the threat of leaving as leverage. Some men willingly pay for an abortion while refusing to provide for a child.

In many cases, men respond exactly the way our culture has trained them to:

“I’ll support you, whatever you decide.”

As I’ve written here, “This is a cop-out, yes, but haven’t we been telling men that being supportive and sensitive is more important than taking responsibility?”

A young father we serve may come from a family trapped in generational poverty, relational chaos or substance abuse. He may never have had a positive role model to show him what fatherhood looks like.

He may have learned to solve problems with his fists instead of his words. Run-ins with the law and jail terms may be part of normal life to him.

In any case, he’s grown up in a culture which has de-linked sex and marriage and redefined family.

The men we serve need to have their minds renewed. They need the hope of the gospel.

Tweet This: Every father needs to know his heavenly Father. Let's help them do that. #prolife @SusanneMaynes

As a mother of three grown sons, I’m especially grateful that the ministry of pregnancy centers includes ministry to men. I’m thrilled that Christian men are stepping up to serve as mentors to young men who need a father figure in their lives.

I’m so glad that, rather than vilifying the men involved in abortion decisions, we recognize their pain and are willing to do something about it.

They need help while their girlfriends or wives are in the middle of wrestling with a pregnancy decision.

They need to know we do not see them as the enemy.

While it’s true that a course correction may be needed in a young man’s life, we don’t seek to add to his shame.

We seek to offer an empathetic ear.

When I spoke with the young father on the phone that day, I asked him if he realized his name is in the Bible. He did not. So I explained the meaning of his name, and told him the story of the Bible character who shares it.

I sensed a spark of hope in him, and explained that God wanted him to have this name, even if his parents were not aware of why they chose it.

Then I had an opportunity to pray words of blessing over this hurting young man—words about God’s care, concern and destiny for him. I told him I would continue praying for his child.

He thanked me, voice catching in his throat.

Something powerful happened in that conversation. I suspect it may have been the first time this young man ever received the message: You matter. You have a purpose. You are loved by your heavenly Father.

Every young man who comes to a pregnancy center needs to hear this message. Every young father needs to come to know his heavenly Father.

Pregnancy centers work to save the lives of babies by reaching out to mothers—but we recognize that fathers need us, too.