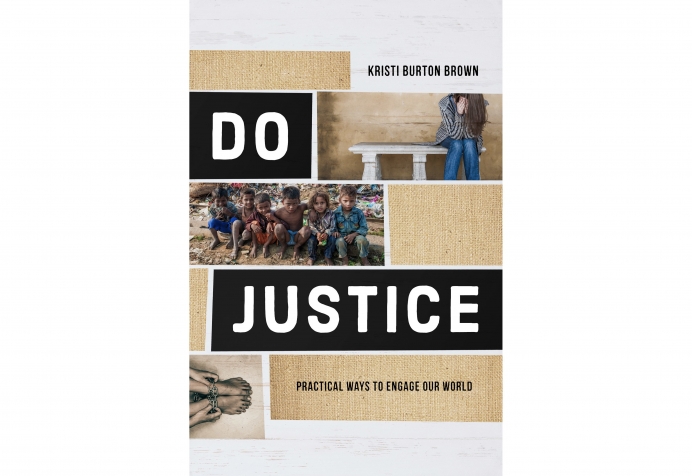 In her book released late this summer, “Do Justice: Practical Ways to Engage the World,” pro-life attorney and columnist Kristi Burton Brown lays a strong biblical foundation for the Christian church’s call to fight and work toward true justice in a world rife with empty calls to “unify” around shallow and often-undefined goals.

Drawing upon the testimony of the Old and New Testaments, Burton Brown also highlights examples of Christians throughout church history—including missionaries like William Carey, Gladys Aylward who ended societal oppression where they served—as well as modern-day pro-life figures to illustrate the variety of ways Christians can live out the biblical call to “do justice, and to love kindness and to walk humbly with your God” (Micah 6:8).

Along the way, Burton Brown—an associate scholar at the Charlotte Lozier Institute and editor of Live Action News—strikes a much-needed chord for those involved in the everyday work of rescuing lives from abortion.

While a diverse approach to making abortion both unwanted and unthinkable is no doubt necessary, what happens all-too-often, Burton Brown cautions, is an unhealthy competition that exalts one approach, organization or individual to the detriment of the pro-life movement.

Here’s Burton Brown’s warning, from Chapter 11 of her book:

A major pitfall in social justice work is the divisive spirit that permeates various movements. You have one trenched in organization over here, one stubborn lone ranger over there, and one all-knowing new player right here. Instead of rejoicing that we are made differently, that God has given us different callings, and that it’s likely we will accomplish justice through a variety of means, we stomp our feet and declare that we have the one and only way to victory.

Exactly how much justice do we accomplish when we argue among ourselves? When we spend our fleeting time debating and accusing and campaigning against each other, where do our resources go? To the people in need? Or to promoting our own agenda and slamming someone else’s? when we are divisive and participate in strife and infighting, we allow the enemy to put a stranglehold on the good we should be doing. Justice is stopped in its tracks while we fight tooth and nail to be right. It’s just not worth the cost.

A discussion on the best use of resources and the best way to fight injustice is often necessary. But in the end, if we can’t and don’t agree, we need to stop wasting time and stop attacking each other. Go your way, and I’ll go mine. God will direct each of us to accomplish His justice.

On cue to illustrate her point, the Maryland Coalition for Life, which formed in 2010 as a response to LeRoy Carhart starting up a late-term abortion business in Germantown, Md., is celebrating his clinic’s closure as of Sept. 27, 2017.

Shortly after Carhart began aborting babies 20 weeks and older in Germantown, Christians from 30 area churches mobilized themselves in a coordinated, multi-faceted response that involved everything from legislation to sidewalk counseling and prayer—over 1,000 people participated in 13 separate 40 Days for Life campaigns—to the opening of a pregnancy help center that referred clients out to existing pro-life centers in the area for ongoing care.

Betsy Evans, executive director of Rockville Women’s Center just down the street from Carhart’s now-shuttered abortuary, said the closure was due in large part to the unified efforts of pro-life Christians in the area.

“It has really been amazing to see how churches and individuals banded together,” Evans said. “There were many skeptics regarding this endeavor and many just watched, not believing the efforts would be successful. That did not deter the team. Clearly, everyone working on this relied on God for every step.

Burton Brown launched her own foray into pro-life work at the age of 19, advocating for a 2008 amendment to Colorado’s state constitution that would have recognized preborn children as persons deserving of full protection under the law. Her fight garnered national headlines—most of them negative from major media and leftist websites like Jezebel and Wonkette.

Tweet This: In #DoJustice, @KBurtonBrown calls for sustained unity in #prolife work.

But that experience—and the negative backlash that came along with it—cemented Brown’s resolve to speak up for those who cannot speak for themselves.

“All we see today are the effects of sin and death all around us,” Burton Brown writes. “That’s what injustice is. Yet as Christians, we can have faith that the final victory of biblical justice will always be ours because it’s already Christ’s. He has already conquered sin and death itself. We know we have nothing to fear because we know that on the other side of the battle we fight today is everlasting life.”

Click here to purchase a copy of Kristi Burton Brown’s “Do Justice: Practical Ways to Engage the World.”