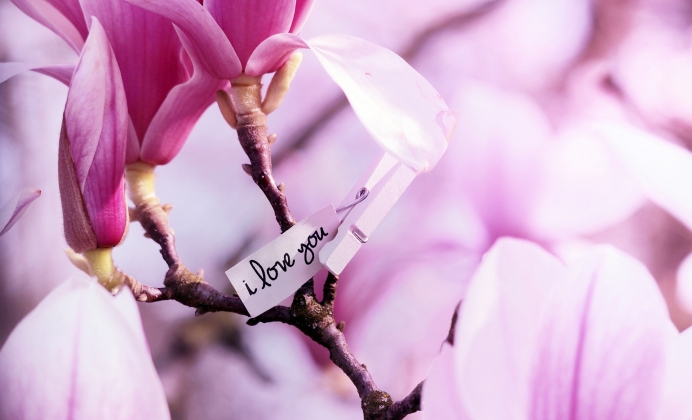 “Bloom where you’re planted” is an adage often suggested as an approach to one’s spiritual life. That idea will also be planted at a faith-based women’s conference in Casper, Wyoming, later this month.

Embrace Grace co-founder Amy Ford and Jessica Russo, the organization’s donor relations manager, are the scheduled speakers for this year's women’s conference, an event hosted each year in mid-March by PVCC.

Embrace Grace is an international program based in Texas that assists churches with establishing support groups and systems to embrace young women experiencing unplanned pregnancies and single parenthood. The program’s participants are referred to as ‘blooms.’

“We’re on the cusp of spring,” Wing said. “We’re constantly in contact with people and so we want women to ‘bloom’ in their relationships, in their faith, their friendships, marriages, and workplaces.”

“The enemy lies to us and wants to keep us from following God’s direction,” Ford said, “(but) God is the one who qualifies us if we are obedient to Him.”

Joy Leist, conference co-leader, had suggested having speakers from Embrace Grace. Leist also co-leads the church’s Embrace Grace program, which has been going on for more than a year. Wing then decided to contact the organization about taking part in the conference.

“I spoke with and prayed with Jessica over the phone,” Wing said. “The things she said seemed to really hit on what I was looking for (in a conference speaker).”

“Jessica and I are going to tag-team the speaking,” Ford said.

“We plan to bring a pro-love message,” she said. “Loving people is what changes hearts and lives. Oftentimes we’re the answer to someone’s prayers. We’re also going to talk about God adventures and obedience, trust and faith – everywhere we go can be a mission field.”

Tweet This: “We plan to bring a pro-love message. Loving people is what changes hearts and lives" Amy Ford on Casper's upcoming Bloom Women's Conference

Service to others is also on the agenda, Ford said.

The women gathered for the conference will pack Love Boxes, which are part of the Embrace Grace program. These boxes, filled with encouraging notes and other items to be distributed to women experiencing unplanned pregnancies, will be given to two Wyoming pregnancy centers True Care Women’s Resource Center in Casper and Women’s Resource Center of Northeast Wyoming in Gillette. Both partner with local churches for Embrace Grace.

“We want to bring awareness to Embrace Grace and encourage more women to be part of it,” said Leist. “The conference, and the packing of Love Boxes, is extra special because Amy and Jessica will be there.”

About 200 boxes are expected to be assembled, she said, thanks to a donation from a church member.

The conference begins on Friday night, March 13, and continues Saturday morning, the 14th.

In addition to the speakers, the men of the church will serve breakfast on Saturday morning followed by lunch catered by a local restaurant, Wing said.

The conference isn’t just for the women of Paradise Valley Christian church.

“We draw women from the local area as well as other parts of Wyoming, even Nebraska,” Wing said.

“This is a big venture,” she added, “and I think the women who attend will enjoy the adventure. Getting Amy and Jessica … knowing they were excited makes me even more excited.”

Both Ford and Russo experienced an unplanned pregnancy; therefore, they are passionate about serving women going through the same situation. Developing Embrace Grace came out of Ford’s experience.

“The church can have a powerful role in saving lives,” she said. “We really can make a big difference partnering pregnancy centers with churches. “We all have a story,” Ford continued. “With my story, I share it over and over – it’s my passion. I also have a passion to empower women, to help them find what that thing is that makes you pound your fist about. There are so many of us who have stories to share, who have things we’re passionate about, but we’re not acting out on it.”

“If we could ignite the church … and have more people, more women, just say ‘yes’ to God," Ford said, "then we can change the world together.”