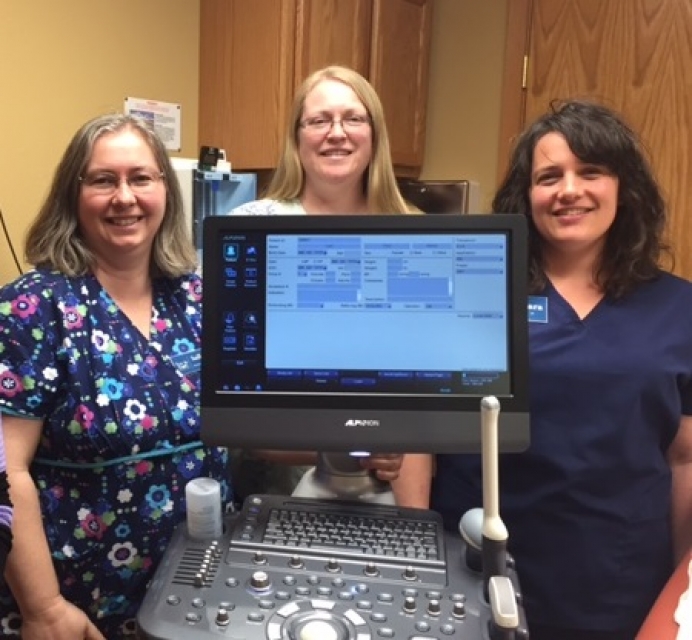 A Wyoming pregnancy help center is now offering women in the process of chemical abortion a second chance to save their unborn baby through the abortion pill reversal (APR) protocol.

Centrally located in a state with a population smaller than many major cities, True Care Women’s Resource Center in Casper began providing APR in January.

“It is important for True Care to offer APR because statistics show that 40 percent of all abortions are now chemical abortions,” said Terry Winship, president and CEO of True Care. “It is projected that by 2023, the percentage will climb to more than 50 percent.”

“If more women choose to take the abortion pill, there could be many more who feel regret and who will be desperately searching for ways to save their babies,” Winship said. “If True Care wants to stay relevant in the fight against the culture of death, we must be on the front lines of the battle and be available for women who start a chemical abortion and then change their minds.”

Wyoming has two abortion providers, both located in Jackson on the state’s western border. For women living in Casper and central Wyoming seeking an abortion, travel to Jackson takes five hours on two-lane roads and over mountain passes. Therefore, most of those women travel south on Interstate 25 to Colorado where Planned Parenthood locations are found in Fort Collins, Greeley, Boulder, Denver and its suburbs, and other cities.

The Planned Parenthood location in Casper had referred for abortion to those Colorado communities but closed almost three years ago. So True Care now has the opportunity to see more abortion-minded clients.

The center has in fact experienced a significant increase during the past three years in the percentage of such patients – from nine percent in 2016 to 23 percent in 2019. True Care can now inform these women about APR. A brochure is provided to pregnancy test patients who say they are considering or planning to abort.

Prior to offering APR this year, True Care’s board of directors, medical director, and nurses needed to prepare. The board welcomed the opportunity to start this new service, Winship said.

“True Care's board of directors was very open to adding abortion pill reversal once they understood what was involved,” she said.

The board felt strongly that the potential to save even one life is worth any added time, effort or insurance expense.

In order to provide abortion pill reversal, the center’s medical director, Dr. Drew Woodward, needed to approve the protocol. Like the board, he was “very much in favor of True Care offering this service,” Winship said.

Because the center’s nurses are already trained in many of the procedures involved in APR, including limited obstetrical ultrasound, providing APR seemed a logical next step.

“The protocol is to first perform a pregnancy test and, if that is positive, a limited obstetrical ultrasound,” Winship said. “If a heartbeat is detected, the woman is offered progesterone to counter the effects of the first abortion pill.”

Nurses can give progesterone in the form of a pill or a shot, she added.

Winship and her staff have informed many in the Casper medical community that True Care now provides APR. The protocol may be new to some physicians in the area.

“We intend to refer our APR patients to an obstetrician or to family practice for prenatal care,” Winship said, “but we have to be prepared to continue monitoring these patients by providing ultrasounds and giving progesterone until such time as a patient has obtained prenatal care.”

In addition to providing a brochure to current patients considering abortion, True Care is marketing APR on social media, listed as one of the center’s services on its website, which also has page devoted to APR. They have also blogged about offering the protocol.

“We are already making this service known to potential clients,” Winship said.

She hopes to expand further marketing outreach by partnering with the local Knights of Columbus to buy a billboard along the local interstate on the route taken by women traveling to and from Colorado for an abortion.

“The billboard would say something like ‘Have you started a chemical abortion and regret it? It may not be too late,’” she said. “The hope is that women who travel to Colorado for the abortion pill will see the billboard on their way home, contact the Abortion Pill Rescue Network, and be connected to us or to a physician or pregnancy center in their area that offers APR.”

As more people learn about True Care’s new service, the potential for push-back increases. However, Winship, her staff, and the center’s board of directors and medical director intend to stay the course.

“Planned Parenthood, the media, and even some professional medical groups have labeled APR as ‘junk science,’” Winship said, “but it is hard to argue with a 65 percent success rate and more than 900 births as a result of this protocol.”

Tweet This: Abortion supporters denigrate APR, "but it's hard to argue with a 65% success rate & more than 900 births as a result of this protocol.”