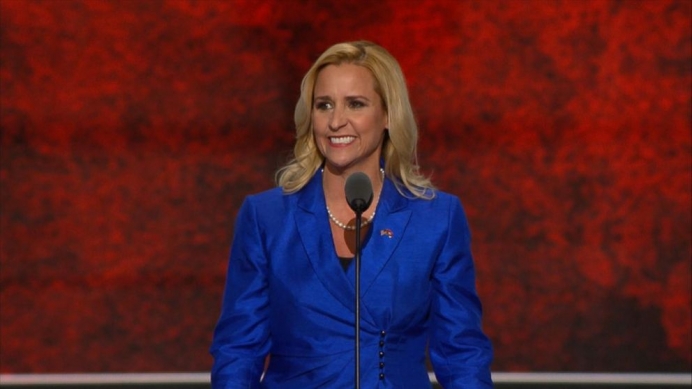 (PRESS RELEASE) -- Arkansas Attorney General Leslie Rutledge joined nine other attorneys general on an amicus brief to the 4th U.S. Circuit Court of Appeals urging the court to support a religious organization’s right to freedom of speech and to offer alternatives to abortion. The brief defends the Greater Baltimore Center for Pregnancy Concerns in its fight challenging a local city ordinance that the center contends violates its constitutional rights.

“Not only does the City of Baltimore Ordinance deter the free and open exchange of ideas between this center’s staff and their visitors, but it significantly restricts the options available to women during a difficult time in their life,” said Attorney General Rutledge. “Women are entitled to fair and honest advertising about the services available at any health care facility, and it is wrong for the government to require a private religious center to deliver a message that conflicts with their religious beliefs.”

In 2009, the City of Baltimore passed an ordinance that requires that the Greater Baltimore Center for Pregnancy Concerns display a sign stating that they “do not provide or make referrals for abortion or birth control services.” But the city does not require abortion clinics to display the services they do not offer, such as adoption or prenatal care. This discriminatory double standard threatens the mission of the center and its goal to create a supportive environment for women.

The attorneys general argue in the brief that the ordinance uses consumer protection as cover to violate the First Amendment. It does so in targeting the non-commercial speech of charitable organizations who wish to communicate sincerely-held religious beliefs about abortion.

Leslie Carol Rutledge is the 56th Attorney General of Arkansas. She is the first woman and first Republican in Arkansas history to be elected to the office. Since taking office, she has begun a Mobile Office program, a Military and Veterans Initiative, a Metal Theft Prevention program and a Cooperative Disability Investigations program. She has led efforts to teach internet safety, combat domestic violence and make the office the top law firm for Arkansans. Rutledge also serves as Vice Chairwoman of the Republican Attorneys General Association and re-established and co-chairs the National Association of Attorneys General Committee on Agriculture.

A native of Batesville, she is a graduate of the University of Arkansas and the University of Arkansas at Little Rock William H. Bowen School of Law. Rutledge clerked for the Arkansas Court of Appeals, was Deputy Counsel for Gov. Mike Huckabee, served as a Deputy Prosecuting Attorney in Lonoke County and subsequently was an Attorney at the Department of Human Services before serving as Counsel at the Republican National Committee. Rutledge and her husband, Boyce, have a home in Pulaski County and a farm in Crittenden County.