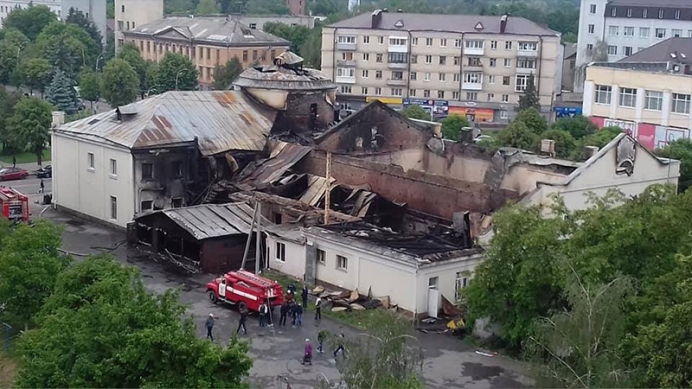 In May, the Pregnancy Care office, located in a youth center in Novograd, Zhytomyr—a state in the northwestern part of Ukraine—was devastated by what has been deemed an “accidental fire.” Photo Courtesy: Mission to Ukraine Facebook

Another Fire Destroys Another Pregnancy Center—This Time in Ukraine

At 7 a.m. on Saturday, May 19, Steve Boles, executive director of Mission to Ukraine, received news of a catastrophe at one of his organization’s Pregnancy Care offices. A volunteer, Larisa, called with the news:

“Something awful has happened,” she said.

The Pregnancy Care office, located in a youth center in Novograd, Zhytomyr—a state in the northwestern part of Ukraine—had been devastated by what has been deemed an “accidental fire.”

According to Boles, the fire ignited in the middle of the night and took seven hours for the firefighters to extinguish.

No staff or volunteers were in the building at the time of the fire, but the organization lost a range of materials and equipment to the flames, including computers, 12-week unborn baby models, promotional materials, food packages, and documents.

The incident marks the second fire at a pregnancy help center in May, as one day later, halfway around the world, Arkansas Pregnancy Resource Center burned to the ground in another accidental fire in the United States.

Similar to that fire, perhaps the biggest loss for the organization was its 400 square-foot location—which it rented for just $23 a month—right next door to an abortion facility.

Now operating out of a church basement, the organization, with the help of the city mayor, is on the hunt for a new location.

Although the mayor does not identify as a Christian, Boles says he is a friend to the organization.

Unlike in the polarized political climate of the United States, in Ukraine, abortion is viewed neutrally.

“In Ukraine, it's not a matter of, ‘My body, it's my right, I'm pro-choice,’” said Boles. “It's a matter of, ‘Well, I get my teeth worked on, why wouldn't I get my uterus worked on?’ It's not a moral issue until they're presented with the fact that this is an actual life.”

That’s where Mission to Ukraine comes in.

Natasha Krasovska, director of the Pregnancy Care Centers, says that education is an important aspect of their ministry.

“Unfortunately, many women don't know about life in the womb, they know very little and we have our enlightening meetings with them, many who are ages, like 40 or something, they say they're very sorry they didn't know this information before and they regret having numerous abortions,” she said.

Founded just over 20 years ago by a couple of Christian Ukrainian women as the country’s first pregnancy help organization, the ministry has grown to a two-part organization of about 50 employees and 300 volunteers protecting the lives of the unborn and serving families with children with disabilities.

Reflecting back on the early years of the ministry, Krasovska says, “It seemed like a lot of work needed to be done, but there were very few of us. And it seemed like it was impossible to have volunteers because in poor countries, many people want to earn money. But God amazed us with just miraculous things and now, as I look back, I see this big growth.” 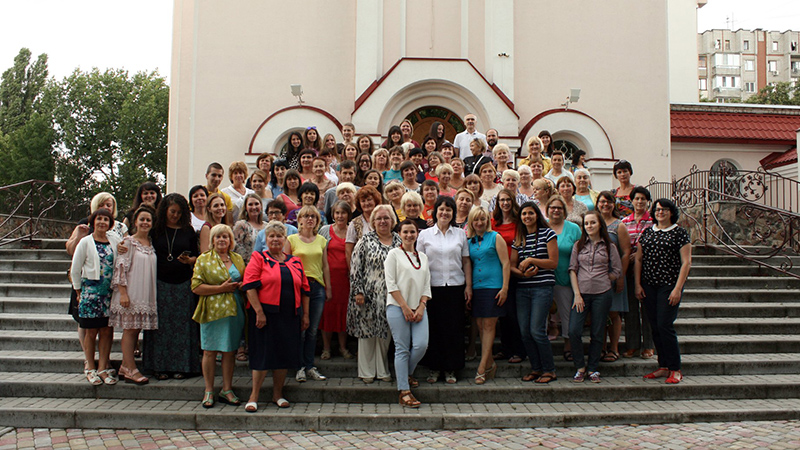 Today, MTU’s mission is twofold: to serve both pregnant women and children with special needs.

Boles, who operates out of Indianapolis with the organization’s board, says that both parts of the mission are inspired by Psalm 139: “For you created my inmost being; you knit me together in my mother’s womb. I praise you because I am fearfully and wonderfully made.”

“We focus on the value of life, whether it's for the unborn and working with those moms, or in working with families that have kids with disabilities,” Boles said.

In the 20 years since their founding, MTU has now helped save the lives of 1,800 babies from abortion at its four Pregnancy Care locations throughout the state of Zhytomyr.

Tweet This: In the last 20 years, Mission to Ukraine has helped save 1,800 babies from abortion. #prolife

When the fire struck the Novograd location in May, the organization had already helped save 12 babies from abortion at that location alone.

The numbers are all the more significant given the stark history of abortion in Ukraine.

According to the World Health Organization, just before the break-up of the Soviet Union, in 1990, Ukraine reported about 1,550 abortions for every 1,000 births.

Today, the situation has improved, though the statistics are still grim.

In 2017, about 200,000 abortions were reported in Ukraine, according to state data. With 363,987 births in the country last year, that means about one in three pregnancies ended in an abortion.

Krasovska says the situation is likely worse than the official statistics show, suspecting that the true number of abortions is in fact higher, especially since the outbreak of war in 2013.

For the most part, Ukrainian abortion laws remain unchanged since the dissolution of the Soviet Union. Though abortion was prohibited in 1937 in the U.S.S.R., in 1955, it was broadly legalized for the first 12 weeks of pregnancy.

In the 1980s, the government extended the limit to 28 weeks for health reasons. By the end of the 1987, the government drastically increased exceptions to the law, including the death of the husband during pregnancy; imprisonment of the pregnant woman or her husband; having more than five children; divorce during pregnancy; pregnancy following rape; and child disability in the family.

Additionally, with the approval of a commission, an abortion could be performed for any other reason.

Now, amidst war and economic strife, reasons for having an abortion have become all too plentiful in Ukraine.

“Ukraine is right now is in a deep economic crisis and our women, they are afraid to leave their children hungry,” Krasovska said. “And so most of them decide it's better to have an abortion now than let the child suffer through life.”

She adds that counseling an abortion-minded woman has become increasingly challenging.

“At the same time, in the Eastern part of Ukraine, we have this (war) on the border with Russia and it shows that we will not have stability for many years to come,” she said. “So poverty and uncertainty about future and lack of knowledge about value of life—the counseling has never been that hard. We see that women today have hardened hearts, and it's not like several years ago. They were open to listen, at least to something; now they're firm in their decision, and they say, ‘Don't even talk to us.’"

In the four years since Russia annexed Crimea and backed a rebellion in Ukraine, the Ukrainian death toll has climbed to 10,000.

Krasovska says the pressure to abort is especially hard on the wives of soldiers lost in the war.

In spite of the challenges, she can still see countless ways in which God continues to bless their centers.

“Something we are especially thankful for to God at this time of deep crisis and hopelessness, darkness in Ukraine, we see God showing His grace and He amazes us because the number of saved babies continues to grow,” she said. “We don't know how it happens. We see difficult counseling sessions and women unwilling to talk to us, even. We see survival level of our population and everything and we're just amazed that our women take the risk and they choose life. And this is, for us, awesome.”

As the center recovers from the fire and seeks out a new location for its Novograd center, Krasovska remains focused on their mission.

“I think we'll come to the point when all women will know about the value of human life and will not even consider abortions,” she says. “This is what we are working towards.”

In pursuit of that goal, Boles has a simple prayer request.

“Pray for the Lord to comfort the team, provide all the resources necessary to continue the ministry in Novograd-Volynsky, and for us to find a new office location to rent as soon as possible,” he wrote in a Facebook post for MTU. “Satan never wins. God always does.”

Heartbeat International—a network of more than 2,500 local pregnancy help centers throughout the world—accepts donations to pregnancy centers affected by catastrophes through its HALO Fund. To make a gift today, click here.