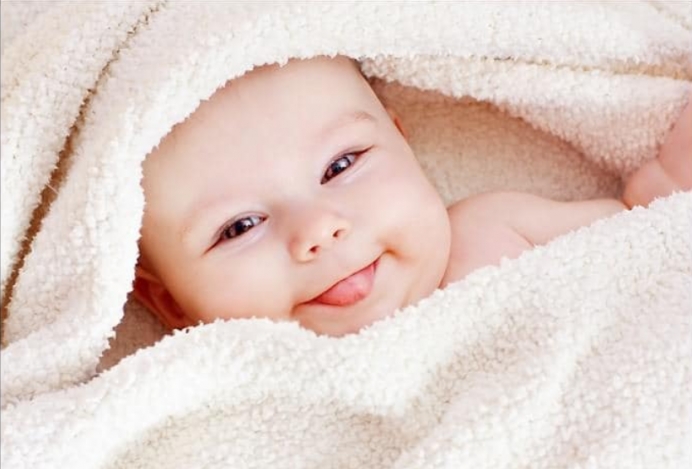 While Pastor Melanie Garuffi lived in New Jersey, she felt God’s call to rural North Carolina. She obeyed that calling, and now, five years later, alongside people the Lord put in her path, she started a pregnancy resource center.

Life Choice Pregnancy Center of Western North Carolina opened its doors in September 2021. With help from people she’s met since her relocation to Bryson City and a Life Launch Grant from Heartbeat International, Pastor Garuffi and her team provide a great need: assisting women in their community and county with material resources, pregnancy testing, and options consulting.

Vision from the Lord

“When I was in New Jersey, one morning God gave me a vision of young people standing in front of mountains all stretched out like rolling hills,” Garuffi said. “They were all holding a scroll about five feet tall, and they were holding it from end to end across the backdrop of the mountains.”

“These young people, late teens to early 30s, were all smiling,” she said. ‘The scroll was totally blank. This is October 2015. I woke up said, ‘Lord what was that?’ He said, ‘The story is yet to be told, that's why the scroll was blank.’”

After moving to western North Carolina the following year, Garuffi began meeting people who positively responded to her vision to establish a pregnancy resource center, who had experience with abortion, or who had knowledge of pregnancy resource centers. They, too, responded positively to her desire to set up such a ministry in this area of North Carolina.

A second move within the region brought her to Bryson City, a community of about 1,700, considered a gateway to Great Smoky Mountain National Park. The town is located approximately 70 miles southwest of Asheville. The area may be small, but it’s known for two sad things: high rate of teen pregnancy and poverty.

“I realized why God sent me to Swain County,” Garuffi said. “They really needed a pregnancy center. This county often has the highest rate of teen pregnancy. There's small population but the ratio is what is impressive. We're also in one of the highest counties for poverty in the state; not the highest, but one of the highest. So, we're an underserved population.”

An underserved population is one of the criteria Heartbeat International considers when reviewing start-up pregnancy centers for a Life Launch Grant.

The new center receives training on The Love Approach to help staff and volunteers meet with clients, executive director and board of directors training, a website through Extend Web Services, financial funding, which must be matched by the organization, and other assistance. Life Choice’s website is still under construction, and the board training took place in October, according to Garuffi. Sara Littlefield, Life Launch Grant Program Specialist with Heartbeat, provided that training.

"It's a true joy to watch the way that servant leaders say, ‘yes’ to their unique call to the life-affirming work of pregnancy help in their own communities,” Littlefield said. “God has a heart for each precious life in every corner of the world, and Bryson City is no exception!"

Tweet This: It's a true joy to watch the way that servant leaders say, ‘yes’ to the life-affirming work of pregnancy help in their own communities

This center is one of 11 selected in 2021 to receive a Life Launch grant, Littlefield added.

Garuffi and her volunteers are going through The Love Approach book and training, the pastor said. Approximately 20 people volunteer at the center, including seven who serve as board members.

The organization plans to offer Earn While You Learn classes, and their recently opened boutique, which has served a few women in the community, was given a name from Scripture.

“Our resource room is called The Sparrow's Nest, and that comes from Psalm 84:3 where it speaks about the birds making a nest at the altar of the Lord,” said Garuffi. “Since we’re Christian, we just thought that was appropriate name. We have pictures of sparrows in there and bright colors. The gals we bring into our room love it; it's cheerful. We've been working on creating a loving, accepting atmosphere in our center and in the community.”

The group is also working to meet the financial goal of $15,000 that’s needed for the Life Launch grant, Garuffi added. They are doing so in a variety of ways, including selling items like jewelry, and developing fundraising events. One planned for 2022 will bring southern gospel groups to the community, including The Primitive Quartet. That connection came about from someone Garuffi knows and who volunteers for the center, who knows the group through her family.

“They're very pro-life,” Garuffi said of vocal group. “We're also going to get maybe three other groups. This is in the very beginning of the planning stages – we don't even have a date yet. That will be one of the fundraisers. It might not work in downtown Los Angeles, but in this area of the country it does. We're going to draw a lot of people so I'm very excited! Again, that was another God thing.”

Helping western North Carolina women in need of resources and pregnancy options education while also shepherding a church keeps Garuffi busy. She and her volunteers continue to find ways to bring awareness to their organization, including a billboard, a Facebook page, and participating in community events, such as the Bryson City Christmas Parade in early December and Christmas caroling downtown on December 23. Garuffi also bought an ad in the high school yearbook after three students knocked on the pregnancy center’s door.

“I gave them a tour,” Garuffi said. “We wanted to reach the high school because that is really one of our main focuses, and here they came to us! These three girls came to the door, and they took a tour, and we had such a good time! Later, when I called their advisor about the ad, their advisor already knew all about our pregnancy center because the girls had come back and they were excited. I don't know why or how – I just believe it was God that put such excitement in their hearts. So, we're getting that word-of-mouth into the community and their lives.”

Moving into a new year, awareness remains a primary focus for Garuffi and her team, especially awareness for abortion-minded women and for women who experienced abortion. The new center plans to offer an abortion healing program soon, and she would also like to for the center become a medical clinic in the future.

Garuffi said she has had a “burden” for women and the unborn since she first learned what abortion was as a teenager. Upon obeying God’s call to western North Carolina and seeing His faithfulness throughout the start of this new pregnancy center, joy fills her heart.

“The most important thing to me is that God has put such a wonderful group together that I had never known before and brought them together to open this center, being faithful servants for his mission of life and to help the abortion-minded woman choose life,” Garuffi said.