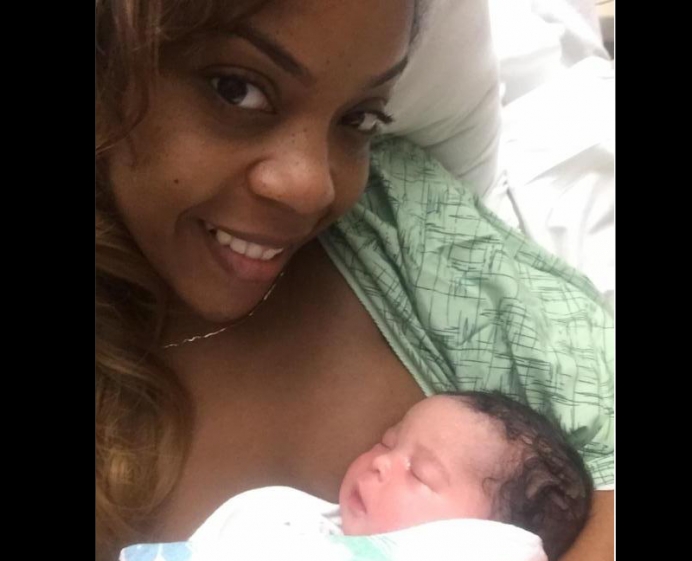 6 Moms a Day Reject Abortion at Local Outreach... Here's One of Them

Alicia was a new college graduate with a great job and a bright future in Houston, Texas. Then, she received the shock of her lifetime.

In Houston’s impoverished Fifth Ward, where more than 60 percent of residents over 16 years of age struggle with unemployment and just under 60 percent have not graduated high school, Alicia was already living out a dream.

But four days into her new position with a public relations firm, Alicia fainted on the job and rushed to the hospital where she heard the news: she was pregnant.

“My thoughts and emotions went in overdrive and I was searching for direction from anyone who would give it,” Alicia wrote in a recent newsletter. “I could not concentrate on anything other than, ‘I just started my dream job, and now I'm pregnant! This is not what I had planned for my life!’”

With her life seemingly turned upside down in a moment, and living in one of the most prolific abortion capitols outside of the West Coast or New York, Alicia fit squarely into the abortion industry’s target demographic as a young African American woman.

Home of the flagship mega-center for Planned Parenthood’s Gulf Coast affiliate that was caught on video discussing to the specific abortion procedure needed to take an “intact fetal cadaver” for resale, Houston’s Planned Parenthood is ground zero for the 48 daily abortions in Harris County.

As the Center for Medical Progress progressively released well over 20 hours of videos documenting Planned Parenthood’s complicity in the illegal trafficking of body parts from aborted babies, Alicia’s surprise pregnancy had her searching for answers.

Searching online for “pregnancy help,” what Alicia found was the exact opposite of a business model built on the abortion-vulnerable. What she found was Houston Pregnancy Help Centers, which serves women in two locations—Downtown and in the Fifth Ward—plus a newly launched mobile ultrasound unit.

“I called and that phone conversation with Jaci [a peer consultant] is what saved me,” Alicia wrote in a recent newsletter. “Her voice would not leave my ear. I cherish that consultation. The first thing she did when I met her was to give me a long hug and tell me, ‘I felt that was what you needed.’ Jaci treated me with so much compassion, I knew God had answered my prayer.”

Having just welcomed her new baby girl into the world, Alicia is one of six mothers who make a choice for life every day through Houston Pregnancy Help Centers, whose hopeful tagline captures its vision: “Anticipating Miracles Daily.”

Between the two locations and mobile ultrasound unit, the organization reached almost 773 clients who, like Alicia, were in the cross-hairs of the abortion industry—in just the first three months of 2016.

Fully 98 percent of those clients have chosen to carry their babies to term, many of whom the center reached through its new mobile ultrasound unit that hit the road this January.

“We’ve made our presence known in the dark corners of our city,” Sylvia Johnson, the executive director who founded Pregnancy Help Centers in 2004 and has since guided its expansion to the Downtown location and its mobile unit. “In the past months, God has provided many opportunities to minister to women and men in crisis pregnancies who find themselves just steps away from death's doorstep,”

As she launches into a new phase of motherhood, Alicia enters the season uniquely equipped by the pregnancy center, having gone through childbirth and nutrition classes and benefiting from the center’s robust offering of material aid for new moms.

One of 39 life-affirming locations serving in the Houston area, Houston Pregnancy Help Centers has started 2016 with 2,305 total client visits, including 556 free ultrasounds. Fitting the promise of “Anticipating Miracles Daily,” 70 women and men have also professed a newfound faith in Christ through the center’s work since the start of the calendar year.

Even impressive numbers fail to capture the real impact life-saving organizations like Houston Pregnancy Help Centers make in the lives of the women and families they serve.

“The entire visit confirmed that I was supposed to be there,” Alicia said. “I will always be grateful for you and Houston Pregnancy Help Center. Every time I look at my baby girl, I'll be thanking you for being a big part of our lives!”