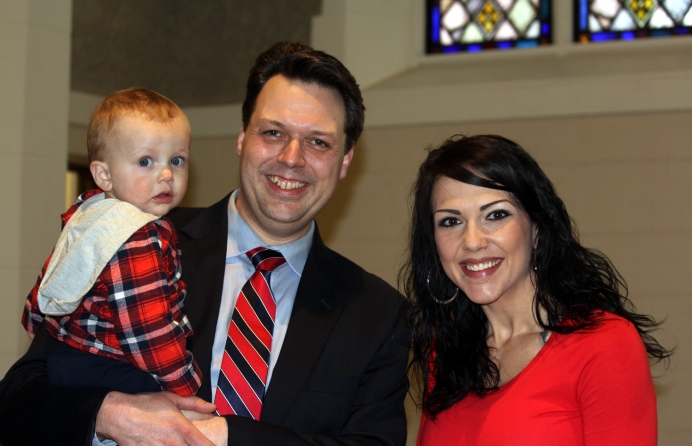 CEO and President Terry Winship has guided the pro-life center for nearly 19 years, witnessing evolution of the organization, including three location and name changes and the addition of free ultrasound services to become a medical clinic in 2005.

“The biggest change was going medical, (but) just because we went medical didn’t necessarily translate to more abortion-minded women seen,” Winship said. “Here we had worked so hard to become a medical clinic, and yet we were still not seeing our target patient. It was very frustrating to me.”

Another big change that helped propel True Care forward in terms of reaching more women considering abortion was the addition of a method of service called the Linear Service Model and Optimization Tool in 2007.

“After the Board’s approval, I knew I had my next set of marching orders,” Winship said. “Being medical really increases your credibility in the community. And those who don’t like us know we’re here—we’re definitely more of a force to be reckoned with.”

The center now sees between 300 and 400 women each year, with its most recent assessment indicating a patient population of 46 percent abortion-minded women.

Acacia Boyes, who found herself at True Care nearly two years ago, spoke at an April 2 event sponsored by a local church. After seriously considering abortion, an ultrasound at True Care was a major factor in making the single mother reject abortion and decide instead to parent.

She delivered her son more than a year ago and now advocates for True Care. She and Winship attended Babies Go to Congress in January, where she was given the opportunity to tell her story to congressional offices in Washington, D.C., and Acacia again shared her story at “Hymn Sing for Life,” a first-time fundraising event for the True Care held at Casper’s First Presbyterian Church.

Part of the Evangelical Presbyterian Church, which has 600 churches throughout the U.S., the church is a new ministry partner for True Care. Pastor Mark Tippin arrived in Casper less than two years ago, and with past experience partnering with pregnancy centers from his previous ministry post, he brought a vision for involving his congregation with True Care’s life-saving mission.

“Hymn Sing for Life provided an opportunity for Christians who say they’re pro-life to be pro-life, and we need more of those opportunities,” Tippin said. “The event provided a way we could be a more significant partner. Because we’re a small congregation, this gave us opportunity to build, improve, and increase our impact.”

The financial goal was $5,000, Winship said. The final tally went far beyond their expectations, or as Winship said, their “wildest imaginations,” hitting a mark just shy of $11,000.

Putting on a new event like the Hymn Sing is just one of the goals for True Care’s 30th year. Winship hopes to continue a recent growth trend that has seen True Care add new staff, a new 3-D ultrasound machine courtesy of the Knights of Columbus, and a fourth ultrasound nurse.

Plans are underway to offer abortion pill reversal at the Center later this year, while partnerships with local churches like First Presbyterian are birthing new ideas to approaching fatherhood and abortion recovery programs.

With a front-row seat to a center that has grown significantly over the past decade, Winship has also seen a boon in staff and volunteers. When she started at the center, she was one of two part-time employees. Now, the center has 13 staff members—two of whom are full-time—along with 25 volunteers.

“The organization is so much more stable than it ever was,” Winship said. “That allows for team-building and for trust, and more of a willingness to be open and vulnerable with each other. A pregnancy center is a tough place to be, and with turnover, that makes it hard for an organization to grow, thrive and prosper.”

For Tippin, coming alongside True Care is an essential role for the church to in living out the story of Christianity.

“True Care is important because it gives opportunity for congregations to not simply be against abortion, but to be for life, and I think that’s a really important distinction,” Tippin said. “As Christians, we are called to help all people flourish, and in the case of an unplanned pregnancy, there’s one person who has absolutely no voice that we can hear, and the church stands in the gap for that.”