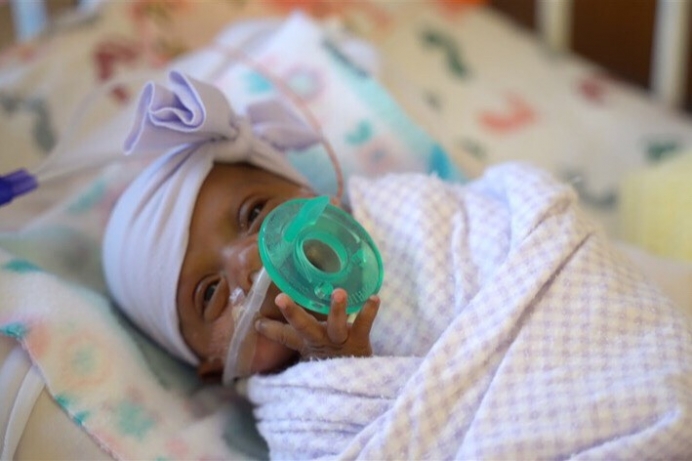 Nicknamed "Saybie" by her doctors, this little girl is believed to be the smallest surviving premature baby in the world.

Born at 23 weeks and three days, Saybie is now the world’s smallest surviving premature baby. This little girl, nicknamed "Saybie" by her doctors, weighed in at 8.6 ounces when she was born.

Her survival is great news and truly a remarkable testament to medical advancement, prayers, and this little girl’s fighter’s heart. I am a sucker for a heartwarming story in my social media feed and I love seeing life celebrated and fought for. This story hit me in all the right places.

In the midst of these feel good stories, however, I can’t help but to juxtapose them with the current abortion and life debate of the day. It seems like 2019 has been the year of life. We have witnessed a national dialogue on an issue that has plagued our country since 1973 when abortion became the law of the land. This national dialogue, it seems, for the first time in a long time, is having staying power. Political leaders are drawing lines in the sand as they make bold declarations and pass bold legislation.

New York did this by lighting up Ground Zero to celebrate the passing of the Reproductive Health Act that allows for abortion throughout an entire pregnancy. Illinois, just this week, debated a bill that would make abortion a “fundamental right” while stating that a fertilized egg, embryo, or fetus does not have independent rights in the state. During the past couple of months we have also witnessed Alabama, Missouri, and Louisiana pass laws to enshrine and codify protections for life in the womb with, in some cases, outright bans on abortions.

This comes as no surprise to anyone involved in pro-life or pro-choice advocacy. Both sides have spent decades fighting for political and cultural support on these issues. Lobbying organizations and political candidates have written a myriad of fundraising letters and profited greatly as they seek to make their case to the public.

That’s why this news out of San Diego concerning Saybie is so interesting. News outlets are running the story, celebrating this ‘miracle’, and championing the heart of this tiny little human in one segment or column while they champion abortion laws out of New York and Illinois and denounce heartbeat laws out of Alabama and Missouri in a neighboring piece.

The current “woke” culture we find ourselves in, in my estimation, has reached an impasse. We have spent years humanizing and protecting everything from trees, to wildlife, and beyond, all the while dehumanizing our very own as he or she grows inside of a womb. This is the goal, after all. The abortion lobby understands that ultrasound technology and progress in science and research is making the humanization of children in the womb much easier as parents are able to see their child in vivid images on a large screen.

Denying or dehumanizing life in the womb is denying our very own existence on this planet. We, after all, found our genesis in a womb. That is a story shared by all of us regardless of what side of the fence we find ourselves on. We bring harm to society when we neglect this fundamental truth.

This debate and conversation is far from over, but I do believe we are ever so close to seeing a culture where abortion is unthinkable. Saybie’s life is an amazing illustration of what we can do as a society if we choose to fight for our most vulnerable neighbors.

Saybie, at 23 weeks and three days, was not a clump of tissue or a parasite seeking to attack her mom. No. She was and is a unique individual who has never been created before and will never be created again. Saybie was no more or less human at 23 weeks and two days than she is today snuggled up with her parents on the couch. Her humanity began at conception and we are blessed to live in a society where she has a chance at life. May that truth be so for all humanity.

Tweet This: "Her humanity began at conception and we are blessed to live in a society where she has a chance at life." @AndrewHWood