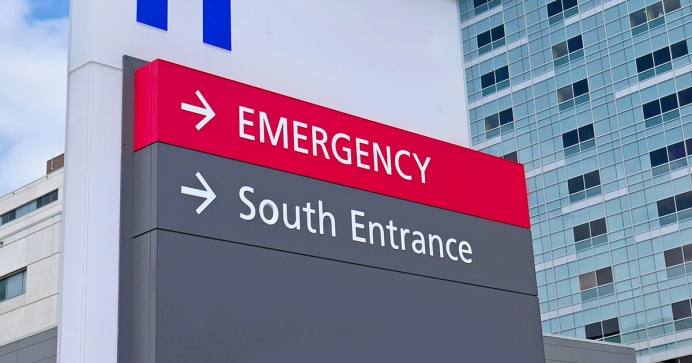 (Right to Life UK) Women who take ‘DIY’ home abortion drugs are putting themselves at risk, the Northern Ireland Department of Health has declared.

The warning came in response to an online workshop instructing women on “self-managed abortion” by pro-abortion group Alliance for Choice.

When asked about the workshop, the Department of Health told News Letter: “Women are at risk if they access unregulated abortion services.”

Tweet This: “Women are at risk if they access unregulated abortion services” - Northern Ireland's Department of Health

“The Department’s view is that services should be properly delivered through direct medical supervision within the health and social care system.”

Alliance for Choice and abortion providers, including BPAS and Marie Stopes International, are putting Northern Ireland political figures under pressure to allow ‘DIY’ home abortions across the province.

The push for a change in law comes after the governments in England, Scotland and Wales amended legislation to allow at-home medical abortions to take place across Great Britain in response to the coronavirus pandemic earlier this year.

Despite assurances there would be “no change” to abortion regulations, and that in-person consultations remain “an essential safeguard” for women, the Department for Health and Social Care announced on 30 March that it would allow pregnant women in England to take both sets of pills involved in a medical abortion at home.

Just one day later, the devolved governments in Holyrood and the Welsh Assembly introduced ‘telemedicine’ abortions in Scotland and Wales.

The governments in England, Scotland and Wales made the very substantial legislative changes without any public consultation, parliamentary scrutiny or debate.

Tragically, the change in legislation has been linked to the potential murder of a baby unexpectedly born alive, among other serious safety concerns.

Medical abortions involve taking two tablets. The first, mifepristone, is designed to prevent the development of the unborn baby, while the second set of pills, misoprostol, induces a miscarriage.

Prior to the change in legislation, pregnant women could only take mifepristone in hospitals or abortion clinics approved by the Secretary of State and under the supervision of a doctor.

However, under the new policy, a single doctor can prescribe abortion pills following an online or phone consultation with a doctor, leaving women to pass their unborn child at home without direct medical supervision.

When the UK and Scottish Government’s introduced ‘DIY’ home abortions, they led the general public to believe the measure would be temporary, with both stating the change in legislation would last up to two years or until the COVID-19 pandemic is over, whichever comes first.

However, the ‘temporary’ legislative changes could now become permanent.

Northern Ireland Health Minister, Robin Swann, told Irish News they have “publicly stated” that its legal advice says while the department is “not required to commission the relevant services”, the law now allows registered medical professionals to carry out abortions.

He added: “The regulations require such terminations to be carried out on Health and Social Care premises. This advice was communicated to Trusts in April.

“Decisions remain to be taken on the commissioning of abortion services in NI’s health service. Commissioning is a significant process that will require a public consultation. It will clearly be [a] matter for the Executive and Assembly as well as the Department.”

A spokesperson for Right To Life UK, Catherine Robinson said: “Ever since the UK Government permitted ‘DIY’ home abortions, stories of illegal late-term abortions and safety abuses have come to light.

Tweet This: “Ever since the UK Government permitted ‘DIY’ home abortions, stories of illegal late-term abortions and safety abuses have come to light"

“These thirteen ongoing investigations are likely only the tip of the iceberg, given the date of the leaked email.

“Abortion providers, such as BPAS and Marie Stopes International, who want to keep ‘DIY’ home abortions on a permanent basis, are unlikely to want to reveal how many complications or serious incidents have arisen as a result of their ‘services’.

“There are also likely many more incidents that abortion providers don’t know about as the majority of women are likely to not come back and tell an abortion provider that they have broken the law using their service or weren’t even aware how far along they were, given they have not had an ultrasound.

“These ‘DIY’ home abortion schemes, which are inherently dangerous and show no concern for babies or vulnerable pregnant women, should be suspended immediately and not introduced on a permanent basis.”

Editor's note: This article was published by Right to Life UK and is reprinted with permission. Heartbeat International manages the Abortion Pill rescue Network and Pregnancy Help News.
Tagged under
Tweet