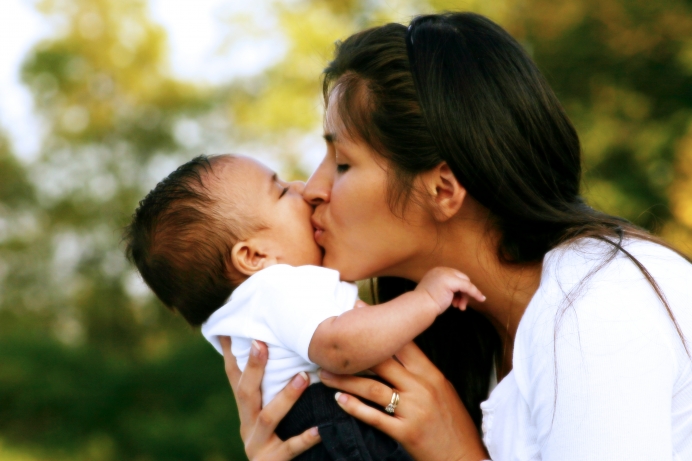 With Abortion Making a Comeback in Missouri, Life-Saving Groups Hope to “Overcome Evil with Good”

In late 2006, Cindi Boston was serving as CEO of Pregnancy Care Center in Springfield, Mo., when she took a call from a man who had owned a building which had housed an abortion business. The abortion clinic and he wanted to give it to Boston's pro-life organization.

The clinic, innocuously named “Springfield Healthcare,” had been shut down because of a 2005 state law that required abortion facilities to gain hospital admitting privileges within 30 miles and meet minimal ambulatory surgical center requirements.

The first thing Boston noticed was a sign next to the front door of the clinic whose owner had profited off women in her area for over 28 years. It read, “No Children Allowed.”

Inside the clinic, Boston was horrified at what she saw. Orange extension cords ran overhead, powering the abortion suction machines in the patient rooms—a reminder that the traveling abortionist who’d practiced there had never gone through the trouble of meeting simple construction codes.

Talking with a fire marshal as she and her center decided what to do with the clinic, Boston remembers him telling her it was a wonder the whole place hadn’t gone down in smoke.

“Especially for anything calling itself a medical practice, this place was carelessly and recklessly run,” Boston, who left Springfield to become Vice President of Heartbeat International—a network of 2,200 pregnancy help locations worldwide—in 2016, said. “They were taking women’s money and giving them shoddy care. It was just a filthy, shoddy, terribly run facility that made a lot of money for some people but left wounded women all over our community.

“They were not staying within the laws of a surgical center, and that’s why we had pushed to get that legislation passed.”

Today, with Boston in a new position, it will be up to her successor, Lisa McIntire, to continue saving lives as Planned Parenthood looks to bring abortion back to Springfield as early as this fall.

In fact, Springfield is just one of three locations the abortion giant is hoping to get back up and running in the wake of a judicial ruling striking down key components of the 2005 legislation—including, most importantly, the hospital admitting privilege requirement.

The ruling, which Missouri’s attorney general is challenging at the 8th Circuit Court of Appeals, is based on the Supreme Court’s 2016 ruling in Whole Woman’s Health v. Hellerstedt, striking down similar regulations in Texas.

Although a new round of state laws protecting women and unborn children come into effect Oct. 24, Planned Parenthood is seizing its window of opportunity. The abortion giant has already applied for and received its license to kill unborn children through chemical abortions in its Kansas City location, which could start as soon as Sept. 18.

Springfield, Joplin and Columbia—home of the University of Missouri—are next up on Planned Parenthood’s agenda. Regional leadership indicating they hope to resume surgical and chemical abortions as quickly as possible, but a judicial stay from the 8th Circuit Court of Appeals, issued Sept. 15, will likely delay Planned Parenthood’s plans at least until later in the year.

Along with Planned Parenthood and NARAL Pro-Choice America, the Satanic Temple in Missouri is celebrating the return of abortion throughout the state after filing a 2015 lawsuit against the state, claiming their religious freedom was being trampled because they weren’t able to access abortion as freely as they wanted.

In Springfield, where Pregnancy Care Center has served over 23,700 women since opening its doors in 2000, McIntire said pro-lifers are ready to meet the challenge a renewed abortion industry brings.

“The best strategy is to keep doing what we do—offering hope and help to those facing unplanned pregnancy with compassion and excellence,” McIntire said. “The Bible says to ‘overcome evil with good’ and that is exactly what we plan to do, regardless of changes to the laws or even if abortion someday becomes illegal. Until it’s unthinkable—and maybe even beyond that—people facing unplanned pregnancy need exactly what God has to offer them through us.”

One of more than 75 pregnancy centers, ultrasound-equipped medical clinics and maternity homes, Pregnancy Care Center is part of a larger effort that serves well over 30,000 women each year in the state.

In Joplin, Life Choices Health Network—a multi-location pro-life medical services agency, has been competing with Planned Parenthood by offering free STD/STI testing. The work they’ve been doing all along, says executive director Karolyn Schrage, will play an important role in a landscape that could change very soon.

“Regardless of any changing climate, we will provide that safe-space where young couples can safely unpack their decisions and receive the medically accurate information and healthcare services they need,” Schrage said. “Our Choices Medical Services Clinics in Southwest Missouri will continue offering the quality sexual healthcare services vital to Missouri women.”

The track record of pro-life entities throughout the state has led to public funding that entrusts as much as $6.46 million in Temporary Assistance for Needy Families (TANF) dollar to pregnancy centers, covering material aid like diapers, wipes, formula and cribs.

“We know that the many pregnancy care centers already established in Missouri will continue to provide counseling and resources to promote life for pregnant moms and babies,” Campaign Life Missouri’s Samuel Lee said. “Meanwhile, we pray for the protection of women considering abortion, as well as for their unborn children whose lives are at risk.”