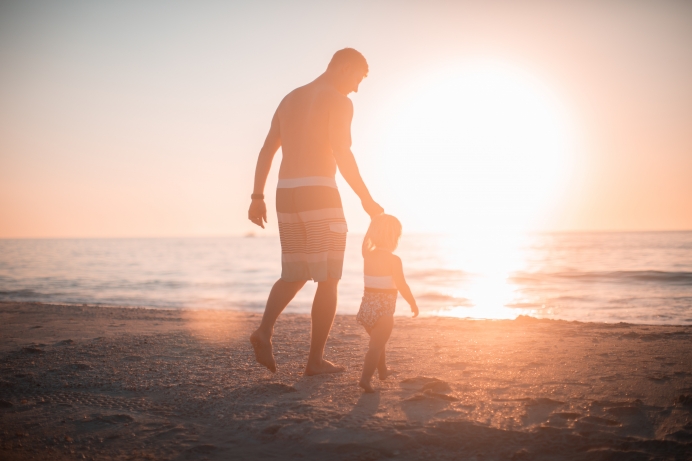 Why We Should Trust Men on the Life Issue, Too

By my last count, some 829 Democrats are now declared presidential candidates, vying to face President Trump in 2020. Abortion—as always—is a hot-button issue.

Because every Democrat candidate is on one side of this divide, I hear a similar refrain, something like, “I trust women on this issue.” Because there is no media push-back on this phrase, to the casual observer, wording like this sounds quite positive and hopeful. After all, shouldn’t we trust each other?

But if anyone scratches below the surface of, “I trust women,” this line of thinking falls apart. For instance, while I trust women (I’m married to a woman whom I trust with everything), are we saying that no woman carrying a child can make a wrong decision in this life-or-death moment? None? Ever?

By saying, “I trust women with this decision,” we’re saying women during pregnancy are infallible purveyors of truth and justice, able to decide whether a child should receive the right to life.

Whoa. Quite a burden to bear.

But when we say we “trust women,” we make another statement, too: Men—presumably because they cannot bear children—are never to be trusted with even a sliver of this decision.

Society and media worked diligently to get us to this point. For decades now, sitcoms, movies, commercials, books and news stories created a narrative, telling us, “Men are not as smart as women,” “Men make rash decisions,” “Men are angry,” “Men want to control women.” And the list goes on.

We must of course, be honest. Some men are not as smart as some women. Some men make rash decisions. Others in the man-group are angry. And yes, some men want to control women.

Yet we’ve gone so far in our effort to “equalize,” we’ve forgotten that we—the two biological sexes—are...equal. The truth is, when it comes to smarts, both men and women have the capacity to be smart, or not so smart. It’s equal. Rash decisions? Both sexes make their fair share. Anger? Neither sex is free of this. Control? As humans, any of us can succumb to the desire to control another.

Today, however, men are the proverbial punchline. Sometimes, we deserve it, certainly. But partially, because of this thinking, men are marginalized when it comes to life decisions.

The truth is, our society would be so much better if we celebrated every human life, without creating a false idea that anyone—whether a woman or a man—gets to be God and decide which child is worthy of life.

Reality, however, is that when it comes to life decisions, the law dictates that men count for nothing.

But while this is current law, we in the pregnancy help community are not legislators or judges. In our work, our challenge is to keep this “males are less” thinking from seeping into our mission and initiatives.

The good news? We’re improving, reaching out to dads more effectively. Yet, we still must be careful in our perceptions of men.

Let me be real. As a dad with five children (three grown), I can see a guy sitting in the lobby of a pregnancy help organization, and, knowing nothing about him, I might think, “He’d better step up his game. He needs to...” Then, I mentally write a story, listing the next steps he must take to meet my standard. It’s a snap judgment. I could be correct, of course. But I might be wrong.

I know nothing of this young man’s background. He may have never known a father. His girlfriend may have said, “I’m going to do what I want—and you need to drive me there.” I don’t know.

And that’s the point. I don’t know. None of us knows until we listen. Until we spend the time to engage with him and hear what he is thinking.

It’s true that some men will not talk. Some will be angry, others disengaged, and distant. But we will only know when we try.

Jennifer and I aren’t rich, but if we were, we would probably give $100,000 to every pregnancy help location—each year—to make sure it was fully-staffed with men to engage the men who walk in the door, encouraging them in their next steps toward fatherhood.

That $100K, if it only helped create a few two-parent families every year, would save communities many times that much in child welfare benefits and other social programs. More important, more children would grow up with fathers around, giving these little ones a greater opportunity for high school and college graduation, better jobs, and more stable families in the next generation.

And with that, the odds these little ones will wind up in poverty, living a life of crime or facing their own out-of-wedlock pregnancy go down.

We in the pregnancy help community—the counterculture bunch—need to trust men more. They are never to be talked about as “baby daddies” or “deadbeat dads.” Instead of assuming the worst, let’s expect the best.

Some may not live up to expectations. But until we begin with great expectations, these men will never have the incredible opportunity to rise to the occasion.

Men? Let’s trust ‘em. Because when we choose to lift a man up, we are more likely to realize, “You can’t keep a good man down.”

Tweet This: "When we choose to lift a man up, we are more likely to realize, 'You can’t keep a good man down.'" @KirkWalden