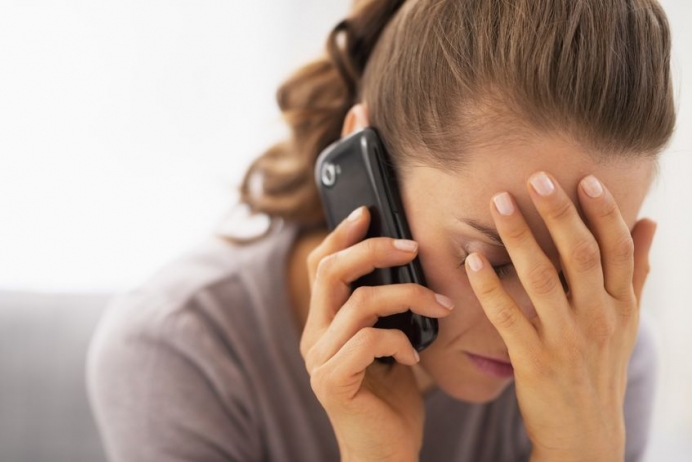 We were almost to our goal. “Lisa” had been meeting with me for over two months for post-abortion recovery. Having realized that her past substance abuse was directly related to her abortions, she was engaged in the process, doing the hard emotional work necessary for her healing.

We’d worked all the way through Her Choice to Heal,by Sydna Masse. Our final act of closure would be a memorial to honor Lisa’s babies lost to abortion. This would be a critical step for her.

Lisa stalled. She kept putting off the date. Weeks went by, and finally I lost touch with her. A year later, I found out she’d slipped into another bout of using.

Pro-life ministry can be heartbreakingly difficult. We invest ourselves emotionally, not knowing what the outcome may be.

I’ve pondered several reasons why doing this work can be more challenging than other forms of ministry or community service—and how that actually works in our favor in terms of eternity.

To start with, we are doing God’s work, so we’re not going to receive the same accolades as, say, the Boys and Girls Club, or a cancer research group, or other civic organizations which folks happily support. In the eyes of the community, we may battle the stigma and suspicions sometimes attached to religious organizations and their work.

But it’s not just secular folks who might have a hard time getting behind what we do. Christians, too, may find that getting involved in pro-life work can be more challenging than getting behind other types of parachurch ministry.

Who wouldn’t pat you on the back for supporting good works like these?

When I was looking for a justice/mercy ministry ten years ago, my druthers would have been one of the above. I wanted to be part of an acceptable, “cutting-edge” ministry, something everyone is willing to get on board with.

In other words, I wanted the rewarding part of ministry, but not conflict or hardship.

To be clear, any and every ministry involves difficulty—but I find it ironic that God called me to a ministry which gets mixed reviews at best.

There’s conflict over the issue itself, due to deeply embedded cultural messages like “don’t judge” and “it’s a woman’s right.” There’s emotional confusion for those who have been through abortion and haven’t yet come to healing from the effects of their sin.

The issue of abortion is surrounded by shame and secrecy. So when we try to find a client story for a banquet, or we try to find someone willing to speak out against abortion out of their own past experience, such testimonies are few and far between. It takes a tremendous amount of courage to speak up and admit, I was thinking about aborting my baby, or I found mercy in Christ after my abortion.

On top of that, in order to reach those who most need our services, we can’t simply blast a message to the whole community about saving babies or ending abortion, as much as many of our donors would love that.

“Why don’t you make it more clear that you’re pro-life?” your supporters may wonder. “Your name makes it sound like you do abortions there!” (We just heard that one again last week.)

You see my point: this ministry is unlike others. We walk a fine line in trying to serve those who need us while satisfying those who support us.

I bring all this up to encourage you. If you’re anything like me, you’ve said to yourself, This shouldn’t be this hard!

And yet it is.

Tweet This: Why #prolife work is so hard. And why that's a good thing. @SusanneMaynes

It’s hard because you’re a warrior in an unseen—but quite deadly—battle.

Although you may be tempted to minimize the importance of what you do, God doesn’t. He’s pleased with your efforts, regardless of measurable outcomes. He’s honored by your obedience despite your self-doubt.

As I say it in Your Courageous Compassion,

“Remember, Jesus says, “Take heart: I have overcome the world” (John 16:33). The best way to take heart is to work for God, not for outcomes. There’s something about putting one foot in front of the other and leaving the results in God’s hands that he appreciates. He likes faith.

Faith continues to say yes and to walk out the commitment when results say that nothing is happening. Faith counts God as trustworthy—willing and able to bring about the outcomes he wants long before we see them.”

God is still at work in Lisa’s life. We may yet hold that memorial service. In the meantime, I’ll keep putting one foot in front of the other to walk out this challenging, rewarding, God-pleasing ministry.