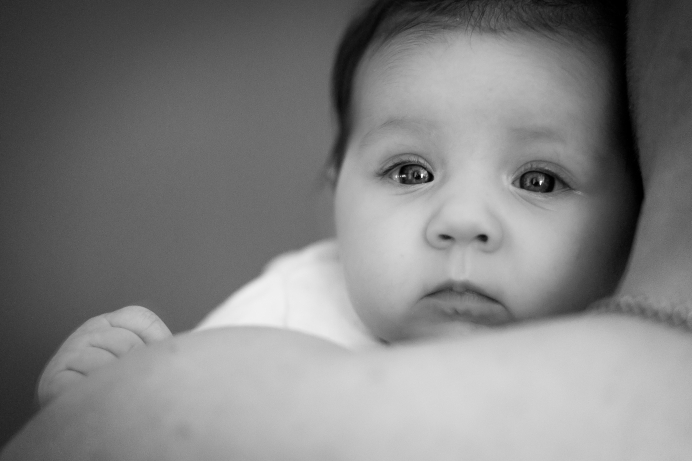 It’s been my habit for some time to read through the Bible each year. Usually, I begin with Genesis in January and finish up with Revelation in December.

Last year, I decided to slow down and pay closer attention to the passages I was reading. I skipped about half of the Old Testament so I could finish reading the New, then returned to the writings of the prophets as the calendar turned.

As a result, this January, I find myself not in Genesis, but in Jeremiah—and I don’t believe this is a coincidence.

What I approached as a simple change of routine has refreshed my vision and passion regarding the sanctity of human life.

God Himself is the Creator of all life, specifically the lives of His image-bearers.

He is the One who called, appointed and sent prophets to warn His wayward people every time they ignored His commands and drifted away from obeying Him.

This means every prophet ever sent by God was, in some sense, a spokesperson for the sanctity of human life.

However, Jeremiah is arguably the most pro-life prophet of all—and his words bear chilling relevance for today.

On a positive note, the book begins with the prophet’s call in Jeremiah 1:5.

“Before I formed you in the womb I knew you, before you were born I set you apart; I appointed you as a prophet to the nations.”

The word for “knew” in Hebrew (sometimes translated “chose”) is yada, which means to know and be fully known. The term is also used of marital relations and connotes intimacy.

What God is saying here is profoundly personal, tender and purposeful.

He knew why He created Jeremiah. He had planned out Jeremiah’s destiny, not only before he was born, but before he was even conceived.

This is our omniscient, sovereign God at work. This is the love of the Father in action.

God creates because He loves, and He knows and loves everyone He creates.

It doesn’t take long to see that Jeremiah’s life is not going to be easy. He’s called to confront a stubborn, rebellious people who have cashed in their trust in a covenant-keeping God in favor of pursuing the worthless idols of surrounding nations.

God calls them foolish children, skilled in doing evil, but not knowing how to do what is good (Jer. 4:23).

“Their evil deeds have no limit; they do not seek justice. They do not promote the case of the fatherless; they do not defend the just cause of the poor (Jer. 5:28).”

God’s heart is always toward the oppressed, vulnerable and marginalized.

Chapters later, God warns King Zedekiah through Jeremiah by making reference to his father, who had served God:

“He defended the cause of the poor and needy, and so all went well. Is that not what it means to know me?” declares the Lord. – 22:16

Note the clear parallel between upholding the cause of the defenseless and knowing God.

We demonstrate the latter by doing the former—and when we fail to care for the weak and needy, we demonstrate a profound disrespect for God Himself.

Lest we somehow think this doesn’t apply to how we treat children, born or unborn, God makes this statement about child sacrifice in Jeremiah 7:31:

They have built the high places of Topheth in the Valley of Ben Hinnom to burn their sons and daughters in the fire—something I did not command, nor did it enter my mind. – 7:31

They have built the high places of Baal to burn their children in the fire as offerings to Baal—something I did not command or mention, nor did it enter my mind.

(Another version says, “I never entertained the thought.”)

God, who is omniscient, literally never allowed it to occur to Himself that His people—His beloved image-bearers, the crown of His creation—would sink to such a low state that we would destroy our own offspring.

How can it be that our celebrities and politicians arrogantly promote the destruction of innocent children? That our culture would not only accept abortion, but now, infanticide?

The following verses offer some insight—and they apply today just as well as in ancient times:

“Truth has perished—it has disappeared from their mouths.” – Jer. 7:28b

“They have taught their tongues to speak lies; they wear themselves out doing wrong.”  – Jer. 9:5

As a culture, we have trained ourselves to applaud something God says is abhorrent.

Tweet This: ”As a culture, we have trained ourselves to applaud something God says is abhorrent”

We are well-practiced at euphemisms.

First it was a “blob of tissue,” then a “responsible parenting decision,” then “a life worth sacrificing.”

All pretty words to cover up the ugly truth.

Tweet This: We are well-practiced at euphemisms. First it was a “blob of tissue,” then a “responsible parenting decision,” .. “a life worth sacrificing”

Maybe you can relate to Jeremiah. Maybe at times your head is a fountain of tears, like his.  Maybe you’ve tried to walk away from this work, but there’s a fire in your bones and it won’t let you give up.

Take heart! God has a promise for you.

“I will make you a wall to this people, a fortified wall of bronze; they will fight against you

but will not overcome you, for I am with you to rescue and save you,” declares the Lord.

“I will save you from the hands of the wicked and deliver you from the grasp of the cruel.” – Jeremiah 15:20-21

How do we best demonstrate our knowledge of God? How do we show that our priorities are His priorities?

By rescuing the helpless.

You stand in the gap for the most vulnerable of God’s image-bearers.

Be assured, He who called you to this great work—before you were born—is well pleased.