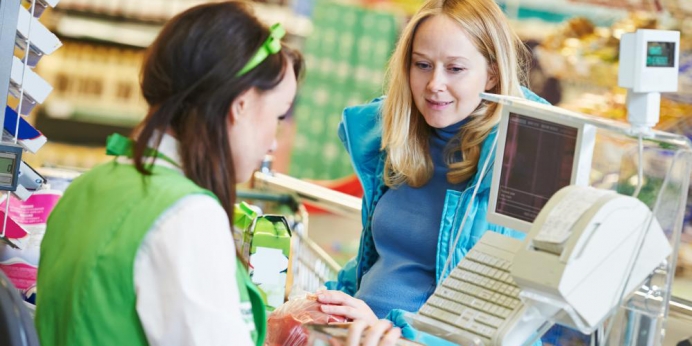 Why I'll Take the #ShoutForLife at the Checkout Line Any Time

For some reason, last week’s column garnered derision from some abortion proponents in the social media world, with one tweeting me to say that “anti-abortion ‘help’ involves shaming women and lies.” The hashtags she used in her tweet told me all I need to know: “#Prochoice is #prolife” and “ShoutYourAbortion.”

I’m not into Twitter wars, so I didn’t respond. It’s difficult to have an in-depth conversation regarding these issues on social media, virtually impossible. I would have loved to sit down with this young woman, listening to her reasoning and asking God for wisdom in a response.

Interestingly, the day I received notification of the tweet in question, I was at a fundraising dinner where I listened to a young lady tell her adoption story. With tears in her eyes she talked of a new-found faith, of a center that respected her and walked her through a challenging time with love and incredible compassion.

Two days later? At another dinner I had the privilege of meeting another young lady who went to a pregnancy center, then moved into their maternity home. After that, she lived at a home they provided where she could get on her financial feet, care for her child and build a future. Oh, and I met the man she recently married, too. To them, the pregnancy help center she found was part of God’s story of bringing a new life of hope.

I’m not a psychologist, but neither of these women or their husbands, seemed “shamed.” Neither talked of being lied to. Actually, they looked complete to me. They were thrilled with the decisions they made, excited about the lives they are living and hopeful regarding the future.

Not long ago I sat down with an executive director in the Southwest. We were preparing for her annual banquet and soon we were talking far beyond logistics and details.

She once owned a successful franchise company in the Phoenix area. She decided to sell, then was offered a franchise in another state. She and her husband moved, only to soon see her opportunity disappear when a conglomerate bought the family-owned company. She was left with nothing.

Tweet This: #Prolife centers have plenty to shout about. Our clients know it. @KirkWalden #Adoption

When she received the offer from the pregnancy help center she knew two things. One, the center was paying all it could. Two, it would not be enough. This is quite different than Planned Parenthood’s situation, where our tax dollars fund lavish parties, first-class travel and exorbitant salaries.

“I told them I would serve in the executive director’s role for six months,” she said. “I had enough savings to do that, and in the meantime I would look for another job.”

While looking however, something amazing happened. “I went in to interview for a position in development at (a local university) and in the hour I was there, the person interviewing me gave me a crash course in fundraising!”

This gave her had an idea. “I went back to the board and said, ‘If I can take what I’ve learned and raise the ministry more money, can you pay me enough to make this work?’”

On a handshake, the deal was made. Lainie got started. Five years later, the center has opened a second location; a medical clinic with ultrasound and STI testing. The budget is now far beyond anything imagined when she walked in the door.

“The other day I got a call, asking me if I wanted to come back to Phoenix and get back in the business I was in,” she said.  She knew the offer could mean going back to the lifestyle she lived, where money was not an issue. Would she take it?

“I told him I was honored,” she says. “But I would never want to give this up.”

My friend understands we are about giving women and men new hope; and lives are saved in the process. Few of us would turn down a larger salary, certainly. But we realize loving our neighbor means so much more. We just don’t want to give this up, at any price.

The antagonists on Twitter who wish to #ShoutYourAbortion simply do not understand. I pray someday they will.

I often tell the story of standing in line at a large retail chain and as I reached the checker, she asked if she knew me. As a former executive director, I knew this was a time to be discreet. I was vague, but she was too quick for me.

With a big smile on her face she said loudly for all to hear, “Because of you I have my baby!” For a moment, I wondered what people around me were thinking, but I smiled and laughed with her.

My friend at checkout (no, I didn’t get a discount) didn’t feel “shamed” or “lied to.” The Twitter mafia can keep tweeting. As for us, we will continue to serve and continue to provide hope.

And while some will keep trying to shout for abortion, we will take the #ShoutForLife we sometimes receive in the checkout line, any time.

Tweet This: I'll take the #ShoutForLife from the checkout line any time. @KirkWalden #Prolife