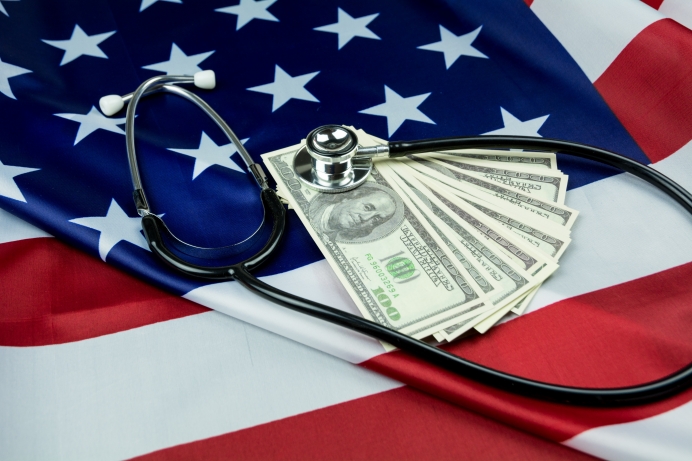 When medical associations are invested in abortion

Earlier in October, the American Medical Association (AMA), along with Planned Parenthood Federation of America, Inc. (PPFA), National Family Planning & Reproductive Health Association, and other abortion providers and advocates filed a petition with the Supreme Court to review two lower circuit court rulings concerning Title X rules which they think are in conflict and asked the Supreme Court to resolve the conflict.

In August of 2019, the Ninth Circuit Court ruled that the new Title X rules could go into effect and this is when Planned Parenthood and their affiliates decided to leave the Title X program and forgo getting federal funds from that particular source.

However, in September 2020, the Fourth Circuit Court ruled that a lower court’s blocking of the rules could stay in effect.

Since there are now conflicting rulings about the Title X regulations being allowed to go into effect, the AMA is leading the charge for a review of the rulings, hoping the Supreme Court will decide to block the Title X rules.

If you’re not sure what the big stink is about Title X rules and why abortion activists are not happy about the rules being in effect, here’s a quick review:

This meant, for example, abortion providers could show on paper how the money for providing abortions was kept separate from the money used to provide pregnancy testing, STI testing, etc.

Additionally, the money from Title X which can cover non-abortion family planning services then frees up budget space for an organization to use towards providing abortions. But the new Title X rules require strict separation of abortion services physically to ensure no Title X funds are going towards abortion.

The new rules also state no referrals for abortion as a family planning service can be given. Doctors can still give non-directive pregnancy counseling, which means they can discuss abortion all they want with a client; they just can’t promote it as a family planning option. Doctors can also still give a patient a referral list with providers on the list who also do abortions; patients would have to figure out for themselves which ones on the list do abortions.

All of this means that the Title X rules should not affect access to abortion, and there is no real reason for Planned Parenthood and other abortion providers to have withdrawn from the program and lose a chunk of their funding for what they claim is a service only taking up a minority of their total services.

They could have easily skirted the rules and still provided abortions and referrals for them for “health” reasons and not had to physically separate their services. They also could have come into compliance and separated their services as required. If no funding from Title X ever went to abortion services to begin with, then how is it so odious to come into compliance by separating the services?

What this boils down to is the AMA filing a petition so abortion providers can get federal family planning funds to use however they want, including covering abortion provision and referrals. They argue Title X rules are functionally a gag rule:

“The petitioners argue that until the Ninth Circuit’s erroneous decision is corrected, the administration’s gag rule is harming patient care and causing physicians and other health care professionals to violate ethical obligations by preventing Title X clinics from providing full information to patients about all of their reproductive care options..”

Their statement is clearly not true when you read the text of the rules. Why is the AMA lying, and why do they hold such a stake in the abortion industry? Not only are they arguing for the rules concerning federal money to be less restrictive so the money can essentially fund abortion providers, but they have also fought against informed consent laws regarding abortion.

It seems like the AMA is not invested in actual healthcare, but in funding and access to abortion at all costs. They are taking a political, not medical, stance on abortion and are demanding the government let federal money, from taxpayers, go to fund abortion providers in the name of reproductive care and freedom in confidential provider-patient conversations.