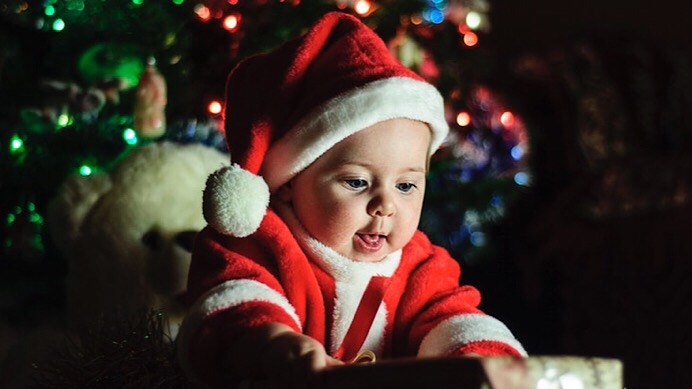 What Jesus’ Gestation Reveals about the Sanctity of Human Life

Every December, we pull out the small porcelain figures of the crèche we’ve owned since my children were the ages my grandchildren are now. An ox rests on one side of the stable; on the other, a camel. The adoring Magi, a shepherd with three lambs, and Joseph and Mary surround the infant Jesus and gaze at him serenely while he sleeps in the manger.

Given our family’s multiple moves and the sometimes over-eager hands of our growing children, there’ve been a few casualties over time.  One year a wise man lost his head, and another year Mary broke in half. Thankfully, super glue worked its magic, and now our grandchildren enjoy the crèche.

Last night, looking at the little figurines shadowed in candlelight, I pondered again the significance of Emmanuel, God-with-us, and how this marvelous truth relates to pro-life work.  My thoughts took me back to the beginning, to Genesis and the creation account.

“Then God said, ‘Let us make mankind in our image, in our likeness…So God created mankind in his own image, in the image of God he created them; male and female he created them…God saw all that he had made, and it was very good.''” – Genesis 1:26-27, 31

Before this, when He creates light and sky, land and vegetation, day and night, and a myriad of creatures to populate land, sky, and sea, God sees that it is good.  But now He creates one special creature who alone bears His image—one creature who reflects Him like nothing else He has made.

He sees this particular creature as not just good, but “very good.”

Adam and Eve enjoy blissful fellowship with God and each other, but by the third chapter of Genesis, things quickly go awry. The humans disobey God’s one command about eating from the tree of the knowledge of good and evil, and He banishes them from the Garden of Eden.

Yet even at this dreadful moment of curse and separation, a seed of hope is planted. To the serpent, God foretells:

“And I will put enmity between you and the woman, and between your offspring and hers; he will crush your head, and you will strike his heel.” – Genesis 3:15

This is the first of many prophecies concerning the coming One who would make it possible for humankind to be rescued from the power of sin and restored to fellowship with God once again.

Fast forward to Bethlehem, where this Rescuer slips into our world, birthed by a poor Jewish girl forced by circumstance to spend the night in a filthy cave meant for beasts. Few people are aware of the identity of this Child: Mary and her husband Joseph, some wise men on their way from the East, and a group of bewildered shepherds who gather their wits and hasten to the stable after witnessing a glorious choir of angels pronounce the birth of Christ.

And so there is this moment captured by the crèche, this fulfillment of so many Old Testament prophecies, the coming of our Savior Jesus into a world inhabited by broken men and women whom He comes to redeem.

The crèche reminds me of this culminating moment, but it also hints of a profound reality blossoming in the months previous to that night in Bethlehem.

Before the heavenly choir exulted, “Glory to God in the highest heaven, and on earth peace to those on whom his favor rests,” the angel Gabriel made a personal proclamation to Mary.

“Do not be afraid, Mary; you have found favor with God.  You will conceive and give birth to a son, and you are to call him Jesus.  He will be great and will be called the Son of the Most High… his kingdom will never end…The Holy Spirit will come on you, and the power of the Most High will overshadow you. So the holy one to be born will be called the Son of God.” (Luke 1:30-33; 35; 37)

Gabriel’s announcement is packed with promise and meaning, but one thing that might escape our attention is this: between the phrases “you will conceive” and “you will give birth,” forty weeks of gestation would take place.

Take a slow breath and ponder this for a moment.

God incarnate, Jesus the Messiah, fully God and fully man, arrived in our world, not first as an infant in a manger, but as a zygote in Mary’s womb.

He took up residence in that dark, quiet place, growing into an embryo and then a fetus,  deep inside a poor, powerless young woman who belonged to an oppressed people group living in perilous times. As Paul points out in the second chapter of Philippians, Jesus chose the most humble means possible to reach us—including those vulnerable months in the womb.

Hebrews 2:17 says, “…he had to be made like them, fully human in every way, in order that he might become a merciful and faithful high priest.”

Jesus didn’t skip any part of the human experience, including gestation. What does this say about the sanctity of human life?

Tweet This: Jesus didn’t skip any part of the human experience, including gestation. What does this say about the sanctity of human life? @SusanneMaynes

Jesus’ gestation tells us that experiencing forty weeks in the womb is an integral part of being human. It tells us the womb is a sacred space, and gestation a precious miracle worth guarding. It tells us no amount of difficult circumstances are reason enough to destroy a human life growing in the very place God created as a sanctuary.

God has spoken through His Word, through His angelic messengers, through the Incarnation. For those with ears to hear, Jesus’ gestation motivates the pro-life mission by providing a simple but stunningly powerful truth.

Jesus Christ, the image of the invisible God, the firstborn over all creation, in whom and through whom and for whom all things were created and are held together, spent the first nine months of His earthly journey in the womb (Col.1:15-16).

Need He say more about the sacredness of preborn human life?