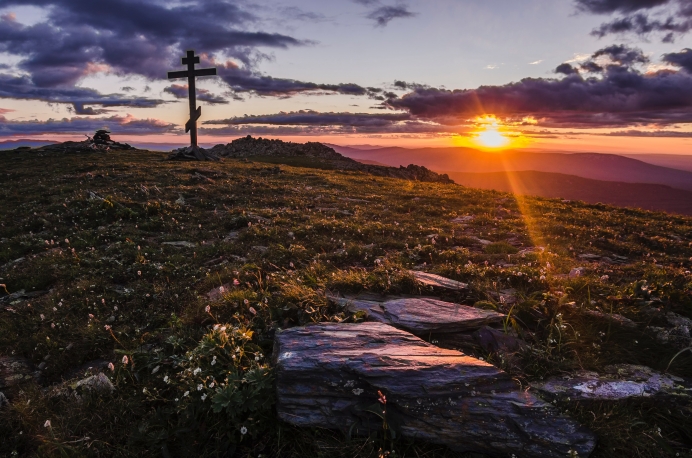 What do we expect?

After Good Friday there was a sorrowful time before daylight on Easter Sunday. There was the long Saturday in between, when death surrounded the first followers of Jesus – the fear of their own death and the sight of their Master dying on a cross. The death of Jesus looked like defeat.

In some ways, we live in that Saturday now. We hear of death all around us. A deadly plague shadows our land: over the years millions and millions have died from abortion. It’s ghastly to think of the methods used to kill babies in their mothers’ wombs before they are delivered into the arms of God.

It was similar for the disciples in Jesus’ day. Their nation of Israel had died under enemy hands. But they began to hope when they saw the power of Jesus’ miracles and the truth of His teachings. When He rode into Jerusalem as an anointed king, they expected their nation to be resurrected.

Instead, their Teacher suffered thorns, spit and nails. It is profoundly terrifying to think of Jesus suffering the consequences of all our sins while hanging on a cross of torture.

After the crucifixion, the disciples didn’t know what to expect.

But Jesus had told them what to expect. More than once, He told them He would rise from the dead. Yet, they expected to find death in the tomb. The women prepared spices for a dead body. The men walking to Emmaus expected to be sad and disappointed. The apostles thought they’d better hide. The unbelieving religious leaders expected some soldiers to contain the Savior of the world in a tomb with little more than a stone and a seal.

What do we expect? Do we expect death to keep ruling? What has Jesus told us to expect?

Tweet This: What do we expect? Do we expect death to keep ruling? What has Jesus told us to expect?

We, like the disciples, may look around us and see loss.

But Jesus told us what to expect. He wants us to pay attention to His Word and remember His promises.

He will win out in the end. He will deprive death of its sting. He promises that “…everyone who beholds the Son and believes in Him will have eternal life, and I Myself will raise him up on the last day” (John 6:40).

What does He expect of us?

He tells us to be His witnesses, to make disciples, and to stay on the alert for His second coming. As we share the gospel with women and men, and show love for their unborn babies, we are doing what Jesus expects of us.

Tweet This: As we share the gospel with women and men, and show love for their unborn babies, we are doing what Jesus expects of us.

We live in that Saturday between. We live in a time where it seems evil might always prevail, and babies continue to die, and women and men continue to suffer. It is at a time like this that the greatest, eternal victory will soon come up with the sun on a Sunday morning.