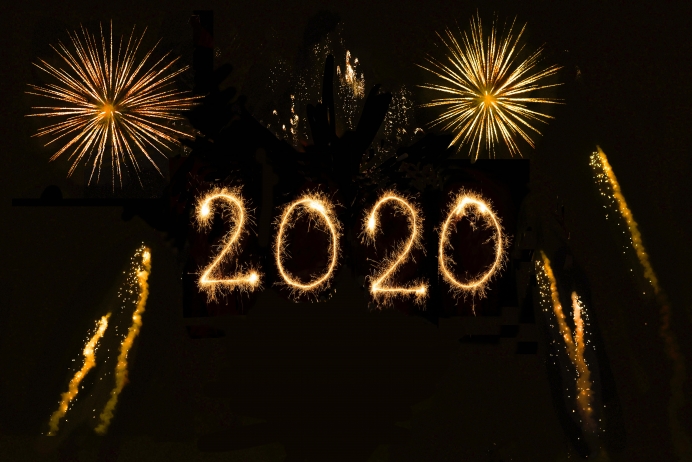 What do the Roaring 2020s have in store?

A new decade is upon us, and if I can steal a phrase nearly 100-years-old, it’s time for The Roaring 20s, Part II. What can the pregnancy help community learn from the decade of flappers and prohibition to help us predict the next ten years?

The 1920s ended with a stock market crash, but the decade was full of economic growth. We began mass-producing automobiles and other items, leading to jobs for everyone.

In the next 10 years? Our economy is blasting off again, which means pregnancy help ministries—if positioned and well-trained in development—have every reason to look toward expansion. We predicted this last year, and for now, the door is open for financial growth.

Communication for the masses

Radio took off in the 1920s, giving the average person access to news and entertainment they’d never had. Athletes, actors and actresses (with the rise of movies, even talkies!) became household names, creating a celebrity culture.

Today, we communicate with pocket devices which give us everything from breaking news to cat videos. And celebrities? Our latest household name could be an athlete or Hollywood icon as it was 100 years ago, or it could be someone posting a YouTube or Instagram video in mom’s basement.

As for our news, the average Joes and Janes will increasingly choose their news sources from the web, podcasts and a myriad of television news choices. Oddly this takes us back to the days of early America, when newspapers openly declared allegiance to one of the major political parties. In the 2020s, any “mainstream” outlets will either choose sides or cease to be relevant.

The good news for us? This decade will be full of opportunities—through new media—to present our message. In the last several years we’ve already seen this with pro-life leaders featured on major cable news outlets. Expect this trend to accelerate, rapidly.

Tweet This: ”This decade will be full of opportunities—through new media—to present our message”

And, with the incredible technology we carry with us in our pockets and purses, the pregnancy help community will soon—we’re close now—have a perfectly level playing field as we compete with those who oppose our work. As we increasingly use technology to our advantage, our winning message has every opportunity to prevail.

A lost generation and a challenge

The 1920s featured a cynicism among young people, disillusioned over materialism and questioning what they perceived as hypocrisy in older generations. The 1920s response to this cynicism? New fashion (especially for women), a looser moral code and rebellion against social mores.

Today’s generation has much of the same disillusionment, the same arguments against materialism, and rebellion against social norms. It appears we’re right back where we were.

Because the 1930s gave us a depression and the 40s handed us a second World War, things like social rebellion, challenging accepted morals and fretting over materialism soon took back seats on society’s priority list. These issues didn’t crop up again until the late 1960s.

What about the 2030s and 2040s? We don’t know what the future holds, so we—the 2020s pregnancy help community—must take on the challenge of today’s generation with wisdom, love and a wholehearted commitment to providing the hope many cannot see.

In real-life terms, it means attacking the idea that bringing a new life into this world harms the environment and destroys the dreams of a mother and father, without attacking the many young people who’ve come to believe this tragic message.

But how do we accomplish this? Ahhh, this is the challenge we face each day and for the foreseeable future.

If we take advantage of our expanding power to communicate with each other, we’ll become nimbler, more able to adapt and more effective in sharing our message of hope to a lost generation.

Tweet This: "If we take advantage of our expanding power to communicate [] we’ll become .. more effective in sharing our message of hope .."

What about Planned Parenthood? Abortion?

Interestingly, while Margaret Sanger opened her first birth control clinic in 1916, it was in the 1920s—1923, to be exact—when she founded the American Birth Control League, which would become Planned Parenthood in 1941.

So, while Planned Parenthood “celebrated” its 100th year in 2016, it still has four years left before it is 100 years old as a national organization.

Will it make it? Probably. But by the end of these Roaring 20s, it’s quite possible Planned Parenthood will meet its demise.

With the consumer shift in media allegiances, Planned Parenthood’s true motivations will continue to be unmasked. More scandals will be revealed. Fact? It’s only a matter of time. And time is running out for this corrupt organization.

Tweet This: With the consumer shift in media allegiances, Planned Parenthood’s true motivations will continue to be unmasked.. more scandals.. revealed

Does abortion end, too? Perhaps. With so many moving parts, from legislation to the courts to the real-life challenges of an unexpected pregnancy, it’s so hard to tell.

But as the 2020s begin, life has the momentum, and it’s growing. I can’t wait to find out what’s next.