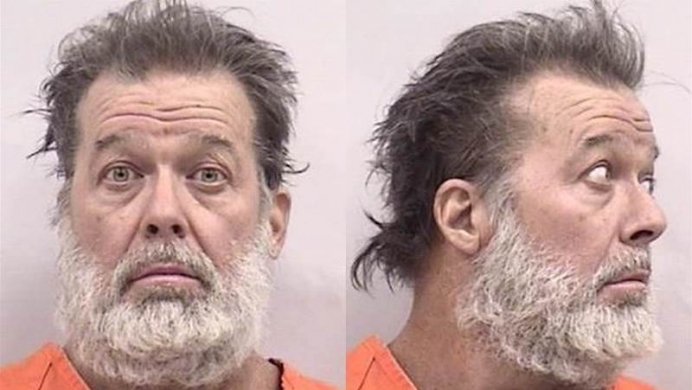 What Can We Say in Light of the Colorado Springs Shooting?

It’s been just shy of a week since a maniac named Robert Lewis Dear launched his deadly attack on people inside of a Planned Parenthood in Colorado Springs.

Dear, a known recluse who has no links to any pro-life or so-called “anti-abortion” groups, has nonetheless been tabbed as the poster child of the pro-life movement by members of the media. This has been the case in both the U.S. and abroad. Sadly, some have gone as far as to suggest pro-life GOP candidates took pleasure in the slayings that left three dead, including a pastor of a church who supports a pro-life pregnancy center.

Elected members of Congress have also joined the fray, shifting the blame from the lone gunman to the roughly 50 percent of Americans who oppose abortion on-demand. It is the “rhetoric,” we are told, that an unborn child is a life worthy of protecting that is responsible for a murderous rampage by a clearly disturbed, evil man.

Planned Parenthood, for its part, did not even wait until the hostage situation Dear created was over before issuing a statement through its regional affiliate, blaming pro-life “extremists” for “creating a poisonous environment that feeds domestic terrorism in this country.”

Rather than the blame falling at the feet of a 57-year-old man who will likely spend the rest of his life in prison, we are told the true culprit, is the public conversation sparked by a series of undercover videos revealing Planned Parenthood’s involvement in the harvesting, distribution and for-profit sale of baby body parts.

Tweet This: To harm another is always wrong. There's no "but #PlannedParenthood" in this. #prolife

Now, as many have pointed out (Jonah Goldberg’s article today and Mollie Hemingway’s article Nov. 30 are great places to start), it’s hardly an overstatement to say that every single reference to the “anti-abortion rhetoric” as a cause—primary or otherwise—to Dear’s actions is false and dishonest to the core.

Pro-life individuals and groups are committed to the reality that every single life has inherent value from the moment of conception to the moment of natural death. That means we don’t kill each other under pretty much any circumstances—issues such as war, self-defense and capital punishment are approached with an air of caution and clarity.

Even though violence of any kind in the “name” of the pro-life cause is exceedingly rare—a total of eight dead over the course of nearly 43 years—our understanding of the value of life compels us to unrestrained compassion for the victims, all three of which leave behind two children and loved ones who will be heading into the Christmas season with the unspeakable pain of loss.

We grieve with these families. And to tell the truth, we would betray our own convictions if we failed to grieve every bit as much if one of the dead included an abortion worker. We would be wrong if we failed to grieve the murder of even the most prolific abortionist, since he or she is uniquely created in the image of God and an irreplaceable member of the human family. Period.

To harm another person is always wrong. There’s no addendum to this. There’s no, “But Planned Parenthood…” There’s only, wrong.

Can we take a minute and agree? These are true statements, at least in part.

Yes, the cause of Dear’s deadly assault goes deeper than his actions November 25. Yes, we need—always—to move toward greater civility, especially when we’re talking about issues of life and death.

Yes, We Can Look Deeper than Robert Dear’s Actions

The cause of this man murdering three others lies beyond his actions. Dear murdered and destroyed because, in biblical terms, he “desire[d] but did not have, so [he] murder[ed].” Deep in Robert Lewis Dear’s soul, there was an unmet desire—for what, we don’t know—that so consumed him that he murdered.

Did he desire to end abortion by murdering? We don't know, but in all honesty, it’s likely that he did. That’s not a pretty truth, but it’s a probable one. But we also need to understand that Dear likely held—and still holds—other beliefs that we would all agree to, regardless of what we think about abortion.

Dear obviously believed that some people use guns to kill others. Does anybody disagree with that notion? In all likelihood, he believes in gravity, the second law of thermodynamics and the unhealthy effects of tobacco use. The reality is, truth lies outside of ourselves. We don’t create or define truth, we recognize it.

Yes, something deeper and more sinister was behind Dear’s actions. It was unmet desire—his own sin, wickedness, depravity—that put him at that Planned Parenthood last Friday.

Yes, We Should Take Inventory of Our Tone

And what of civility? Should we use this opportunity to take the pulse of our tone in the pro-life movement? Yes, there’s not a doubt in my mind we should.

Just last week, we pointed out five reasons pro-lifers should be thankful, and one of those was, “A unified woman-centered approach.” We pointed out that the theme for March for Life 2016 is, “Pro-Life and Pro-Woman Go Hand in Hand.” We celebrated the pregnancy help community’s long-standing compassion for women and families in unexpected pregnancies.

Here's part of what we said:

Now more than ever, we are aware of abortion's long-term effects on women, men, siblings and others, both as a larger society and as a united movement for life. At the center of the equation, however, is always a woman who is asked to make a choice. More than anything, she needs to hear a tone and a message of compassion and hope.

She needs to know there are alternatives to abortion. But she needs to always hear that message of hope, saturated in Christ-centered love. This isn't by any means a new concept—Heartbeat International's The L.O.V.E. Approach, a training manual for pregnancy help staff and volunteers, has captured this vision since its first version in 1994.

Increasingly, our tone is matching our message in all aspects of the pro-life movement. It's impossible to say, but it's worth speculating that this subtle shift may correspond to many pro-life leaders' backgrounds of involvement in a past abortion decision. Those who have been loved much can love much in return.

The point is, civility and compassion are not new concepts, and they’re by no means foreign to the pro-life movement. As a largely Christian camp, love is who we are. Compassion is who we are.

Compassion is why we do what we do. It’s why we pray at abortion clinics. It’s why we reach out to women and families who think abortion is their only hope. It’s why we establish pregnancy centers and medical clinics and mobile ultrasound units and pregnancy helplines and maternity homes.

And compassion is why we will continue to love those who will malign us in the wake of this tragedy.