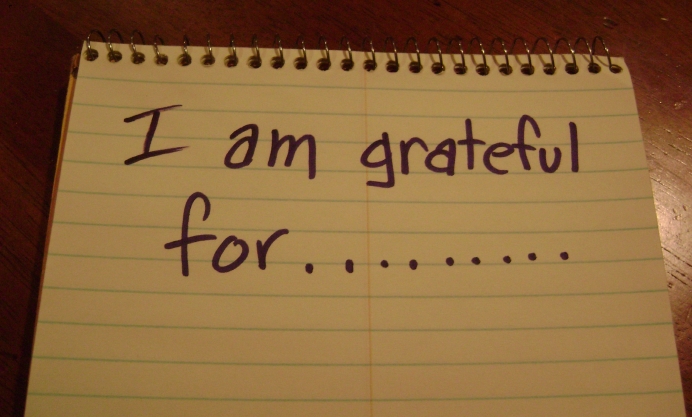 5 Things to Make Pro-Lifers Thankful in 2015

It's Thanksgiving week 2015. As you make preparations to celebrate the holiday with family and friends, feast your eyes on five reasons you can be thankful this year.

During the oral arguments for Roe v. Wade, Justice Potter Stewart identified the essential question under review: "And the basic Constitutional question, initially, is whether or not an unborn fetus is a person, isn’t it? That’s critical to this case."

Today, nearly 43 years later, advances in technology and medicine have left no doubt that a preborn person is, well, a person. In fact, the most recent undercover video from the Center for Medical Progress captures a prominent abortion provider making the case to her fellow practitioners that the truth of what an abortion actually is is better left out of the discussion altogether.

Why? Because truth always endangers the abortion industry which perpetuates itself on a foundation of lies and willful ignorance.

And, thanks to the advancement and ever-increasing prevalence of ultrasound technology, it's getting harder and harder to deny or avoid the truth of life in the womb. Consider the difference we've experienced in just one generation: My mother was pregnant with my brother in 1980, she had zero ultrasounds. Her second pregnancy, with twins in 1983, she had two. In both our pregnancies, my wife has access to an ultrasound at every single appointment.

More crucial to this conversation, there are well over 1,000 free ultrasound units at pregnancy help organizations across the country today, offering women a "window into the womb" as they face an unexpected or difficult pregnancy. It's a miracle to think that these women don't have to be in the dark when it comes to the information they need to make the healthiest decision for everyone involved in an unexpected pregnancy.

In addition to ultrasound services--available through roughly 62 percent of pregnancy help organizations--a rising number of centers are now offering STI testing to their clients, and over 20 organizations (many with multiple locations) are offering full prenatal care as part of their community-supported services.

2. An increasing awareness of life-affirming alternatives to abortion.

Even though it failed to gain unanimous support, members in both houses of Congress introduced the first-ever resolution at a federal level backing pregnancy help organizations earlier this month.

Brought forward by Sen. Mike Lee of Utah and Rep. Vicky Hartzler of Missouri, the resolutions point out what many have been saying for years, that pregnancy help is good for America. The resolutions also followed a trend that saw Colorado become the 18th state to pass a state-level resolution this April.

As the Center for Medical Progress undercover videos prompted a House Judiciary Committee meeting researching Planned Parenthood's involvement in the trafficking of body parts from aborted babies this September, abortion survivor Gianna Jessen urged women in unexpected pregnancies to turn to life-affirming pregnancy help through Option Line, a 24-7 contact center and website (OptionLine.org) connecting women in crisis pregnancies to help near them.

Tweet This: "We are not a nation without options." #@giannajessen. #prolife #Thanksgiving

"We often hear that if Planned Parenthood were to be defunded, there would be a health crisis among women without the services they provide," Jessen said. "This is absolutely false. Pregnancy resource centers are located nationwide as an option for the woman in crisis. All of their services are free and confidential, and they can be reached by texting: 'HELPLINE' to 313131. There is access to vital exams for women other than Planned Parenthood. We are not a nation without options."

As the March for Life 2016 theme captures so well, "Pro-Life and Pro-Woman Go Hand in Hand." That has been the rallying cry for the pregnancy help community since its inception in the late 1960s, when groups of pro-life medical professionals began banding together locally and nationally to serve women with real options and practical help as abortion was legalized from state to state.

Now more than ever, we are aware of abortion's long-term effects on women, men, siblings and others, both as a larger society and as a united movement for life. At the center of the equation, however, is always a woman who is asked to make a choice. More than anything, she needs to hear a tone and a message of compassion and hope.

She needs to know there are alternatives to abortion. But she needs to always hear that message of hope, saturated in Christ-centered love. This isn't by any means a new concept--Heartbeat International's The L.O.V.E. Approach, a training manual for pregnancy help staff and volunteers, has captured this vision since its first version in 1994.

Increasingly, our tone is matching our message in all aspects of the pro-life movement. It's impossible to say, but it's worth speculating that this subtle shift may correspond to many pro-life leaders' backgrounds of involvement in a past abortion decision. Those who have been loved much can love much in return.

Make no mistake about it, Big Abortion is reeling. And we could have said the same thing before this summer's release of undercover videos by the Center for Medical Progress. (In fact, we did!)

While it fights a losing battle against even minimal state-level protections requiring surgical abortion facilities to submit to—oh the humanity—surgical facility standards, and trying to put out the PR fires of its own making, Big Abortion is also doubling down on what it clearly sees as a formidable threat to its monetized monopoly on women in unexpected pregnancies: life-affirming pregnancy help.

As long as pregnancy help organizations and people meet women with compassionate support, information on all options, and the irreplaceable presence of another person, abortion's stronghold is under serious threat. Planned Parenthood, NARAL Pro-Choice America and others understand that.

Community-supported pro-life nonprofits threaten their bottom line, and since Big Abortion is unable to offer anything other than one increasingly unwanted product, the industry has appealed for help to the politicians it has helped underwrite into office.

The past year alone has seen one long-standing assault on life-affirming pregnancy help centered in Baltimore end disastrously for Big Abortion. Committed to repeating the mistakes of the past, the abortion lobby has brought the fight against pro-life pregnancy centers at the state level in California and Illinois, the former of which is set to be challenged via injunction at a Dec. 18 hearing.

Meanwhile, pro-abortion advocates, perplexed at the notion that pregnancy help organizations could truly exist for the sole benefit of their clients, have resorted to bizarre extremes, trotting out self-defeating arguments against life-affirming help in the public square.

5. We are on the right side of history.

Last week, we shared the story of Heartbeat of Miami converting its second former abortion clinic into a pro-life pregnancy medical clinic.

These dramatic stories of ex-abortion facilities turned into life-saving outposts--and there are many more like them--are part of a larger trend of the pro-life community growing in number and sentiment as former abortion workers leave the industry to save lives instead.

To state the obvious, the abortion industry sees this as a negative trend. Of course, to those to anyone who cares more about enabling women to choose life for their children through practical help and compassionate support, these stories are a welcome foretaste of a day when abortion is not only unwanted to individual women, but when we come to the understanding that abortion is unthinkable as a so-called solution for an unexpected pregnancy.

Tweet This: We are on the right side of history. #prolife #Thanksgiving

At a deeper level, we know we are winning because we know--to borrow a phrase--that love wins in the end. We see it happen every day, one life at a time through pregnancy help people, and we hold a deep and abiding confidence in the ultimate Victor over death--the resurrection and the life.

With all the opposition marshaled against pregnancy help organizations, it's clearer now then ever: we are winning. For that, we can be thankful this holiday season.

Did we miss one? Let us know on our Facebook page.