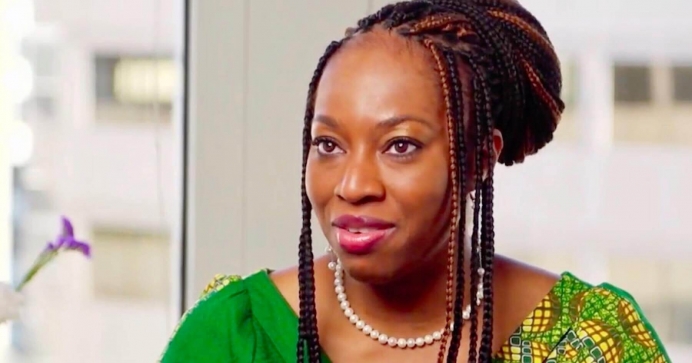 (Right to Life UK) Filmmaker, author, and social activist Obianuju Ekeocha has accused Western nations of ‘neo-colonialism’ due to their efforts to impose abortion on Africa during the COVID-19 pandemic, in a new report from Culture of Life Africa.

In a a new report by, entitled “Africa’s Pandemic: A Gateway to Neo-Colonialism”, Ekeocha has accused the UN and a number of Western nations, including Canada, the U.S. and the U.K., of “humanitarian blackmail” as they seek to capitalise on the global crisis by imposing abortion on the continent.

The UN has provided additional funding to a number of African nations this year in the form of ‘Covid Relief Funds’, however, Ekeocha says that this funding is coming “with conditions and clauses that either directly or indirectly open the door to the international abortion organisations, as Western donors are demanding… more access to sexual and reproductive health and rights [abortion]”.

At a time of acute need in terms of food, water and basic healthcare needs, “[Western] donors seem to be much more concerned with furthering the territories of the abortion movement”, she said.

“Strengthened by this new infusion of donor funds at a time when many communities find themselves weakened and vulnerable under the burden of a global pandemic, abortion advocacy groups… have made inroads into some African countries. In these countries we are now seeing fierce attempts to push for the legalisation of abortion”.

Ekeocha speaks with a pro-life advocate at the UN, Elyssa Koren of ADF International, who reports how various pro-abortion actors, including MSI Reproductive Choices, are using the pandemic to try to create an international human right to abortion, by classifying abortion as an ‘essential healthcare service’.

Tweet This: Pro-abortion actors R using the pandemic 2create an international human right 2abortion by classifying it as an essential healthcare service

Similarly, the report shows that in Malawi and Kenya, foreign organisations are attempting to use the pandemic to force abortion on nations which overwhelmingly oppose it.

Dr Zacc Kawalala, the chairman for the Ethics, Peace and Justice Commission of the Evangelical Association of Malawi, said “We should be allowed to go through our own processes, and if the people of Malawi are saying, through their members of parliament, no to abortion bills being reviewed, then let the west stay put. Leave Malawians [to] decide for Malawians”.

While developing countries have been asking for ventilators and PPE, the UK Government has given an extra £10 million to the UNFPA (United Nations Population Fund) targeted at developing nations, including a number of African countries, which includes spending on abortion.

African countries are in desperate need of ventilators, personal protective equipment and basic medical supplies as cases of COVID-19 continue to grow there.

The United Nations projects that, even in the best scenario, the continent’s 54 countries with a population of 1.3 billion people, will need 30,000 ventilators this year.

However, recent reports claim there are only 2,000 ventilators across the continent and that ten nations have no ventilators at all.

The World Health Organization’s Regional Director for Africa, Dr Matshidiso Moeti, stated that “the issue of ventilators is one of the biggest challenges that the countries are facing.”

Despite this huge challenge, the UK Government has decided to divert some of the international development spending that could be directed to funding this vital equipment to instead spend on funding more abortions for developing countries.

Right To Life UK’s spokesperson, Catherine Robinson, said: “This report exposes a global trend that has been gaining momentum silently as the world’s attention is occupied by the pandemic. International abortion providers and advocates have spotted an opportunity to further abortion through ‘humanitarian blackmail’. Developing nations need access to ventilators and ICU beds, not abortion”.

Tweet This: International abortion providers/advocates have spotted an opportunity to further abortion through ‘humanitarian blackmail’-Right to Life UK