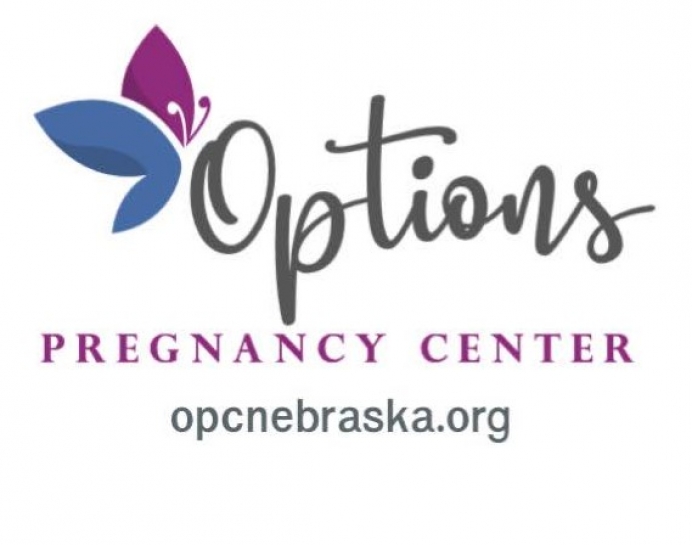 A beacon of hope for women with unplanned pregnancies: Pregnancy center set to open in western Nebraska community

Towering above the western Nebraska prairie floor, a natural landmark called Scotts Bluff assisted 1800s pioneers who trekked west. In just a few months, the nearby community, after which the historic site is named, will also become a beacon of hope – this time, for women experiencing unplanned pregnancies.

Options Pregnancy Center of Western Nebraska will open in Scottsbluff soon, becoming the first pregnancy center to serve that community and nearby Gering. Just as the nearby bluff, now known as Scotts Bluff National Monument, let emigrants and Pony Express riders know they were on the right path, the goal of Options is to help women find the right path during an unplanned pregnancy.

“We hope to provide education and encouragement for people who are facing an unplanned pregnancy and give support in general,” said Meagan Stobel, president of Options’ board of directors. “Our goal is to provide a place for people to go … a loving, caring environment where we say, ‘It’s going to be okay. You’re going to get through this. These are your options and this is what we can do to help you.’ We want to provide that love and support these women and families need.”

Tweet This: “We hope to provide education and encouragement for people who are facing an unplanned pregnancy and give support in general”

The center will serve not only Scottsbluff, but also nearby Gering; the communities have a combined population of about 25,000, Stobel said. Options Pregnancy Center of Western Nebraska is also the latest pregnancy help organization to be the recipient of a Life Launch Grant, Heartbeat International's program that supports new pregnancy help center start-ups to open their doors, particularly those in under-served communities.

Foundation of the center

A local pastor came up with the idea of a pregnancy center for the area about two years ago. Stobel serves as the pastor’s assistant.

She and others traveled to Cheyenne, Wyoming, and toured LifeChoice Pregnancy Care Center, where the group received further guidance and information on the operating a pregnancy resource center. They convened the first board of directors meeting in November 2019 and began preparing the creation of center in Scottsbluff. The board is currently searching for an executive director, and once that position is filled, Options will open, Stobel said.

“We have a building, and we have lots of things we need to open. The main thing we’re waiting on is hiring an executive director. Once we have the director, we will open,” she said.

The building the organization rents is approximately 1,200 square feet.

“It’s a good location, but almost hidden. We kind of liked that (for women’s privacy reasons),” she said.

Choosing the name Options allows women who may need the center’s services to know more about it almost immediately.

“We brainstormed names, and it’s the one we liked,” Stobel said.  “We liked it wasn’t overtly Christian, even though our center is going to be. If anybody, regardless of faith, was pregnant, it wouldn’t draw people away from our organization.”

According to the Charlotte Lozier Institute, slightly more than 2,000 abortions were performed in Nebraska in 2019, a minor decrease from 2018. Eighty-seven percent of reported abortions were done on state residents.

Nebraska’s laws appear to keep abortion numbers low. For example, the state requires parental consent for women under 19 to receive an abortion, and women must receive counseling on abortion facts and then wait 24 hours before having a procedure. According to the Guttmacher Institute, there were seven abortion clinics in Nebraska in 2017; most advertised abortionists are located on the eastern side of the state.

In that same Charlotte Lozier Institute report, researchers stated, “Most of the women undergoing abortions in Nebraska had already experienced a live birth. Twenty-two percent had one previous live birth, and 39 percent had two or more…”

A mother herself, Stobel believes in the establishment of a pro-life, Christian pregnancy center in her community of Scottsbluff.

“I’m pregnant right now with my fifth child, and even with a wonderful husband, a great family, grandparents who live here, and I’ve done this a whole bunch of times – that first trimester is tough,” she said. “It’s really hard, it’s really overwhelming just because you’re pregnant. I can’t imagine being pregnant and not wanting to be pregnant, not knowing anything about it.”

The small group undertaking this venture understands the need in their community, and with hearts open to the call of starting a pregnancy center in this rural area of Nebraska, they are slowly seeing the vision come to life.

“We will be a limited medical center,” Stobel said. “We have an ultrasound machine, and we’re going to provide early ultrasounds. We have three volunteer ultrasound techs, which is amazing we have so many in such a small community.”

In addition to the volunteer ultrasound techs at Options, a local physician will serve as the center’s medical director, and some people have already indicated a willingness to volunteer, Stobel said. Overall, the organization has been welcomed by the community.

“So far we’ve had lots of people who are pleased that we’re doing this,” she said.  “There are some people who aren’t super-thrilled, but, for the most part, everyone has been really supportive.”