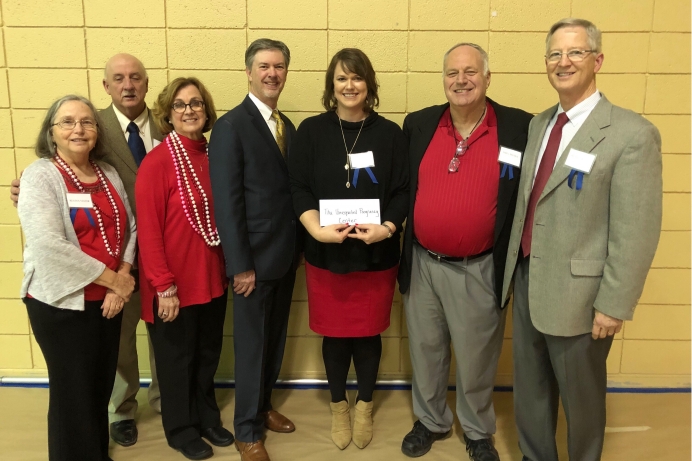 Brittany Thomson read the email, printed it out, and threw it away.

New on the job as executive director of The Unexpected Pregnancy Center in New Iberia, Louisiana, Thomson knew she needed more training but just wasn’t sure her board would spring for the cost. Her center was just about to open, and with so much to do still, Thomson wasn’t sure an out-of-state trip could be justified.

Still uncertain, she took the email back out of the trash and decided to approach the board anyway.

“‘I just feel like it’s something I can really benefit from, just never being an executive director before and being new to the pregnancy center world,’” she remembers telling them.

To her relief, the board heard her out, voting unanimously to send her to a training that would pay off in unexpected ways.

Not only was Thomson awarded a scholarship to attend the training last summer, but she was also selected as one of 20 leaders to head home with a $5,000 check designated for general operating expenses, all thanks to the generosity of one anonymous donor.

But that wasn’t it.

Along with making friends, learning, and building connections at Institute, Thomson discovered yet another opportunity to bring in funds for her incipient center: Life Launch, a $30,000 grant created by Heartbeat International to inspire a new season of pregnancy help center start-ups in under-served parts of the country. 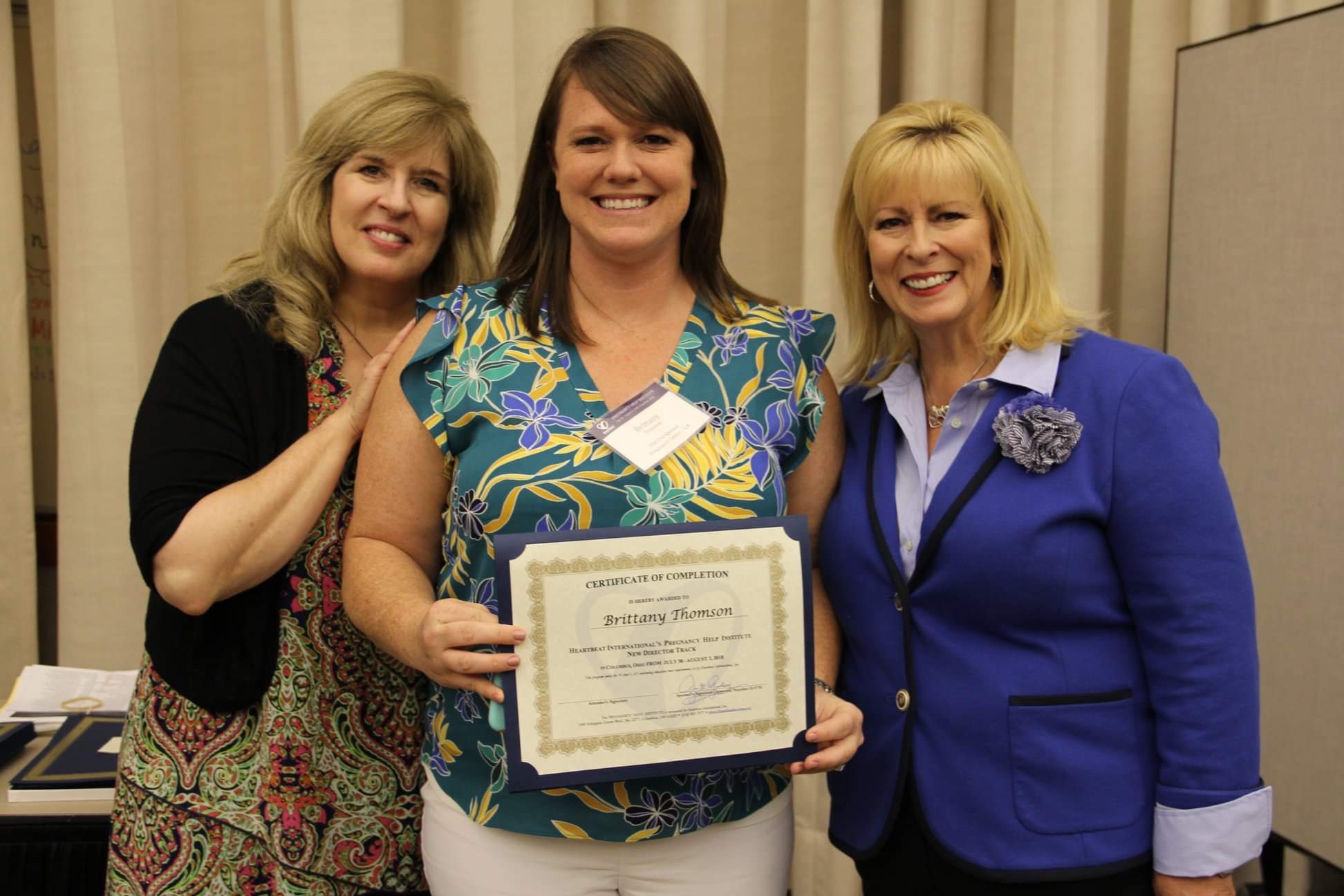 Having just opened the doors of her center a week prior to Institute, Thomson thought the grant made perfect sense for her organization. She connected with Sara Littlefield, Heartbeat’s Life Launch grant program specialist, and applied.

"Having met Brittany in July, we were thrilled to see their center's Life Launch application in the mix,” Littlefield said. “Located over 30 minutes away from the nearest established pregnancy help centers, The Unexpected Pregnancy Center was in a prime position to care for their under-served, rural Louisiana town."

In December, Littlefield called Thomson with the good news: The Unexpected Pregnancy Center was chosen as one of six centers to receive the brand new grant, a treasure trove of funds and resources to propel the new center through its first year.

Providing $10,000 in resources—such as Heartbeat International’s Pregnancy Help Starter Kit, access to the organization’s fundraising webinars, and two years’ worth of web services—a portion of the grant is directed to equipping the leadership of new centers with the knowledge and training they need for continued success.

The other $20,000 in funds are dispersed as the center achieves milestones over the course of its first 12 months.

As a matching grant, the Life Launch program requires that centers raise $30,000 within one year of acceptance into the program. Upon doing so, centers unlock $15,000 of the remaining funds. Finally, a completed legal review after one year of operation unlocks the remaining $5,000.

Two months after being awarded the grant, Thomson’s center has already met the first milestone, raising $30,000 in new funds.

“The board keeps going ‘What did we do to deserve all this?’” says Thomson. “We hit not only a home run, we hit a grand slam.”

Now open for seven months, The Unexpected Pregnancy Center has tallied over 100 visits from clients so far. Thomson, a mom of three young children with a heart for the Lord and the unborn, has had her eyes opened by the ministry she now leads.

“I had no idea what I was getting into,” she says, thinking back to when she came on board last spring. For Thomson, the most eye-opening client visit came from one woman who was clearly considering abortion.

“That first abortion-prone is always going to stick in your mind the most,” she said. “Just the nervousness she had when she came in. And the feeling that—‘Oh my goodness, there really are people out in the world that just need help and to be cared for just in order to keep their baby.’”

Tweet This: $30,000 grant fuels pregnancy center's service to women and the unborn. #prolife

Although Louisiana prohibits abortions after babies can feel pain (approximately 20 weeks) and even bars second-trimester dismemberment abortions, more than 8,700 abortions were reported to the Louisiana Department of Health in 2017.

With abortion facilities in Baton Rouge and New Orleans—each within a two-hour drive from New Iberia—the need for a pregnancy center in the rural Cajun town of about 30,000 is real.

“Pregnancy doesn’t discriminate,” says Thomson, who has seen women and girls from all walks of life come through her doors.

Looking ahead at how her team can continue to help women in need, Thomson says she is currently having a room renovated where the center will house its baby boutique. There, clients will be able to purchase maternity items and baby clothes for a small cost, or exchange “Baby Bucks” they earn by attending parenting classes.

With their Life Launch funds, Thomson says they are considering hiring another paid employee to help her in the task of serving women. They’re also weighing the possibility of purchasing an adjoining building to transform into a maternity home or a space for a fatherhood initiative.

For a center that’s been open for less than a year, Thomson’s thankful she has major support to fuel her major vision.

“I do wanna make sure that I thank Heartbeat International for everything they’ve done for us,” she said. “They’ve just made it so easy for us.” 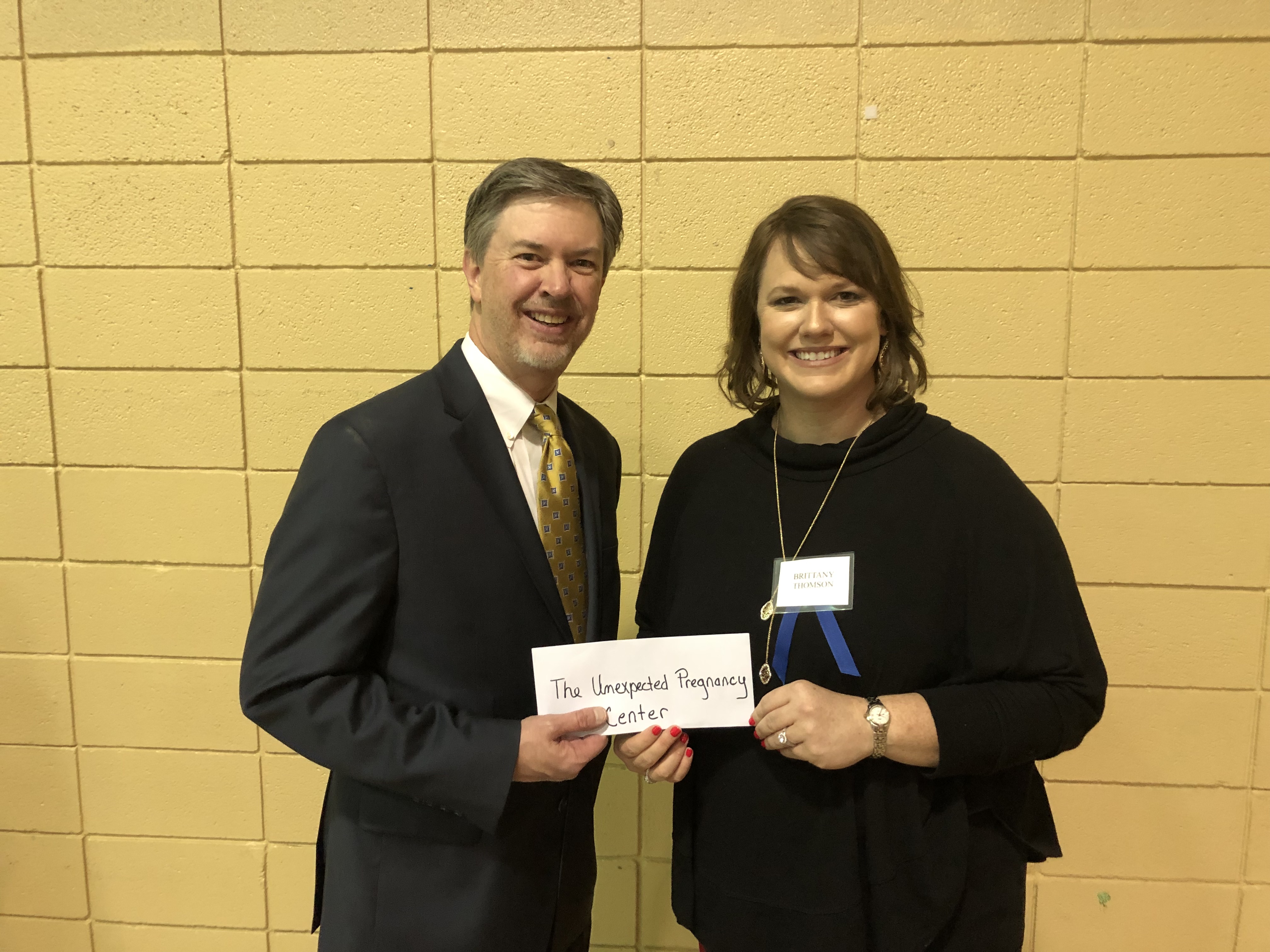 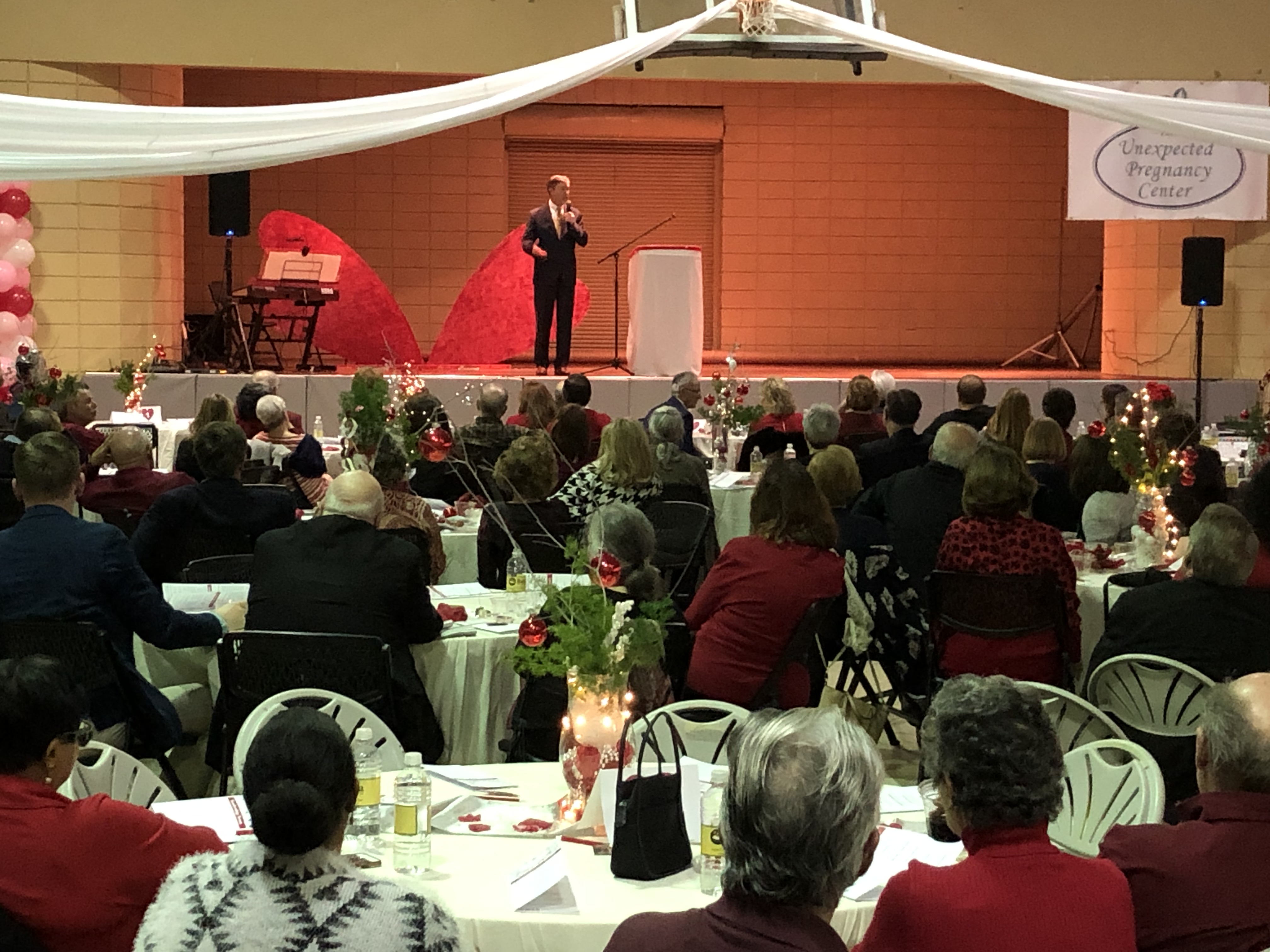