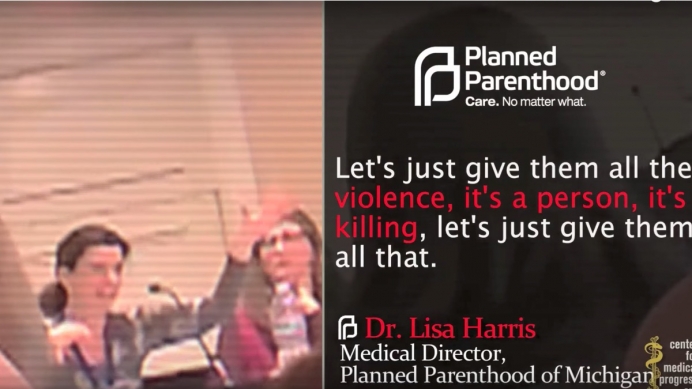 If you’re anything like me, you’ve spent pockets of time this week trying to figure out where you’ve seen Kathy Griffin. Prior to this week’s—ahem, stunt—that is.

Before she burst onto the national scene holding a mock severed head of the President of the United States, Griffin’s career reached its pinnacle as the bitter, failing comedienne so desperate for attention she turned to attacking others in a bit role on two Seinfeld episodes.

Don’t call this one a comeback, in other words.

Faced with the backlash that ended up getting her fired from her New Years’ gig at CNN, Griffin took to Twitter for an apology—a real good one if you don’t take into account that her original picture came from a staged, professional photo shoot. It wasn’t some impromptu lapse in judgment, in other words.

Yet, as the indefensible reality took hold, like zombies to the crypt, our cultural betters took to social media denouncing Griffin’s decapitation as beyond the pale. (Well, at least some of them did—guys like Jim Carrey aren’t convinced quite yet.)

It was a predictable spectacle, one that we’ve seen before and, unfortunately, should expect to see again. Apparently we’re going to have to get used to envisioning the chopped-off heads of public figures. It’s part of the culture now.

And make no mistake about it, even though the party line is to reject Griffin’s gag as too far, they key unspoken phrase is, “this time.” It’s not really that it’s too far, it’s just… right now it’s too far. Maybe next time, Kathy.

The question we should be asking ourselves is how did we get here. How did we get anywhere within 10 miles of disembodied, bloodied heads creeping into our public discourse?

In a strange turn, we’ve arrived at the figurative by way of the literal. We’re too slow to condemn fake beheadings precisely because we ignore actual beheadings going on all around us. As we’ve looked the other way while real people are ravaged, we’ve forfeited the right to expect even a modicum of civility.

Which brings us to the actual head-and-limb removers at Planned Parenthood.

Just days before releasing its latest annual report, where the taxpayer money pit quietly admitted to 328,348 counts of pre-birth murder—and it is murder, mind you—Planned Parenthood was once again exposed for illegally buying and selling arms, legs, livers and even heads it takes from the babies it kills for money.

Tweet This: We've arrived at figurative hangmen by letting in the real ones first. #KathyGriffith #DefundPP

In the latest darkened corner to come to light thanks to David Daleiden—who will one day be revered as the steely hero he most certainly is—Planned Parenthood and its fellow-mongers in the abortion industry are caught on tape both admitting to federal crimes and openly laughing at the brutality inherent in every abortion.

One look at this video, which was released May 25, tells you all you need to know about how we got to Kathy Griffin.

At five different points in the three-minute video, high-ranking representatives of Planned Parenthood, the American Civil Liberties Union (ACLU) and the National Abortion Federation jaw-jack about what happens with babies’ heads during abortions.

What’s particularly gruesome about the footage isn’t so much the laughing—there’s a lot of cackling when the ACLU lawyer talks about a baby’s eyeball falling out during an abortion. No, the laughing is disturbing enough.

What’s much more gruesome, and far more revealing, is the overall nonchalance.

This is a child we’re talking about—the least among us, the most vulnerable who is therefore the most worthy of our protection. And it’s no big deal when their heads are chopped off, or when their arms and legs are pulled off even when the baby’s still alive.

Yet, rather than prompting horror and dismay, what happened with this video? Well, it was taken down from YouTube within hours, not because it was graphic, but because a judge in California—a former donor to Barack Obama—has the abortion industry’s back.

Tweet This: "Let's just give them all that--the violence, the killing." #DefundPP.

Shockingly, the judge is considering slapping Daleiden for contempt of court charges just for releasing the video. Contempt of court? Where may I register my contempt for such an unjust court?

While the judge tramples the First Amendment to protect his pals in the abortion industry—a scandal far more Watergate than Russian-conspiracy—where is the outcry from the everyday Americans?

Where is the demand to immediately strip funding from this demon-possessed industry, which profits on the death of the innocent and then gloats about it over a glass of Chianti? Where is the demand that we hold these guillotine operators to account?

We’ve made it to the figurative by way of the literal. Until we see national repentance for the ghoulish sin of abortion, we don’t deserve a return to civility.

Until we end the actual beheadings, we have no right but to expect the fake beheadings to continue unabated.